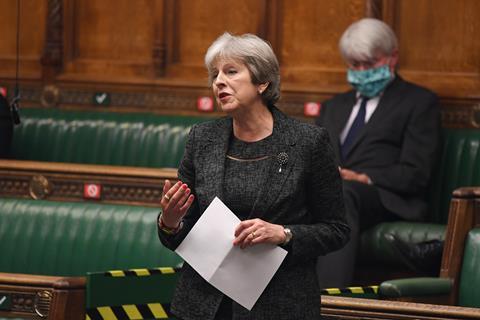 This week at least 30 MPs - including former Prime Minister Theresa May - raised objections to the government’s proposals to cut international aid. The speaker didn’t allow a vote on Monday but did suggest an emergency debate on the issue to give MPs the chance to air their views.

Over the last few parliaments, the UK has met the United Nation’s suggestion that wealthier countries should give an amount of money, equivalent to 0.7 per cent of their GDP, in aid to poorer countries. The current government, however, recently announced that they would reduce that figure to 0.5 per cent - which would see a cut of about £4bn in the amount of money the UK spends on overseas aid.

In the shadow of G7

The Government says it does plan to return to its commitment of giving 0.7 per cent “when the fiscal situation allows”, but this dispute comes at a time when the leaders of seven wealthy democracies – the UK, US, Germany, France, Canada, Italy and Japan – gather together in Cornwall for their 2021 summit. Indeed, that is why the Conservative rebels have chosen this time to launch their proposal.

Many Labour, Liberal Democrat and SNP MPs opposed the government’s proposal to cut international aid when it was first suggested a few months ago, but this Conservative rebellion means that there could now be enough MPs to force the government to rethink.

How much is enough?

The Bible doesn’t give us a literal guide as to how much the UK government should be giving to the poor. And the Government would point out that we will still be providing more than £10bn in aid at a time when Covid-19 has led to very exceptional circumstances.

When we, as Christians, think about this issue, we may well differ on specifics. But there are a few Bible passages that provide us with principles by which we can be guided.

In Deuteronomy 15:7, we are told not to harden our heart or shut our hand against our poor brother. In Leviticus 19:9-10 we are commanded not to hold on to all that we could but instead to share with the poor and in 1 Timothy 6:18 to be generous and willing to share. There are many more verses that demonstrate God’s care for the poor and his command that we, too, should be generous.

Looking after our own

I often hear people say, “Well don’t we have enough poor people here in the UK, shouldn’t we prioritise them?” The answer must surely be that it cannot be right to make the poor overseas make do with less, in order that the poor in Britain can have more. A rich country can do both, can’t it?

There are some government advisors who think that cutting aid is popular with the public. A recent YouGov poll said 54 per cent of Britons support cutting the foreign aid budget – although this has gone down from 66 per cent in November - but I’m reminded of what Edmund Burke said: An MP’s first responsibility is to their conscience, even ahead of the will of their electorate – and certainly ahead of the will of their party.

Being loyal to your party is not necessarily a bad thing. Being a team player and working with others is mostly good – but there comes a time when an MP will feel a call to break the whip if their conscience differs from the party line. It has certainly happened to me a few times, especially when my party was in government.

So, for Christians across the country, I’d encourage you to pray for wisdom for our MPs of all parties - and for courage, if that wisdom leads them to see a divergence between their views and the views of their party whips. I’d also encourage Christians to lovingly engage with their MPs, to let them know what you think. Even if you think your MP already agrees with you, it would be a great way to develop their relationship with Christians. And if you suspect that they might not agree with you, you can be a powerful witness not just in what you say, but by the gentleness of how you say it.