Our withdrawal from Afghanistan is shameful. The least we can do is welcome refugees to Britain

Tim Farron MP reflects on unfolding events in Afghanistan, what politicians could have done to stop it, and how Christians can respond in the face of fear and uncertainty 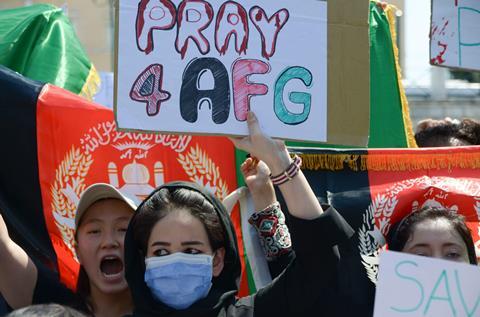 Like everyone else, I have watched events unfolding in Afghanistan with horror and grief, not to mention a huge sense of disappointment in the handling of the situation by President Biden.

It is clear that the UK must bear some responsibility for what has happened in the last few weeks. The sudden withdrawal, leaving Afghans without technical and practical support for local infrastructure or their military, created a power vacuum which the Taliban swiftly swept in to fill. As a nation, we are partially culpable for the fate and the fear of the Afghan people left behind to face the consequences.

Is this a sign of the abdication of the West from international responsibility? Or a belated recognition by the USA that nations should not seek to impose armies and governments on others?

I wasn’t an MP when the British Parliament debated going into Afghanistan in 2001, but my party supported military action for a specific purpose. In those fearful days following 9/11, the main justification at the time was that the Taliban had nurtured the bombers, and couldn’t be allowed to continue producing terrorists unhindered.

But there was more to it than this. There was also a humanitarian aspect: to support the hungry and poverty-stricken population and, as then Prime Minister Tony Blair declared in the Commons, a political aim: “should the [Taliban] regime fall…to establish a more representative Government who are based on all ethnic groupings and have broad support in the country.”

I’m not particularly a liberal interventionist seeking to impose democratic values upon the rest of the world, but putting aside the rights and wrongs of the initial intervention and the long term Western presence in Afghanistan, there are aspects of Western liberal values that most of us would argue to be universally positive. Democracy; the rule of law; education and equality for women. Tangible benefits that we take for granted in this country, and that the Afghan people, accustomed to them after 20 years, do not want to lose.

The practical upshot of recent events is that people’s lives have collapsed; their worlds have come crashing down; they face an uncertain future governed by a harsh and unmerciful regime, and it is easy to feel helpless watching it all unfold.

How should Christians pray and take action?

If, like me, you feel a keen disappointment with Biden’s approach, this is a clear sign that none of us should pin our hopes on one man, or a political or ideological movement. We will always be disappointed in earthly governments and regimes, as they are all imperfect.

But as Christians we still need to engage in politics to make a difference - to make people’s lives better - and we have a duty to press our government into treating those fleeing the resurgent Taliban regime with compassion.

In every era, Christianity is seen as out of date, but it survives

My Parliamentary colleagues and I have been doing all we can to support the evacuation of British nationals and Afghans who have worked for and maintained the Western presence in their country over the last 20 years. In a climate of increasing hostility towards immigrants in the UK, we must also hold our government accountable for welcoming in refugees fleeing the Taliban – however they get here. They are fleeing for their lives in chaos and terror, and they will be hoping to find compassion when they arrive. Let’s make sure we offer it to them.

The Afghan Government particularly needs to recognise religious minorities, including Christians, Sikhs, Hindus, Jains, and Ahmadi and Shia Muslims. For all that Christians in the UK might believe they are discriminated against, there is an imminent and visceral fear for underground religions in Afghanistan. The Christian church already met in secret, as it was never officially recognised by the previous government, but the Taliban view any conversion from Sunni Islam as apostasy and punishable by death. Tragically, we are already hearing reports of executions since they regained control.

A failure on all sides

The attitude of the US towards Afghanistan, and Biden’s confirmation that he no longer wants America to pursue “major military operations to remake other countries”, feels like the West is leaving town. Many Christians have been uncomfortable with the idea of America, with British support, acting as the world’s policeman. But to withdraw in this manner is shameful. And we should not simply blame our government for being America’s poodle – Labour and the Lib Dems raised concerns in July about whether the government was truly confident that the Taliban wouldn’t simply sweep back into power – but we didn’t push the issue as hard as we could have done. Now, we all bear the guilt of the consequences. The government saw what might have been coming and declined to plan for it. The opposition failed to hold it accountable. This was not a breakdown of intelligence but a failure of executive decision-making.

But it also demonstrates the fallacy that the world is heading towards a rationalist, atheist point of view. Western values of democracy and tolerance are not universally-held. We have long assumed that the rest of the world would inexorably move towards accepting such ‘enlightened’ views, but we need to recognise that this is not an inevitable process at all. The aftermath of the Arab Spring in the early 2010s demonstrated this. Nations throwing off their corrupt governments did not automatically become beacons of open-minded democracy.

Instead the Taliban pushes a worldview of radical Islamism at the heart of its politics: a state based upon and guided by religious conviction, founded on fear rather than love, and imposed from above with no option but to conform.

Many Christians may wish for the decline of our permissive and ‘godless’ Western culture, but liberal democracy is at least founded on biblical principles, and the principle of tolerance still allows us to practise our faith reasonably freely in this country.

In every era, Christianity is seen as out of date and anachronistic, but it survives every culture change. However raggedy the Church may look, it has supernatural help. However bold and powerful empires look, they will all go the same way as Babylon and Rome. Let us remember this and not panic.

And let us continue to pray for the Christians in Afghanistan, that God will give them the strength and courage to remain faithful to him, and to hold onto the hope of the Gospel message that there will one day be no more persecution, pain, fear or death.