As another sleaze scandal engulfs Parliament, we must pray for leaders to be above reproach

Should MPs have second jobs? Christian MP and former leader of the Liberal Democrats, Tim Farron, shares his view 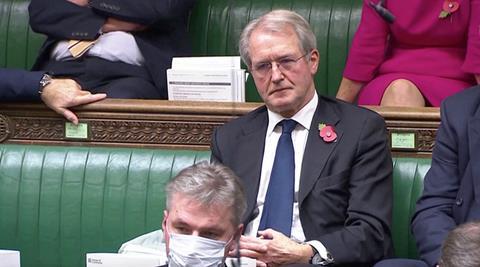 As someone who was an MP during the expenses scandal of 2009, the last few weeks have felt eerily, and depressingly, familiar. The integrity of those who serve in parliament is once again leading the news – and for all the wrong reasons.

On Saturday, I had a lovely day out in North Shropshire – rolling countryside, picturesque villages and, of course, campaigning for a parliamentary by election. What better reason to pay a visit? The by election is happening because Owen Paterson, the former Conservative MP for the area, recently resigned. A new MP will be elected on December 16 - as someone once said about something else, "It’ll all be over by Christmas."

What won’t be over by Christmas, however, is the ongoing questions about whether MPs should have second jobs.

Owen Paterson (pictured, above) resigned after the Commissioner for Standards had judged him to have broken the rules over lobbying. MPs are not currently banned from taking second jobs but they are banned from taking paid lobbying jobs. In other words, you can’t be an MP and be paid by a company to lobby government to do business with that company. Owen Paterson did just that, and that’s why the commissioner found against him.

God has put us in parliament. That, then, is the thing we should be doing with all our might

But the even bigger controversy was that the government tried to change the rules after the fact so that Paterson wouldn’t face punishment. This has opened up a wider debate about whether MPs should take second jobs at all.

A week in the life

It was recently UK Parliament week, which gave me the opportunity to visit a number of schools in my patch. Many of the young people asked me what a typical week looked like for an MP. The (very!) short answer is that I spend half my week in Westminster, voting and speaking in parliament and lobbying ministers on behalf of my constituents, and the other half in my constituency, meeting residents, holding surgeries, engaging in local campaigns and generally being immersed in the local community.

MPs have a role which is part legislator and part local advocate. Some MPs choose to do more of the first bit and not so much of the second. In those cases, an MP would, I guess, have time to do a second job. But if you do both halves of your job well, you really won’t have the time at all!

Of course, if you are a minister – or indeed a party leader – you do, in effect, end up doing two jobs anyway. And I can tell you from personal experience that, if you attempt to work hard at both of them, it can take its toll.

Christians, especially those in leadership positions, need to be above reproach

I would make an educated guess that those MPs who have time to take a second, paid job outside of their parliamentary duties have constituencies that we might call ‘safe’. In other words, their constituency habitually gives their party a large majority at elections. The safer an MP feels in their seat, the more likely they might be tempted to increase their income by doing something else as well. Maybe that’s something we should seek to put right?

So how should Christians think about this? First, let’s make sure that we form a view based on facts: every financial gain that an MP gets outside of their parliamentary salary has to be entered into the register of MPs’ interests. Therefore, you can very easily find out how your MP approaches this issue.

Second, let’s be slow to jump to conclusions and let’s pray for wisdom and discernment so that we can judge between what is right and wrong. It’s not necessarily morally wrong for MPs to have second jobs even if, on balance, we think that they shouldn’t.

We’ve spoken to many politicians on the A Mucky Business podcast, all seeking to live for Jesus in very different ways. For those Christians who are MPs, the reality is that our job can open doors and make things happen. It’s one of most rewarding parts of the job, but it should always be done on behalf of constituents, not corporations paying for the privilege. Of course, as Owen Paterson found out, there are already strict rules and standards that govern that kind of thing.

When it comes to second jobs that do not currently break the rules, what then? Ecclesiastes 9:10 tells us that: “Whatever your hand finds to do, do with all your might”. I’m not sure that I would be doing my best for my constituents if I’m off looking for other things to turn my hand to. God has put us in parliament and, there, we have the opportunity to love our neighbour and to serve God. That, then, is the thing we should be doing with all our might.

In Titus 1 we read that Christians, especially those in leadership positions, need to be above reproach. When MPs make choices about how they spend their time, it is vital we remember that we are being watched, that our witness will be affected and that we will most certainly be setting an example. Whether it is a good or bad example is up to us.