Original sin is the foundation of liberal democracy, says Tim Farron. Without it, the values of equality and justice would never have developed. And, ironically, perhaps the fact that we find it so difficult to accept is proof it exists 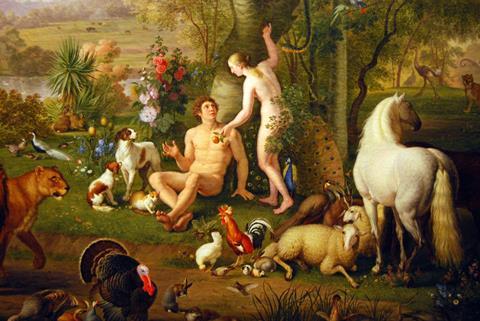 There’s been a fair bit of fury on social media in recent days about original sin. Not something I would necessarily have predicted in the window between the budget and COP26!

It began when headteacher Katherine Birbalsingh used the term ‘original sin’ to make the point that children should be taught that we are all flawed and need to learn right from wrong. This upset a number of people, however original sin is an essential piece of Christian doctrine. If you are a Christian, you should not be squeamish about it. And if you are not a Christian, then I suggest that you should be a lot more open to the notion than you probably are.

Back to the beginning

The idea of original sin comes from Genesis 3 and the account of the Fall of humankind. This was, essentially, human beings choosing all of the good things that God had made, but rejecting God himself. It was a choice to turn their backs on the perfect God who made and loved them, and to set themselves up as their own gods instead.

The doctrine says that, from that moment on, all human beings became flawed; not just limited, but flawed. We are capable of good, of course, but our default setting is towards selfishness and wanting God not to be God, not to exist and not to have any claims on us.

Centuries upon centuries of experience tell us that human beings are, indeed, pretty flawed, and capable of being both good and bad. Human-inspired tragedy, want, heartbreak and abuse affects every generation and every family. If your objection to the notion of original sin is that you think humanity is basically good, then I admire your optimism but I doubt that you’ve ever stepped outside your own front door.

The root of all justice

Original sin also tells us something very important about justice. It tells us that human beings are responsible for the wrong that they do. If materialists are right, when we do something awful then, logically, it’s not really our fault. We are just products of our instincts, bad genes, an unfortunate environment or events imposed on us by those around us.

If your objection to the original sin is that you think humanity is basically good, then I admire your optimism but I doubt that you’ve ever stepped outside your own front door.

But can we really blame genes, events or our environment? A godless conception of good or evil is intellectually riddled with holes because, without a god and a natural law, there can be no good or evil. Everything is simply neutral. When a comet ploughs into a planet, it’s not being evil; it’s just blindly doing its thing. Without the doctrine of original sin, good and evil must simply be arbitrary, temporary constructs. They may serve some biological evolutionary purpose for now, but they have no moral underpinning in this accidental universe in which we accidentally exist.

The basis for liberal values

Those who would call themselves liberals ought to be especially careful of dismissing original sin, because it is one of two Christian doctrines - along with the doctrine of human beings created in the image of God - that underpin our Western liberal values.

One of these doctrines is positive: all people are equal in value because they are all created in God’s image. Moreover, each individual is of infinitely huge value, bearing the dignity of being at the apex of God’s creation.

These two Christian doctrines are the foundation of liberal democracy: equality and justice. The values of our society would never have developed without them. So we should be very careful about sneering at either of them.

In the end, many of the objections to the notion of original sin are – ironically – based on the reality of original sin, i.e. that we don’t want God to be God. We don’t want sins to exist or, if there are such things as sins, we want to decide what they are. Which is, once again, human beings rejecting God and putting themselves in his place.

Without the doctrine of original sin, good and evil must simply be arbitrary

Maybe the reason we find original sin uncomfortable and difficult is because it hits a raw nerve. ‘Sin’ is an inflammatory word in our society.

The common – and utterly wrong – view of original sin is that it means children are born evil and have to spend their whole lives trying to atone for this. It is seen as a medieval attempt to keep people in guilt and obedient to church authority, which has no place in the 21st Century. This misses the whole point that God loves us despite our flaws and failings. He is not waiting for us to get our lives in order before he will notice us. Instead, he gets alongside us just as we are.

Perhaps it is so controversial because it suggests that, actually, we cannot save ourselves. This is both liberating and humbling. Liberating because it means I don’t have to spend my life weighed down with guilt, trying to become perfect in order to be accepted. Humbling because it reminds me that I should not judge others for their flaws when I have plenty of my own. And because it shows me that I cannot be god – I simply do not have it in me to become my own saviour.

This kicks against everything our society tells us, but there is immense richness to be found in stepping back to consider a world view that has, empirically, been shown to hold water throughout the last two millennia.