If Christians don’t stand up for the rights of other religions, we’ll lose our own freedom

The Archbishop of Canterbury has warned of a “volcano of anti-semitism”, while Muslim MP Nus Ghani alleges she was sacked as a government minister because of her faith. If Christians don’t stand up for the rights of all faiths, Jews and Muslims included, we’ll lose our own rights too, says Tim Farron MP 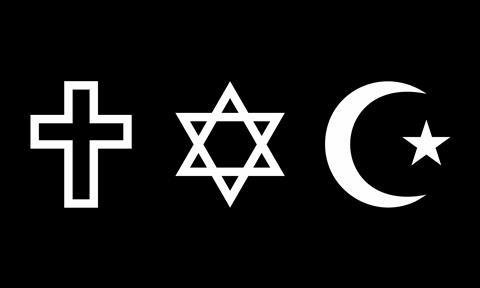 Over the weekend, Conservative MP Nus Ghani revealed that she had been told she was sacked as a minister in the 2020 cabinet reshuffle because her “Muslimness” made her colleagues feel uncomfortable. We don’t yet know all the details and, two years after the event, it appears that there will now be an inquiry.

But this shocking account highlights the general suspicion that exists in our society towards faith, and those who hold religious beliefs. While I’m horrified by Nus’s experience, I am not completely surprised. After all, opinion leaders mostly hold that the neutral and rational position is to have no faith at all. They pat themselves on the back, saying that they will tolerate those quaint people who do have a faith, but then turn sour when people actually take that faith seriously.

People of faith are often told that they should leave their beliefs at the door when carrying out their professional duties. But this approach simply doesn’t bear scrutiny. It’s not liberal but, most of all, it’s just very silly. If you hold no conscious religious faith, you are not neutral. You have picked a side and it does, undoubtedly, affect how you view the world.

The establishment acts as though the state religion is actually atheism

It is the height of arrogance to think that you have reached some kind of special enlightenment if you have no faith. I am sorry to break it to you, but there is no such thing as neutrality. To expect a Muslim, Jew or Christian to leave their worldview at the door is a nonsense, especially when we wouldn’t expect a Marxist or a libertarian to do the same.

We have a strange situation in this country. Officially we have a state religion, at least in England. But let’s be honest, the establishment acts as though the state religion is actually atheism. The default assumption is that there is no God, that people don’t believe in God and that we should act as though God asks nothing of us. Faith is considered a whacky eccentricity.

You may disagree with me, but I believe we shouldn’t have a state-sponsored worldview, whether it is Anglicanism or atheism.

Muslims face far worse hostility for their faith - and often for their very presence in this country - than most Christians, including, sadly, from some who call themselves Christians.

Standing up for the oppressed

But most of all, we should support freedom of religion as part of the commitment to freedom of thought, speech and conscience which this country has long upheld. This value springs from the Christian concept that we are all uniquely valuable as human beings made in the image of God - whether we recognise that God or not. It grew up during times of great religious intolerance in this country in earlier centuries, and is a foundational British value. It is one of the reasons why people seek to come here when they are persecuted for their beliefs in their own countries.

If you hold no conscious religious faith, you are not neutral. You have picked a side

We know that salvation does not come through compulsion or assimilation, and we know that there is no sense in legislating to make people who are not Christians live as though they were. Equally, it makes no sense for our culture to say: “We will tolerate your faith, but only if it doesn’t contradict our own worldview.” Those who say this are not in favour of diversity, tolerance or freedom, no matter what it says on their Twitter bio. They are those who have lost sight of what diversity and liberalism really mean.

Christians should stand with Nus Ghani for many reasons, but mainly because we should be outraged by abuse and discrimination against anyone. To paraphrase Pastor Nielmoller - if we shrug when they come for the Muslims, who will be left to speak up when they come for us…?