Priti Patel is wrong. The Church must keep sharing the good news with refugees

The Home Office’s criticism of the Church welcoming refugees is racist and religiously illiterate, says Tim Farron. Evangelism is the Church’s primary call, and everyone deserves to be included 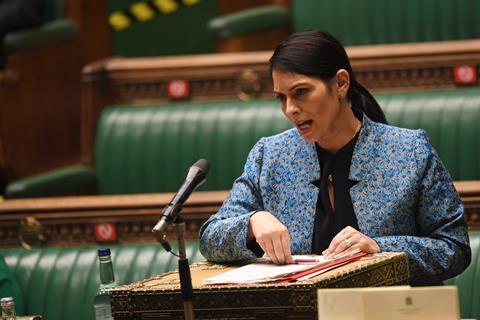 In the wake of the attempted terror attack in Liverpool last week by failed asylum seeker Emad al-Swealmeen, the Church has had the finger pointed at it by Home Secretary, Priti Patel. Why? Because the bomber had been confirmed into the Christian faith at Liverpool Cathedral. So now, Patel has suggested that the Church is complicit in helping people to exploit the system, by claiming to have converted to Christianity in order to support their application to remain in the UK.

Christ is the greatest gift that we can offer, and we should hold him out to all who come through our doors

The quick rebuttal to this accusation is that al-Swealmeen’s claim to remain in the UK – and subsequent appeals - had already been turned down. Which means that it wasn’t his stated conversion to Christianity that allowed him to stay here but – ironically – the failure of the Home Office to remove him. Nonetheless, the incident has brought in to question the role of the Church in sharing the gospel with some of the most marginalised people in our society.

There is clear evidence of thriving congregations of converts, including Iranian Christians, proving that when churches do engage widely with asylum seekers, many genuinely convert. And we should rejoice at that! Of course, churches should be alert to the possibility that people might try to game the system, but this happens in every group in society. It even happened among Jesus’ disciples.

It is also important to remember that the Church does not get a say in who gets to stay in the UK. It is down to the Home Office and the courts to weight the evidence and decide for themselves whether they believe a person’s faith is genuine. Despite some rather shrill commentary from a few politicians and journalists, conversion to Christianity is not a golden ticket to gain entry to the UK. In fact, many genuine Christian asylum seekers report that there is a culture of hostility and disbelief surrounding their faith claims from the start.

Yet The Telegraph reports a “growing concern within the Home Office at the role of the Church of England in converting asylum seekers.” What I find astonishing about the Home Office’s ‘concern’ – and The Telegraph’s uncritical reporting of it - is the assumption that the Church should turn away people seeking to learn about Christianity, simply because they come from the ‘wrong’ part of the world. It is an appalling, racist and religiously-illiterate comment.

Sharing the Christian faith is what the Church does. It is our main responsibility and obligation. Christians are commanded to “make disciples of all nations” (Matthew 28:19) so to be asked to turn away those from other nations who arrive on our doorsteps would be in direct conflict with Christ’s great commission.

But because we are talking about asylum seekers, there is a natural assumption to assume the worst; that they are all here illegally, are gaming the system or are dangerous criminals. The Liverpool bombing allows people who are keen to think the worst of asylum seekers to feel vindicated. If that’s you, I gently urge you to repent.

Some who have been welcomed to the UK as immigrants have committed terrible acts. But home-grown extremism is also on the rise among white British people. You cannot screen out terrorists by the colour of their skin, or the place of their birth. Likewise, there has been justifiable horror at the actions of certain police officers in recent times, but no one sensible is saying that our default must be to treat all police officers as evil-doers.

A common factor among people who are radicalised is that they often feel marginalised and alienated from society, and are seeking a sense of belonging. They often find this in online communities which then draw them in and allow them to legitimise their grievances.

Sharing the Christian faith is what the Church does. It is our main responsibility

Imagine an institution where people were welcomed into a loving community, where individuals invested in one another and supported each other; where they were encouraged not to focus on their own shortcomings and disenchantments, but instead were offered a certainty that they were loved by the very Creator of the universe, the grace of the offer of total forgiveness, and the hope of a brighter future.

This is the vision of the Church. We should be welcoming everyone who enquires about the hope that we have, and praying that even those who start out with the wrong motives will find that sense of belonging and of assurance in Jesus.

Christ is the greatest gift that we can offer, and we should hold him out to all who come through our doors.