As director of an international aid charity, Gwyn Williams strongly opposes further cuts to the UK’s foreign aid budget. But money isn’t always the answer either, he says. Jesus modelled a unique approach to meeting individual needs that we would do well to follow. This story from Bolivia shows why 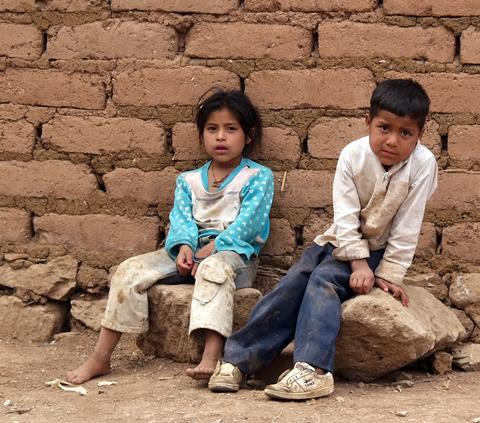 Last week, senior climate change advisors warned against the government’s plan to make further cuts to foreign aid, saying it will undermine the UK’s role as a trusted partner and sabotage negotiations at COP26.

These concerns are serious. As we continue to see the deepening needs around the world, it is essential that we actively pursue being a compassionate member of the international community. The £4bn of cuts already made were criticised as “immoral”. Less money means less children fed, fewer families lifted out of poverty and more preventable deaths. As Christians we were heartbroken by this apparent lack of compassion for those in such desperate need and must continue to hold our leaders to account.

But, as we see the different needs of communities around the world, I find myself asking: is it really as simple as putting more money into financial aid?

Our challenge is to follow in Jesus’ footsteps. To stop, to ask and to listen

There is no question that the decision to provide less foreign aid is incredibly costly for millions across the world. As the UK director of international aid charity Feed The Hungry, I have no hesitation in adding my voice to the thousands who are horrified by the cuts. But it is also an easy decision to oversimplify: more money is better and less money is worse. Providing aid and alleviating poverty are far more complicated issues.

Money spent on foreign aid doesn’t necessarily mean money spent well. You can pour in resources and still fall short of making a real difference. In the Bible, we are called to care for the most vulnerable and to give to the poor. We follow a God that deeply loves the people he has made. So what does it look like to truly love and serve those who are suffering?

The most effective way to explain true aid is to take you to the streets of La Paz, the capital of Bolivia, to the story of Isaac. 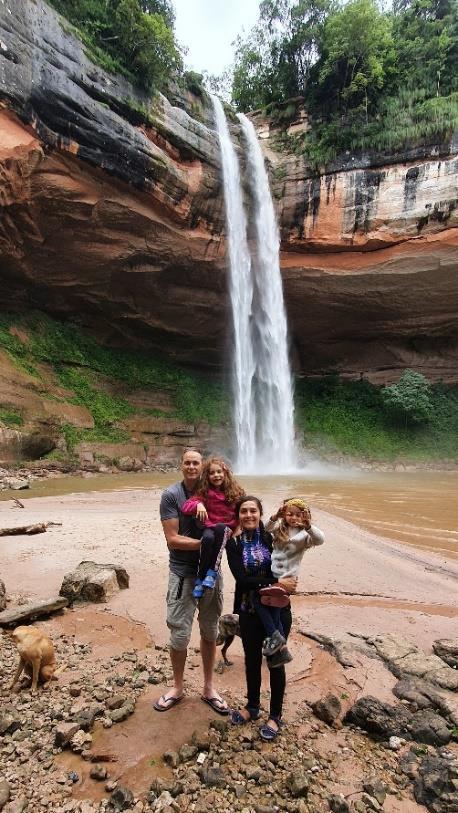 Issac and his family

Picture the scene. There are kids everywhere. As you walk down the street, you can’t help but see them - on benches, in doorways, standing by shop windows. Vacant-eyed. The heady fumes of glue clinging to their clothes. They self-medicate to mask their hunger and to obliterate the fact that they are lost.

This is the sight that met Isaac’s eyes the first time he visited La Paz. He was overwhelmed by the anguish he saw.

It is estimated that 40 million children live on the streets of South America. Bolivia, which has the continent’s highest income inequality, is estimated to have several hundred thousand sleeping rough. Official surveys say 80 per cent of street kids inhale glue and many young girls turn to prostitution by the age of 12 or 13 - sometimes younger.

Through Alani, Isaac’s Bolivian wife, and through visiting the country over many years, Isaac began to better understand the sight that moved him on his first visit. He listened to the children’s stories. Some fled physical abuse, some mental abuse, while others had been orphaned or abandoned by their parents.

So much of the suffering that Isaac witnessed was bound up in the children’s environment. How can you fight addiction surrounded by addicts, or find value and hope in an environment where you are akin to dogs and rats?

It takes a village

As he considered how best to respond to the need he saw, he was struck by the old African proverb: “it takes a village to raise a child”. These children needed more than just a meal on the table. They needed nurture, security and community; they needed a home. A place where they could come to know their value as children created in God’s image.

I find myself asking: is it really it as simple as putting more money into financial aid?

Isaac, supported by Feed The Hungry, developed a plan for a small village with households of four to five street children and a ‘parent’ figure. All they needed was a site and the Lord provided a plot on the edge of a national park. Backed by a picturesque waterfall with a school and medical centre nearby, it was the perfect place for these children not just to survive, but to thrive.

As a charity, we work in many countries across the world and one thing is absolutely clear - there is no one-size-fits all approach. You can’t swoop in with preconceptions and a ready made package of how to meet the needs. You see this throughout Jesus’ ministry as he responds to the needs and questions of the people he meets. He sees the physical hunger of the 5,000 and provides food for them. He sees the pain of the woman at the well and offers her true satisfaction. He asks questions, he listens and he responds.

Isaac took time to listen and understand the specific needs of the street children before beginning to plan. And this transformed his approach to aid.

It is this attitude that needs to be applied to our foreign aid if we are truly going to be a trusted and compassionate partner to vulnerable communities across the globe. But it also applies to our own giving and service. Our challenge is to follow in Jesus’ footsteps. To stop, to ask and to listen. Only then can we step out and serve.

Gwyn WilliamsGwyn Williams has been UK Operations Director for Feed the Hungry for the last ten years. Gwyn's career as a designer was foundational in building his desire to work with community engagement projects. He has been involved in setting up a youth café, a tea bus street café, and an art gallery in his local town, Hinckley, as well as venturing as far as Romania and Mongolia in painting murals in orphanages, digging wells in Zambia and community kitchens in Uganda and Haiti.