As a British South Asian Christian, my feelings about Rishi Sunak are complicated 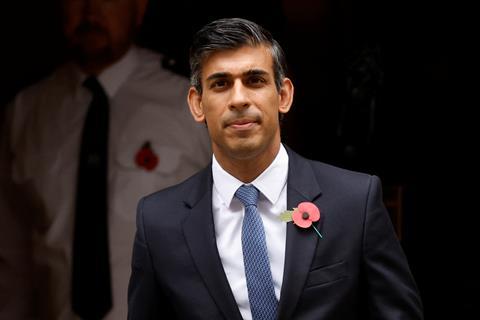 We live in turbulent political times; times that frustrate many and fascinate some.

For Christians though, politics offers an invitation to partner with God in prayer: to seek his face for our nation, his counsel in our voting and to plead our case before God, just as Daniel did for his people (Daniel 9).

As both a Christian and someone who has spent two decades working in Westminster, British politics matters to me.

But as the multiple leadership campaigns have unfolded these past few months, it has been my faith, not my past career or even my Asian ethnicity that has formed my compass. As I surveyed issues and grappled with the prospect of a non-Christian prime minister, the fact that I share Rishi Sunak’s South Asian heritage did not feature in my mind, yet his Hindu faith mattered to me.

Later, my feelings evolved. There were many voices talking about the significance of our first British Asian prime minister, but not many Asian voices. And those voices should be heard - because how we understand this moment is rooted in the South Asian backstory. Some have dismissed Sunak’s progress as simply a reflection of a class-based society, where the wealthy prosper irrespective of skin tone, rather than a milestone in the immigrant experience. But doing so ignores that experience, with its many private layers and subtleties. It is naive at best, bitter at worst.

The South Asian story carries its own hinterland; the legacy of empire and the intense racism levelled at our communities here in the UK; our own cultural ethos and work ethic. Others may not hear their voice in mine, but a recent conversation on the BBC between Faisal Islam and Huw Edwards suggests my take is somewhat representative. It was striking to me that it was Edwards, not Islam, who raised the prime minister’s heritage. Islam hesitated to give it emphasis. Conceding that it was something his parents would never have imagined, he acknowledged the moment was “noteworthy” but wished to remain understated.

Understated. No Obama-like crowning. No woke-era crowing. It was precisely the right response.

I believe this for two reasons. Firstly, because the post of prime minister should be won on merit; on an individual’s skills, character, vision and capacity to command their party. For me, that ideally means a prime minister who shares my faith, or whose programme for government mirrors biblical values and wisdom; someone who can be used by God.

As Sunak became prime minister, I recalled the  regular, racial hostility that marked my younger life

Secondly, because understatement best reflects the South Asian story; the ethos that guided us and which our parents instilled. We were told to not fight back when we were called names or faced real daily racism, but to respect the host country; to understand that you would need to be twice as good to be recognised; that your talents could be overlooked (no role in the school play or sports team), but that you should still do the right thing. You committed to your studies, worked hard and sought a good career, grateful for the opportunities that migration afforded without being naive about the hostility we faced. For decades, we put up and shut up.

Heads down, academic, hard working. Not cool. Under the radar. Understated, and perhaps undervalued. Sunak’s ascent is testament to the approach of our oft-ignored demographic.

As a Christian, my primary identity is in Christ. My first priority for political leadership is one that supports scripture and reflects Christ’s heart. My prayer is the cry of Ezekiel 11:20, that, as a society, we would follow God’s decrees and keep his laws. For all of us, prayerful discernment and God’s word should remain the lens through which we view politics; our filter for politicians and parties, the razor with which to slice through human analysis, societal shifts and personal political leanings.

Nothing in Sunak’s victory alters this fact, but it has touched something profound in the South Asian community - and in me. Beneath intellectual analysis and political commentary are personal stories that lay buried, difficult to articulate, but nonetheless there. These are private pains, from which the significance of Sunak’s appointment reveals its true worth.

On the day that Rishi Sunak became prime minister, my mind unexpectedly recalled the years of regular, racial hostility that marked my younger life: skinheads and swastikas, name-calling, casual mockery and routine discrimination. My spiritual compass notwithstanding, it felt like a moment in which God showed how he had heard the cries of our hurting, as in the days of Esther and Mordecai.

So, as I watched Rishi Sunak take his place at the despatch box for his first Prime Minister’s Questions and receive the warm congratulations of the House, my understated heart stirred with a hushed yes, and a deeply poignant pride.

Sharmila MeadowsSharmila Meadows is a freelance writer from London. She started writing following two decades as a government policy adviser in Westminster. Alongside Christianity, she writes on poverty, politics, health, language, disadvantage and cricket, and is author of The Mission Post devotional blog.