Our new prime minister celebrates Diwali, but what does the Hindu festival stand for?

Rishi Sunak officially become the UK’s first Hindu prime minister today, on the second day of Diwali. But what is the significance of this 'festival of light' and how can Christians introduce the Light of the World to our Hindu friends and neighbours? Urban missionary Emmanuel Gill explains 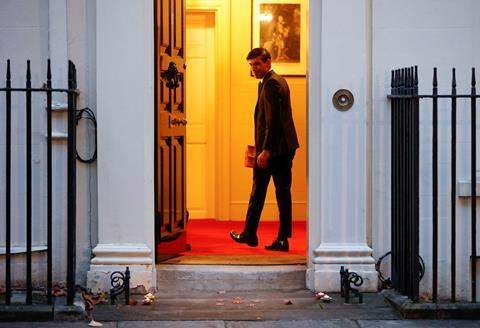 Rishi Sunak enters Downing Street after lighting candles on the doorstep of Number Eleven, ahead of the Hindu festival of Diwali, in London, Britain, November 12, 2020.

A few years ago, during my door-to-door ministry in my neighbourhood in Harrow, I met a Hindu family. My wife knew the daughter from school, and we got talking to her family about Diwali, asking how they celebrate and what it means to them.

We had a good conversation as they told us what they believed, and explained that Diwali is a festival of light. As we talked, I was able to connect the themes of light and darkness to the Bible, how Jesus claims to be the “light of the world” (John 8:12). The conversation went well and we invited them to the church.

Soon afterwards they came, and as we greeted them they handed us a gift-bag full of sweets “to celebrate the sweetness of life” they said, a Diwali tradition for Hindus. In that moment I prayed they would know the sweet abundance of life that only Jesus can bring.

Diwali is an important annual religious festival celebrated by Hindus, Sikhs and Jains, usually falling between October and November. The exact dates change each year because of the lunar calendar, but this year Diwali fell on Monday 24th October. The word Diwali (or Deepavali as it’s sometimes called) means “row of lights”. It’s called this because homes and temples are illuminated, fireworks are lit and people gather with friends and relatives for a great feast.

The religious and historical significance of Diwali varies from Hindus to Sikhs and Jains. Hindus commemorate the triumphant return of their god, Rama; Sikhs celebrate the laying of the foundation stone of the Golden Temple at Amritsar (the most holy place in the Sikh world); and Jains celebrate the moment their founder, Mahavira, reached a state called ‘Moksha’ (eternal bliss). …But all who celebrate Diwali agree that the underlying common theme among all these stories is the victory of good over evil, light over darkness, peace over war and truth over falsehood.

“I am the light of the world”

This imagery in Diwali evokes important themes from the Bible, which is a ready-made opportunity to point people to Jesus. In John 8 verse 12 Jesus claims boldly: “I am the light of the world. Whoever follows me will never walk in darkness but will have the light of life.” He also says in the same chapter that those who listen to him “will know the truth, and the truth will set you free”.

Diwali’s imagery of truth, goodness and light can be linked to the Lord Jesus’ victory over the darkness of sin that resides in all of us. When I knock on people’s doors, I often meet people searching for truth, so I try to point them to “the way, the truth and the life” (John 14:6), our Lord Jesus. His sinless life and sacrificial death have the power to blot out the darkness of sin from us and grant us the true light of life.

As followers of Jesus, we are commissioned to be witnesses of him and of the truth to all those around us. In the Hindu Engagement Training I organise as part of my role with London City Mission, we encourage participants to do that through investigating and learning about Diwali, then to approach their Hindu friends asking open questions to initiate spiritual conversation. Many have been equipped to reach those in Hindu communities living in the UK with the message of the gospel.

Let’s use Diwali, the festival of light, as a wonderful opening to introduce Jesus, the true light of the world.

Emmanuel GillEmmanuel Gill is a missionary team leader at London City Mission. He specialises in helping churches share the gospel on housing estates.