Rishi Sunak is the UK’s first non-white Prime Minister. It will also be the first time a PM has professed a religion other than Christianity. John Stevens says a competent unbeliever is better for the country than an incompetent nominal believer 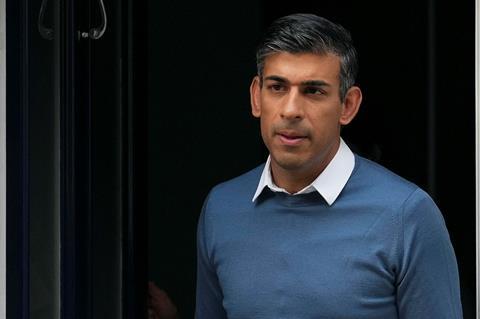 Following the defenestration of Liz Truss after just 45 days in office, Britain now has its first Hindu Prime Minister in Rishi Sunak. It is a remarkable turnaround, given that he lost in the ballot of Conservative members that brought Truss to power.

While many in the country will welcome stability and clarity after the chaos of the last few weeks, Christians may be concerned about the appointment of a PM who is not even nominally a Christian.

No previous Prime Minister has followed a religion other than Christianity.

Benjamin Disraeli faced opposition because of his Jewish roots, but his family converted to Anglicanism when he was young. Protestants in the 19th century objected to the idea of a Roman Catholic Prime Minister, but such sectarian fear has long since dissipated, and two of the most recent Prime Ministers were converts to the Roman Catholic Church, namely Tony Blair and Boris Johnson.

Very little is known about Rishi Sunak and his personal religious beliefs. It is impossible to say whether he is merely a cultural or nominal Hindu, or whether his faith goes deeper than this. He has not spoken publicly about his faith and the place that it has in his life and his political convictions.

Evangelicals in the UK are a small minority, and a PM from another minority community might be more sympathetic to our concerns

Whatever his beliefs, I don’t think Christians should be concerned by the prospect of him serving as our Prime Minister. History shows us that there have been good Prime Ministers who have had no real Christian faith. Winston Churchill was not a Christian in any meaningful sense of the term, and Clement Attlee was at best an agnostic. James Callaghan was reportedly an atheist, as was deputy Prime Minister Nick Clegg.

Many PMs were influenced by a Christian background, including Harold Wilson, Margaret Thatcher and Gordon Brown. Tony Blair is the only recent PM for whom his Christian faith was a driving factor in his political agenda, though he introduced many measures that reflected the liberal progressive consensus rather than orthodox biblical faith. Theresa May was certainly a churchgoer, but the rest have been nominal at best. David Cameron seemed to have had a public school chapel attitude to Christianity and Boris Johnson, with considerable self-awareness, described himself as a ‘very bad Christian.’

There are several good reasons why Christians need not fear the appointment of a non-Christian Prime Minister, and every reason to believe that a competent unbeliever might be better for the country than an incompetent nominal believer.

First, we can have confidence in God’s common grace. You do not have to be a Christian to hold moral views that seek to serve the common good. God has created us all in his image, and the doctrine of total depravity does not mean that we are all as bad as we could be, but that none of us is as good as we need to be. I have a wonderful Muslim dentist, and her lack of Christian faith has no bearing on her care for my teeth. There are plenty of Christian dentists I would not want as my practitioner because they are not as skilled. The challenges we face as a nation require technical-economic solutions, and determining appropriate policy in such areas is not the preserve of Christians. People of no faith, or other faiths, can have a strong moral compass to care for the poor and vulnerable.

Second, we need to remember that the British Constitution contains multiple checks and balances that prevent any single individual from exercising absolute power. We are a Parliamentary democracy and the PM is neither an absolute monarch nor the equivalent of an executive President. He or she cannot dictate policy but is dependent on securing a majority in Parliament for their legislative programme. We can be thankful for the small number of evangelical Christian MPs, such as Premier Christianity columnist Tim Farron MP, who can exercise influence on their leaders.

We have a raft of constitutional guarantees that protect long-cherished and hard-won freedoms, including the right to freedom of speech and freedom of worship. These are bastioned by the fact that we have an established church, but most especially by the Human Rights Act that incorporates the European Convention of Human Rights, which was drafted by British lawyers influenced by Christianity after the second world war. Evangelicals in the UK today are a small minority, and a PM from another minority community might be more sympathetic to our concerns.

Despite the collapse of Christian belief and church attendance in Britain today we still have a public culture that is shaped and influenced by over 1500 years of Christianity. This is not lightly overturned. The prime moral danger to the UK comes not from the appointment of a Hindu PM, but from the triumph of intolerant liberal progressivism that views all religious faith as anachronistic and harmful, and wishes to legislate, for example, to ban practices that seek to help believers struggle to resist the same-sex attraction. This agenda has not been restrained by the nominal Christians who have been in office as PM since the 1960s.

Finally, we can take confidence in the sovereignty of God, and his promise to work out his purposes in this world. We can be sure that whoever is appointed as PM has been raised to that position by God. Daniel learned in exile that God gives the kingdoms of the earth to whomever he wishes. Paul taught the early church that their rulers, the Roman Emperors and their subordinates, were God’s servants and that we should submit to them. The early church was commanded not to pray that there would be Christian rulers, but to pray for the rulers that God had given, that they might maintain civic peace so that the church could live quiet and peaceful lives, and enjoy the freedom to spread the good news of the gospel.

In Britain, we have been blessed to enjoy remarkable peace as a nation and we have the freedom to meet to worship and share the gospel that is denied to many of our brothers and sisters around the world. The Bible has relatively low expectations or demands for government because the real action in God’s world is the growth of his kingdom through the church. We are warned not to put our trust in princes, as they cannot save us, but to put our trust in the saviour.

Recent weeks have given the impression that the nation is looking for a quasi-Messianic saviour who will rescue us from the difficulties we face. As Christians we know that Rishi Sunak will not be such a saviour, but nor would any PM, even if they were a committed evangelical believer. We should neither fear the appointment of a Hindu PM nor should we expect too much from him. Instead, we should pray, as the Bible commands, that he would be given great wisdom to lead us in such challenging circumstances.

It is an irony that in the history of God’s people some of the very worst rulers were their own kings, who oppressed their own people, while they were sometimes blessed by the rule of pagan kings who allowed them religious freedom. In the book of Isaiah Cyrus, the Persian is even described as the Lord’s servant, and he was used by God to bring the exile to an end and rebuild and restore the temple in Jerusalem. The strange ways of God mean that even a ruler from another religion can be used to advance the purposes of his kingdom in remarkable ways.