Awaab Ishak’s death is inexcusable. Christians should be outraged

We are all made in God’s image, says Tim Farron. Taking good care of the most vulnerable in our society is a fundamental part of what it means to follow Jesus 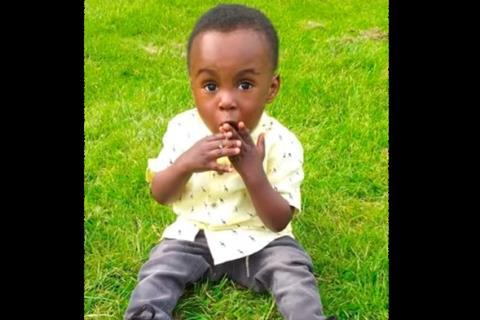 The news at the weekend was full of the heart-rending story of two-year-old Awaab Ishak, who died from breathing problems caused by mould in his family’s flat, owned by a local housing association.

The inquest was told that he had fungus growing in his lungs due to the dreadful living conditions. What makes this even worse is that Awaab’s father had spent three years requesting repairs, but was repeatedly turned away. The family’s health visitor also had her concerns dismissed on two occasions.

The housing association has expressed remorse, sacked its chief executive and vowed that “lessons will be learned” but, unfortunately, this situation is not uncommon.

My MP’s postbag regularly contains letters about poor quality housing, in both the private and rented sectors. A recent ITV News investigation found that more than 800,000 houses were affected by mould and damp problems. The programme featured people living in the most appalling conditions – walls entirely covered in mould, leaks pouring through ceilings, families obliged to live in one room; their physical and mental health suffering, their dignity sapped away and, very often, nobody seems willing to do anything about it.

Awaab had rights, and we did not meet them

According to the English Housing Survey, nine per cent of England’s housing stock fails to meet the statutory minimum standard, containing a category one hazard. These include damp and mould, as well as 29 other dangers to health and safety, including excess heat or cold, asbestos, overcrowding, drainage problems and electrical hazards. There is a legal requirement for landlords and housing associations to tackle these issues but, as Awaab’s case so tragically illustrates, all too often tenants’ concerns are ignored or dismissed.

What it means to be human

Awaab’s story gets right to the heart of what it means to be human. We can tell so much about a society by how we treat one another. What value do we place upon the life of others, and what should – in practice as well as law – be an acceptable standard of living? One that means people have access to a safe and sanitary home and are not made to live in cramped and squalid conditions? One where concerns are not treated with annoyance or indifference by those with the ability to tackle them?

It pains me to say that often, those who are forced into such dreadful living conditions are the poorest in our society, immigrants or of non-white heritage. They are, quite simply, treated as less than human. We saw this attitude in the circumstances that led to the Grenfell Tower fire in 2017, and its aftermath. And we see it too in the way that asylum seekers and refugees are treated. In 2022, how on earth are we in this situation?

Made in God’s image

These are all deeply Christian issues. Every human bears the image of God, and that confers great dignity on every single one of us. The Bible carries strong commands about the way we should treat each other.

The welfare of our neighbours is linked to our own at a fundamental spiritual level. In Matthew 25:32-46, Jesus speaks of the day when he will “separate the people from one another as a shepherd separates the sheep from the goats”. He warns that those who do not care for others in need will be turned away: “Truly I tell you, whatever you did not do for one of the least of these, you did not do for me”. This reveals the heart that our Father God has for all people.

So how can we respond? Let us pray for compassion and dignity to be given to those who have the least. Let’s pray for a change of attitude – practically, in our own lives, but also more widely in our society - a recognition that the authorities are there to serve the population, that landlords have a duty to look after their tenants, and that they must not seek to use legal, practical or financial excuses to avoid action.

Let’s pray for all those involved in the provision and administration of housing services. Many show great care and concern, and do so under the pressure of extremely limited resources, but others have become disillusioned and careworn. Let us pray that they will understand their responsibility to respect and protect those under their care, and that they will desire to use their powers to make a positive difference in the lives of others.

The language of ‘rights’ is common in our secular society, but this language comes from a Christian worldview. Because we have a duty to love others in a practical and sacrificial way, it follows that God has given rights to our neighbours to receive that love and care. Awaab had rights, and we did not meet them. May God forgive us, and may he lead us to now defend the rights of others.