David Campanale: ‘An anti-Christian faction of the Lib Dems is bullying me for going to church’

A prospective parliamentary candidate has alleged he’s been the victim of harassment and bullying by a “lynch mob” of Liberal Democrat members who object to his Christian beliefs. In this interview with Premier's Marcus Jones, David Campanale says he’s facing de-selection because of his faith, and urges party leader Sir Ed Davey to intervene 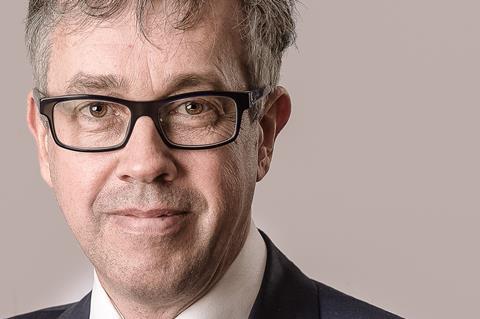 You've alleged there's a faction in the Sutton Liberal Democrats who are anti-Christian and are trying to ensure you are de-selected from standing for the party at the next election. What has been taking place?

What we’re seeing in this particular anti-Christian faction in the Sutton Liberal Democrats is cancel culture in practice. This is a lynch mob that were determined to root me out when they discovered that I go to church.

I was overwhelmingly selected on one of the highest turnouts for a Liberal Democrats selection in a top target parliamentary seat. I won convincingly and that’s because I’m a terrific campaigner.

[Later] I was summoned to the home of the honorary president, where I was told I was going to have a discussion about my private beliefs. I was asked beforehand, “Are you ready for the Spanish Inquisition?” And of course I’ve got nothing to hide. One minute on Google and you can find out that I’m a Christian.

I went into this room of a member of the House of Lords. There were 30 people there, and I was led to a chair in the bay window. I was then subjected to a two hour interrogation about my Christian views. This is not acceptable.

While I was there, people were mocking me saying, "I suppose you think you’re being persecuted, like Jesus was?” One person said "you’re a liar”, because I didn’t disclose my Christian beliefs and background in in my election literature.

Bullying and harassment are strong words. What would you say to those who you are taking action against?

It’s just not acceptable and it’s not liberal.

What they’re doing has been in absolute defiance of our party leader, Sir Edward Davey, who himself, with his family, are Anglican church goers.

The Liberal Democrats as a party welcomes people of all faiths and backgrounds. But the difficulty is, because of the way in which we’re organised, it’s possible for small local associations to be captured by extreme views and extreme people. And that’s what we’ve seen in the Sutton party.

This group of people have said, “we do not accept your right to a conscience” - they told me that to my face. One even said, "You’ve pulled the wool over our eyes. If I’d known about your Christian beliefs, I would never have agreed for you to be shortlisted as the candidate.” This is direct harassment and is unacceptable.

Why are you are considering taking legal action?

Because it’s not acceptable in this modern day and age for political parties to harass or bully anybody, regardless of whether they’re a Christian or any other protected characteristic, and tried to bully them into resignation.

I’ve pleaded with the Sutton Liberal Democrats, but there’s an anti Christian faction there. They claim to be building what they call a ’secular party’ where Christians have to stay quiet. And I’m not willing to be bullied into silence.

The government have a body called the Equalities Commission and they’ve produced a really helpful guide to political parties about how to avoid harassing, or bullying people…because of their religious faith. This guide provides political parties with the steps they’re to take in order to stop or avoid bullying people. And if they carry on bullying people, it says the option is to seek legal redress in the county court.

There are plenty of Christians in the Lib Dems. Why has the place of faith in politics been such a big issue for this faction?

Because we're not very good in politics, generally, at celebrating people who’ve gone before us.

What was really sad about this interrogation, was when people said, "David, you’re inspired by your Christian faith. Tell us more about that.” And I said, “Well, I follow the example of people like Tim Farron, and pro-life Christians, like former party leader Charles Kennedy and former party president Shirley Williams.” The response of this mob was to say, “Well, they’re dead. They’re the past. We are building a secular party”. There was no respect for people who are really the great heroes of the liberal movement.

These people seem to want to bring culture wars to Britain, and it has to be stopped.

Well, resolution is always improved by that good old disinfectant, called light. We need a bit of sunlight to come into this very dark process.

This whole process needs to be cancelled, and whoever has been responsible for this, the party needs to deal with them. I’m absolutely confident that Sir Edward Davey, the leader of our party, will be very firm about this, because he’s promised to protect the rights of conscience of his MPs, and I absolutely take him at his word that and I expect him to intervene.