I’ve seen the devastation caused by climate change, and Christians must act now

Rich Smith has travelled to some of the poorest regions on earth and seen the most severe effects of global warming with his own eyes. Here in the UK, we may still be able to feed our families, he says, but, make no mistake, climate change will affect us all 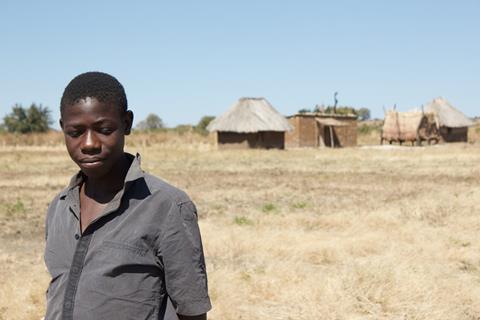 With COP26 taking place on our doorstep and dominating our headlines, the reality of climate change is impossible to ignore. The world is getting hotter. At present, we’re on a path that will mean that, in the next two or three decades, we will see significant changes to the weather, world geography and certain parts of the globe’s ability to sustain life. But with the huge scale of the problem and the promises being made to tackle it, it is easy to lose sight of what this means for individual communities around the world. And it is easy to forget that, although the urgency to tackle the problem has amped up in the West, many communities have been feeling the sharp end of climate change for far longer than it has demanded our attention. Over the years, my work with Christian humanitarian aid charity, Feed the Hungry, has taken me to many countries, including Zambia, Kenya and Uganda. After seeing the impact first hand, I feel the responsibility that we carry towards these communities, both as Christians and members of the global community.

A map of hunger 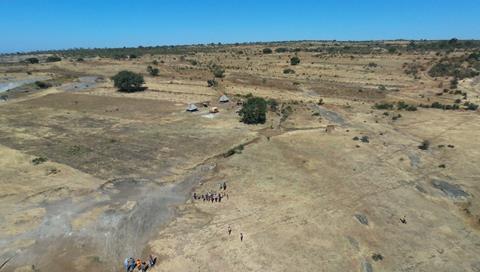 A dried up river bed in Zambia. Source: Feed the Hungry

Five years ago, I visited a feeding programme in Zambia. One rural village we went to had been built by a stream, which was the main water supply. What I saw there was a bone-dry riverbed. It hadn’t rained for 18 months and the forecast didn’t show any signs of improvement. One father had been trying to grow crops to feed his children. It was a sorrowful sight; the crops had failed because there just wasn’t the moisture to help them grow. We spoke to mothers with children who said the same; they were reliant on the land to grow food - both to eat and to sell - but what do you do when the land doesn’t produce? And that was five years ago! The UK only declared there was a climate emergency in 2019. Since then, Zambia has continued to experience annual droughts and rising temperatures show no sign of abating.

The same story could be told for people growing food in Zimbabwe, Mozambique and Malawi; in recent years, their climate has been changing, often with higher temperatures and little rain. On the UN’s live Hunger map 5.9 million people in Zimbabwe currently have insufficient food consumption. Climate change is already biting and is only going to get worse.

Too little, or too much 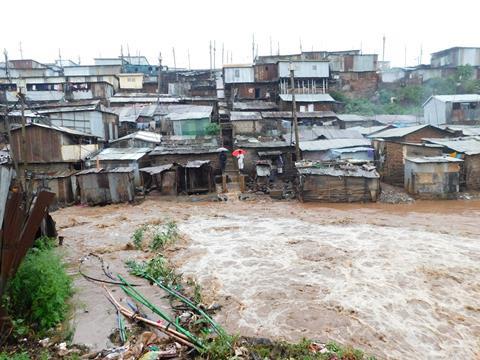 Where some are suffering from drought, others are battling floods. The year, after my trip to Zambia, I visited a feeding programme in Kenya. We went to see a school where the food was cooked in big metal pots, sat on a fire in a wooden shack with dried mud walls. The children were happy for the food, even if the kitchen wasn’t up to much! Later that year, that area of Kenya experienced huge amounts of rainfall. We received word that the ‘kitchen’ had been washed away in the torrents. Much like Zambia, this pattern has continued and, in May this year, 6,800 families were left homeless after their homes were destroyed by floods. Feed The Hungry helped to build a new kitchen, made out of concrete, now the most solid structure in the whole area.

The reality is that it is becoming harder for some developing countries to grow food, either because of too little or too much rainfall - and often a combination of both extremes. Africa, as a continent, contributes less than four per cent of global greenhouse gas emissions, and yet is the most vulnerable continent in the world in terms of food insecurity.

Climate change is going to affect many of us in the coming years, but the hot summers, warm winters and changing coastlines that we may see in the UK will be minor compared to the impact that it is already causing across Africa. But while the future may look bleak, it might not be too late to soften the outcome.

Humanity has the incredible God-given power to innovate in our stewardship and cultivation of creation. Feed The Hungry has just begun working with Coventry University on a project to develop sustainable farming systems for arid regions in Djibouti. Projects like this have the potential to have a huge impact.

But we are also called to be stewards of the world God has given us to live in, and changes to our lifestyles can help curb our own individual carbon output and begin to slow the process of climate change.

Once, while visiting a Ugandan refugee camp, I met some infants who would have been two or three years old - the same age as my eldest son at that time. Their lives and the life of my son were a stark contrast; literally, worlds apart. The thing that struck me most was that the differences in their circumstances were purely down to geography; they were born in one country and my son was born in another. The future is going to be different and will affect different areas of the globe in different ways, but we must never forget that we are all in this together, and we ought to start living like we are.

Rich SmithRich Smith is communications and IT manager for Feed The Hungry, an international charity who work to reduce world hunger by establishing feeding programs following disaster relief operations in 21 different countries worldwide. With its partner organisations, they globally assist in feeding over 300,000 children every day through Church-affiliated schools’ program. FTH also provides disaster relief recovery programs through its Pastor network around the globe. Feed The Hungry recognises the level of food poverty here in the UK, working extensively in supplying food provision to independent food pantries, refugee projects, hostels and homeless kitchens as well as community outreach programs.