God has given us a mandate to steward the earth well and it’s more important than ever that we look after it, says Tim Farron MP 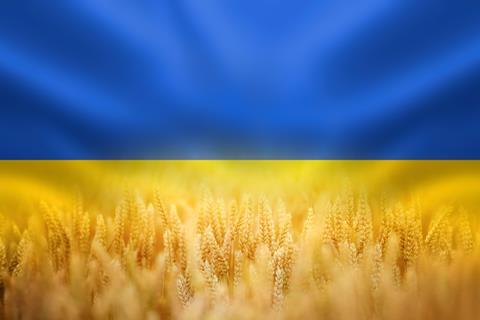 As we pour a bowl of cereal or pop a slice of bread into the toaster, do we ever pause to consider how our breakfast was produced? Probably more than we used to. Food prices were shooting up even before Vladimir Putin invaded Ukraine, but the war is likely to cause them to increase even more.

Why? Because, between them, Russia and Ukraine supply 30 per cent of the world’s wheat. The blue and yellow of the Ukrainian flag represents golden wheat fields under a summer sky – a recognition of the importance of agriculture to their economy. And to ours.

God has given us the earth, and within it are the resources to feed the whole world

As an MP for a rural area, and my party’s spokesman on agriculture, I think about farming a lot. But most of us in the UK may feel removed from the agricultural and farming processes. We view food in terms of what we can buy from the supermarket. We take for granted that there will be enough food – and enough variety to give us abundant choice. But panic-buying during the pandemic, rising prices and recent supply chain issues have all brought us all up short.

The Bible is full of farming descriptions and analogies. In ancient agrarian societies, people lived and died by the success of the harvest. Abundant crops were seen as blessings from God, and drought and famine as punishment. In many parts of the world, there is still a close link between the growth of the crops in the fields around your home and the amount of food on your table. But how many of us in the UK make such direct links between food to eat and the blessings of God today?

We do, however, reap the consequences of our actions. God has given us the earth to work and steward, and within it are all the resources we need to feed the whole world. In Genesis 2 we read: “The Lord God took the man and put him in the Garden of Eden to work it and take care of it”. He charged Adam with giving “names to all the livestock, the birds in the sky and all the wild animals.”

But, too often, our land is mismanaged or polluted. Water companies unashamedly discharge sewage into rivers and lakes, killing off fish and polluting the soil; toxic chemicals are sprayed on crops and intensive farming causes a shocking decline in wildlife. Farmers receive less money for selling their produce than it costs to grow or to rear; war ravages the fields that produce crops for the world, and the consequences are empty supermarket shelves, rapid price increases and greater reliance on food banks.

Deforestation, poor land management, failure to tackle climate change – these are activities motivated by greed and profit, but which have the most detrimental effects on the poorest parts of the world.

Britain’s farmers face huge challenges. We are no longer part of the EU’s Common Agricultural Policy, which subsidised farmers for growing certain crops. We have freedom to set our own policies now, and it makes sense to move away from direct payments to a new system that provides “public money for public goods” – encouraging farmers to take on more environmental responsibilities to try and halt the enormous loss of wildlife species and habitats that we have seen in recent decades.