How do you explain polygamy in the Bible? 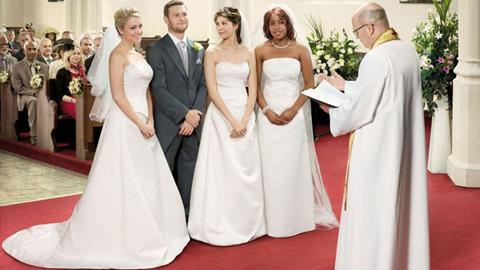 Q) Were Abraham and Jacob sinning when they had multiple wives? It bothers me because these stories make women seem like property rather than beloved by God.

A) This is a great question, because polygamy vs monogamy is a very interesting test case in how the authority of scripture actually works.

Scripture is a narrative. It’s a story with a beginning, a continuation, a middle, a climax and an end. When people say they believe in the authority of scripture, sometimes they just want to be able to find an example of somebody doing something somewhere in the Bible and say: “There you are, it’s in the Bible – that’s all right!” In fact, there’s a whole lot of things in the Bible that are not all right! But if you read the story wisely, you will see that the authors of the story know that.

The authors of the story don’t say: “By the way, this is a bad example to follow, you shouldn’t be doing it.” Instead, they let the story play out and then we see what actually happens. For instance, Abraham takes Hagar as his wife as well as Sarah (at Sarah’s own behest). We’re not explicitly told it was a wicked thing to do but we watch as the Isaac and Ishmael story plays out, and are left to draw our own conclusions. The same happens with Jacob’s two wives, Leah and Rachel. Right away, we know this is not a good idea. Sibling rivalry bursts out in different ways, and we are left to judge the results for ourselves.

Fascinatingly however, in the New Testament, Jesus is asked the question about divorce in Mark 10:5-9: “‘It was because your hearts were hard that Moses wrote you this law,’ Jesus replied. ‘But at the beginning of creation God “made them male and female.” “For this reason a man will leave his father and mother and be united to his wife, and the two will become one flesh.” So they are no longer two, but one flesh. Therefore what God has joined together, let no one separate.’”

In other words, Jesus is saying: “All throughout the Old Testament, you’ve been allowed to do various things because you were hard-hearted, but now we are getting the real creation project back on track.”

This, by the way, is part of the answer to when people say: “Jesus never spoke about this or that or the other.” But Jesus did say through these verses in Mark: “We are now people through whom and in whom the original creation purpose is to be realised – and that means one man, one woman for life.”

People have often said that the Old Testament was rather strict in its laws, but then Jesus comes along and relaxes them. Here we have the Old Testament accommodating something that is less than God’s ideal and saying: “This is OK for the moment.” Then, in the New Testament, the message is: “Wow! Now we get to be people in whom God’s creation is being worked out!”

So don’t go to the Old Testament looking for examples of polygamists as though that might somehow justify it. Go to what Jesus says, which is the original creational intention we are now to follow.

Hear more on the ‘Ask NT Wright anything’ podcast. Download it and submit your own question at AskNTWright.com