Can Christians ever justify war? Yes, says Prof Nigel Biggar. Here, he explains the just war theory, a doctrine of military ethics, and how it applies to Ukraine, while encouraging us all to keep praying for peace 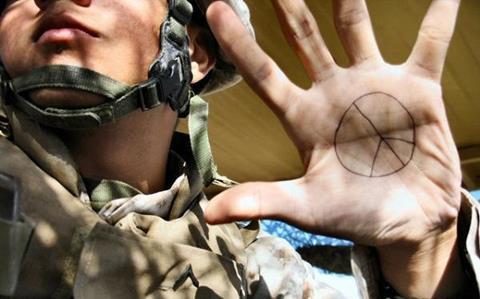 We all lament the dreadful human suffering caused by Vladimir Putin’s invasion of Ukraine. We all worry about escalation to nuclear war. We all want it to stop. We all want peace. But beyond that, however, we differ. And we differ even as Christians.

Those of us who are pacifist believe that violence merely breeds violence, and that war is never the solution. They believe that, following the example of Jesus, unjust violence should either be simply absorbed by forgiveness or resisted by non-violent means. In the present case, they believe - and here I speculate, since I am not a pacifist - that Ukrainians should either have acquiesced in whatever Putin imposed on them or have met it with civil, non-violent disobedience. And, presumably, they believe that such a response would be effective in realising justice - sooner or later - or that justice will have to wait until God’s judgement at the end of history.

As for Ukraine being a natural, essential part of Russia - as Putin viscerally believes - that is an unchristian, nationalist myth

Those, like me, who are not pacifist see things differently. Guided by the Christian ‘just war’ tradition, we appreciate the terrible destructiveness of violence, even when wielded with good intentions. We recognise how difficult it is to control and how, in the hands of sinful human beings, it is likely, on occasions, to run out of control. We admit that even ‘just’ wars almost invariably involve unjust moments. The war against Hitler, for example, involved the carpet bombing of German cities, which was, arguably, unjustly indiscriminate.

Nevertheless, Christian proponents of just war believe that sometimes, human beings find themselves in a situation where it is impossible to do good without causing damage. That is to say, we recognise the fact of tragic dilemmas but we feel obliged not to duck them, and we believe that they can be negotiated Christianly.

St Augustine interpreted St Paul’s injunction: “Do not repay evil with evil” (1 Peter 3:9) as meaning that, eschewing vengeance as a motive, the use of violent force can be governed by a desire to stop grave evil and create a just peace, rather than to make the perpetrators of injustice suffer for what they’ve done. Well-trained soldiers can discipline themselves to use only necessary force to compel the unjust enemy to stop fighting, and to avoid harming non-combatants whenever possible.

No nation’s existence and composition are underwritten by nature or heaven. None are eternal. None are God

The aim of a morally justified war is not to kill the enemy, but to stop him - even though, in practice, killing will often be the only way of bringing him to a halt. Nevertheless, when the enemy surrenders or is disabled, the killing stops.

We also doubt that civil disobedience - such as Gandhi famously used to good effect against the Raj in India - will be effective against all unjust invaders. And we believe that while some injustices ought to be borne, because there are no moral means of resisting them now, others can be opposed morally - and should be.

The case for Ukraine

It seems clear that Russia’s invasion of Ukraine was unjust. However corrupt the government in Kyiv has been, they are not Nazis, and have not been perpetrating genocide against Russian-speakers under their jurisdiction. Democracy is considerably more secure in Ukraine than in Putin’s increasingly authoritarian Russia.

As for Ukraine being a natural, essential part of Russia - as Putin viscerally believes - that is an unchristian, nationalist myth. The existence and borders of nations are contingent things. They come and they go, like all human creatures. No nation’s existence and composition are underwritten by nature or heaven. None are eternal. None are God. Whether Ukraine should belong to Russia depends on whether the legitimate interests of the Ukrainian people would be better served by so belonging. And even if that were so, Ukrainians need persuading of it; overrunning their country with tanks and bombarding their cities is hardly an effective way of wooing them.

The marks of a just war

So, Putin’s invasion is an injustice and, given the oppressive nature of the regime in the Kremlin and the indiscriminate manner of the war it is waging, that injustice is grave. This gives us the first and fundamental mark of a just war, according to Christian thinking: a grave injustice that needs rectifying.

The second mark (or requirement) is that the intention of those taking up arms to oppose it is to rectify the injustice - rather than using the injustice as a pretext for doing something else. There is little doubt that armed resistance by Ukraine intends to stop and reverse the grave injustice being perpetrated by Putin.

Christian proponents of just war believe that sometimes, human beings find themselves in a situation where it is impossible to do good without causing damage.

Ukrainian belligerency also meets the other three just war requirements. Under international law, the Kyiv government has a unilateral right to self-defence; it has “legitimate authority”. It’s going to war was a “last resort”, given that diplomatic efforts to dissuade Putin from invading had manifestly failed. And its belligerency does have the prospect of some kind of success - rather more so than first appeared.

But what about Britain’s involvement? If Ukraine’s cause is just, then so is coming to her aid militarily, if that is what Kyiv wants. But what kind of military aid should Britain give? Since Russia does have nuclear weapons, and Putin might be reckless enough to use them, it would be prudent to avoid direct conflict with Russian forces - and prudence is a Christian virtue. For that reason, we probably should not help to impose a no-fly zone, since that would likely involve shooting down Russian plans and attacking Russian militay sites. But continuing to supply Ukrainian forces with equipment and weapons would be a less provocative, and so more prudent, risk to take. (As would have been the supply of Polish MIGs that President Biden appears to have vetoed.)

Risk cannot be avoided; life is not a safe place. Whereas we should avoid taking reckless risks, the greater the threat, the greater the risks worth taking. So, while facing up to the moral dilemma that Vladimir Putin has forced upon us, and aiding Ukraine in her justified self-defence as prudently as possible, we just war Christians should join our pacifist sisters and brothers in praying to God to spare us from having to take greater risks, like those neccessary should we be faced with a direct nuclear threat.

Read an alternative perspective by a Christian pacifist here