Do you believe in fasting? 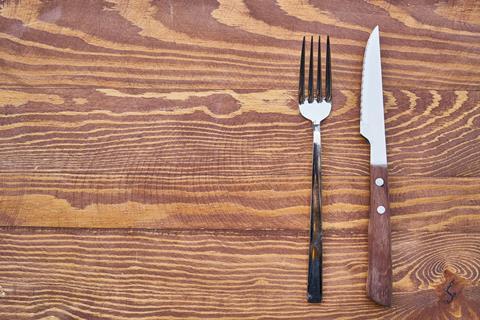 Q: I’ve been told that a ‘breakthrough fast’ is a way of getting results in prayer. Do you believe in fasting? And can it give our prayers more power?

I’m not an expert on fasting either in theory or in practice. If you could see me, you would recognise that I am not a good example of somebody who fasts regularly, particularly during lockdown!

In Jesus’ day, the great fasts that the Jews kept were linked in Jewish tradition with the great times of desolation that had happened – particularly the destruction of the temple and other similar disasters.

It looks as though he was saying: “I am doing something new, which will put all your commemorations of the temple into the shade. And yes, there will be a very strange moment when I am taken away. But we are launching out on a new day, which is not looking back to past disasters but to the new kingdom which God is inaugurating.”

In the second and third generation of the apostolic fathers, it was taken for granted that Christians would fast for two days in the week; the question was, which two days should they be? It’s almost like the 5:2 diet that’s been quite popular recently, where people eat minimally for two days in the week and then ordinarily the rest of the time. Apparently, it’s a very good way of losing weight.

In the ancient world, people also knew that you needed to have a rhythm in your eating and drinking, and that it was generally for health reasons. This is a good thing in itself. But there is also an important connection with prayer.

Fasting isn’t done as a ritual to twist God’s arm. It’s always possible for people to imagine that they are manipulating God. But no serious Christian actually prays like that. There is certainly nothing in scripture specifically called a ‘breakthrough fast’, which guarantees you will receive whatever it is you’re wanting.

However, there are many times (and it’s been so throughout Church history) when God’s people realise they need to be really serious and committed about prayer for a particular moment. For many Western Christians, this happens in Lent, Holy Week and Good Friday – when we want to be able to give our whole attention to what’s going on as we commemorate Jesus dying on the cross.

In that sense, prayer is not something that you just do with your mind or imagination or spirit. Prayer is a whole body activity. What you do with your body actually communicates who you really are in that moment. In the book of Acts, when they appointed elders in a place, they would often pray and fast and then lay hands on the people God was directing them to appoint.

So we in the Western Church have a lot to learn about this. I certainly do.

Listen to the Ask NT Wright Anything podcast at askntwright.com