If the Bible proclaims equality, why did it take the Church so long to start preaching it?

Is it true that God has no favourites? David Instone-Brewer investigates 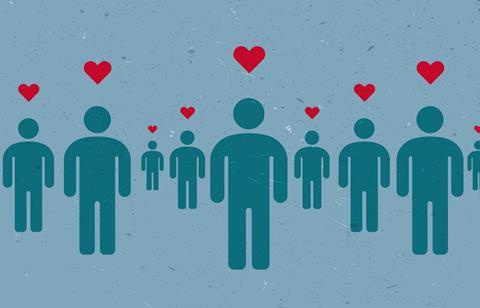 Everyone believes in equality. It is enshrined in the Universal Declaration of Human Rights (1948), in the American Declaration of Independence (“all men are created equal”), and in the French constitution (“Liberté, Egalité, Fraternité”).

But all these are relatively modern documents. It has taken a very long time for the equality of all human beings to be acknowledged, and I blame the Church for that.

The foundations of our legal system are based on the Bible’s teachings. Secular regulation of marriage depends on the Bible, as do other laws and the rights of kings and governments, but we have had to wait for secular authorities to campaign for equality under the law. For some reason, the Church did not promote this message.

Was this because the Bible doesn’t teach on equality? No. In fact, equality was widely emphasised in the New Testament by Peter, Paul, James and Jesus – although the terminology used is slightly different. They taught that God has no favourites; he doesn’t give preference to the rich or to any particular race or culture.

Admittedly, this theme is almost absent in the Old Testament. The closest is when God is described as an impartial judge who doesn’t take bribes (Deuteronomy 10:17; 2 Chronicles 19:7).

Perhaps that’s because God did have favourites in the Old Testament. He chose Abraham, then Jacob and the nation of Israel that Jacob sired. Then he selected David, whose descendants became Israel’s kings.

None of these characters were perfect. Abraham lied about his marriage, thereby endangering his wife (Genesis 20:1-12); Jacob was famous for being a ‘heel’, ie a double-dealer (Genesis 25:26-33), and David had a woman’s husband killed so he could marry her himself (2 Samuel 11:15-27).

God’s chosen nation was no better: they knew God was on their side, yet they “committed adultery” with other gods. Eventually he had to “divorce” Israel (Jeremiah 3:1-5).

These favourites did not learn what every Spider-Man fan knows: that they had great responsibility. The Israelites were rescued from Egypt not because they were special, but because they had a job to do.

They were supposed to teach other nations about God – to be priests who would bring others into relationship with him (Exodus 19:5-6). But they failed, and they themselves needed priests to bring them to God. These priests were selected from the only tribe that hadn’t worshipped the idol made at Mount Sinai (Exodus 32:26).

In the New Testament, it is completely different. Peter told Cornelius (the first Gentile convert) that God doesn’t have favourites (Acts 10:34). Paul agreed, saying that all sinners face punishment, both Jews and Gentiles, because God has no favourites (Romans 2:9-11; Colossians 3:25).

He told slaves and their owners that God regards them both without favouritism (Ephesians 6:9). And James said that believers should treat the rich and poor equally (James 2:1). Paul even said that the hierarchy of the Church meant little to him because God has no favourites (Galatians 2:6).

Maybe that last point is where the trouble started. It was fine to speak about equality of Jew and Gentile, slave and free, and perhaps even rich and poor, but Paul’s declaration that God considered church leaders and laity to be equal was another matter.

It is understandable perhaps that this message – along with all the other texts declaring equality – was rarely preached by church leaders.

This concept was so important that Christians invented a new Greek word for it: prosōpolepsia – ‘taking face’ – to convey a Jewish idiom. It envisaged a king in front of his humble subjects with their faces bowed to the ground, taking someone’s face and lifting it up to look at him.

Naaman, who commanded the King of Aram’s armies, is described as “lifted of face” (2 Kings 5:1 – translated “highly regarded”). In Aaron’s blessing, God lifts his face to bathe us in the light of his countenance (Numbers 6:24-26), but in the New Testament, God lifts our face.

Roman society was like ours – dominated by a hierarchy based on wealth. Donating 1 million sesterces bought you a place in the senate, and 400,000 sesterces made you an equestrian (or member of the upper class).

Today, we invent many other divisions between people based on ethnicity, accent, age and gender. We choose friends who like the same football teams, fashion or music. Even Christians separate themselves into groups labelled ‘charismatic’, ‘traditional’, ‘evangelical’ or ‘liberal’ – or we attempt to escape labels and call ourselves non-denominational!

When the Church dropped the ball in failing to promote the New Testament emphasis on God’s favour towards everyone, the secular world developed concepts of equality and universal human rights.

Today, almost every government subscribes – at least in theory – to equality without favouritism; irrespective of income, religion or race. Paul, Peter and James would rejoice. This is exactly what they’d taught: social pyramids are irrelevant to God.

Jesus took it one stage further. He said that God doesn’t show favouritism even when it comes to sinners. Jesus came for all of us – good or bad – and is willing to forgive everyone who repents.

He gives good things in this life even to those who rebel against him, and we are told to do the same: “love your enemies…that you may be children of your Father in heaven. He causes his sun to rise on the evil and the good, and sends rain on the righteous and the unrighteous” (Matthew 5:44-45).

Perhaps this explains why the Old Testament deliberately records the bad things done by his favourites rather than glossing over them.

As Christians, we’re tempted to think of ourselves as God’s favourites. We talk so much about our right to stand before his throne that it is easy to forget that this is an awesome mercy.

We are in danger of swallowing a secular version of equality. According to the Bible, we are all sinners, and yet all equal under the Lord.