The meaning of ‘woke’ is changing. Here’s why Christians should avoid using it

While the word ‘woke’ was initially useful, Jessamin Birdsall is critical of its most recent definitions. Christians shouldn’t use it to generalise about those who disagree with them, she says 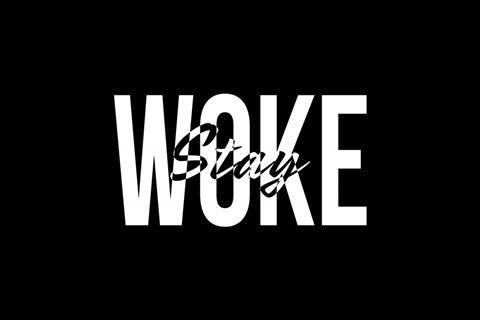 What does ‘woke’ mean, and how should Christians feel about it? Is ‘woke culture’ a threat to the church? A silly trend to be dismissed? A call to justice that Christians should embrace? It depends.

Language matters. Scripture calls us to use words wisely: “Do you see someone who speaks in haste? There is more hope for a fool than for them.” (Proverbs 29:20)

But using our words wisely can be tricky because language is constantly changing. So before we cast a judgment on ‘wokeness’ or ‘woke culture’, let’s pause and think about what the word actually means and how people have used it.

The word ‘woke’ has gone through three main stages:

The first stage was initiated by the black community in America in the 1940s. In African American Vernacular English, ‘stay woke’ was an admonition to stay awake and alert to racial injustice. The underlying idea was that it is important to be conscious of how racism operates in order to protect oneself and to protect and advocate for others. Given the realities of discrimination and extreme violence at the hands of police and other white people, staying ‘woke’ has been a matter of survival for black Americans.

In the wake of the widely-publicised police killings of young black men including Michael Brown (2014) and Trayvon Martin (2012), the term ‘woke’ entered the public discourse. The Black Lives Matter (BLM) movement popularised the word, as a call to deeper awareness about police brutality and other systemic racial injustices. On social media, #staywoke urged people to remain vigilant and to participate in the shared struggle against racism.

The original meaning of ‘woke’ is one that Christians can and should affirm. Racism is a sin. And there is substantial evidence that the injustice of racism continues to negatively impact minority-ethnic people today. Scripture calls us to be attentive to the ways that sin operates, both in us as individuals and in our institutions. Isaiah wrote: “Woe to those who make unjust laws, to those who issue oppressive decrees, to deprive the poor of their rights and withhold justice from the oppressed of my people, making widows their prey, and robbing the fatherless” (Isaiah 10:1–2). Isaiah saw that discrimination was operating in the legal system and harming vulnerable people—so he called it out, and called people to act and change.

The second stage in the evolution of ‘woke’ began in the latter 2010s, as usage expanded beyond references to racial-justice activism.

People started linking ‘woke’ to other political issues such as climate change and transgender rights. In this second stage of usage, to identify as ‘woke’ signalled a commitment to see and understand perceived injustices of all kinds.

How should Christians respond to this version of ‘woke’? Because this second stage of ‘woke’ is more expansive than the first, engaging with it requires more thought.

It’s helpful to pause and ask a few more specific questions about the person or organisation that is taking a ‘woke’ position: What is the specific issue being identified? Is it something that scripture affirms is unjust? If so, then as Christians we should see that the ‘woke’ person or organisation has identified something that also grieves the Lord—and perhaps we should be moved to learn more or take action.

If the issue is not affirmed as unjust in Scripture, let’s be willing to take part in a conversation about what people mean by ‘injustice’ and what drives them to identify this issue as wrong. What are the desires, hopes, values and fears at work in our public consciousness? Understanding these things can help us to speak biblical truths about justice more faithfully and effectively in our generation.

We now find ourselves in the third stage in the evolution of ‘woke’. There are still some people campaigning in the public square who earnestly use ‘woke’ in line with its first- or second-stage meanings. But today the term is overwhelmingly used in a pejorative sense. Conservatives have used ‘woke’ to refer to any person, corporation or action that they perceive to be promoting a left of centre agenda. The word has also taken on connotations of performativity and self-righteousness among critics on both the right and the left.

How should Christians respond to this third version of ‘woke’? First, I would encourage us to avoid using ‘woke’ to describe or critique the views of another person, organisation or subculture. To do so is intellectually lazy. It’s better to be clear about what we mean. Perhaps we mean: “This corporation’s use of ethnic diversity in their advertising seems superficial and performative.” Or maybe we mean: “This person is inflating the reality of that particular injustice.” Or: “I don’t think the Bible affirms that way of thinking about sin.” Or: “I have a different opinion about what ‘inclusion’ means.” Expressing our disagreements or discomforts in more concrete terms will be more fruitful than simply dismissing a person or an organization as ‘woke’.

Second, if we are legitimately concerned about the self-righteous tone of contemporary activism, let’s model something different. Let’s be careful that our own activism and engagement in public discourse is marked by integrity, grace, and humility. The apostle Paul said, “Let your conversation be always full of grace, seasoned with salt, so that you may know how to answer everyone” (Colossians 4:6).

Jessamin BirdsallJessamin Birdsall is the co-author of Healing the Divides (The Good Book Company, 2022). In the book, Jessamin and her co-author, Jason Roach, present a biblical perspective on race and how Christians and churches can advance God’s vision for racial unity and justice. Jessamin has a PhD in Sociology and Social Policy from Princeton University, specialising in religion, race and ethnicity, and inequality. She has worked in international development and community development in South Asia, the US, and UK.