The result of Nigel and Sally Rowe’s five-year legal battle on transgender ideology in schools is a win for all children, says Caroline Farrow 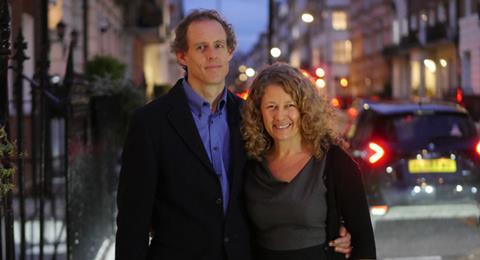 The media has been largely silent about the victory of Christian parents, Nigel and Sally Rowe, who recently won their five-year legal battle with the Department of Education. The government eventually chose to settle out of court, agreeing to pay the couple’s legal costs and also, importantly, to review their schools transgender guidelines.

Nigel and Sally Rowe first hit the headlines in 2017, after they took their children out of their Church of England primary school on the Isle of Wight. Their six-year-old son had returned home from school confused by a boy in his class who had begun wearing a dress and identifying as a girl. The Rowe’s eight-year-old son had also encountered a similar issue two years previously, when a boy in his class announced, during show and tell, that he wanted to be known as a girl and addressed using a female name.

The government’s agreement to review their guidelines, rather than fight a court battle in defence of them, speaks volumes

Due to their friendship with the older boy’s parents, the Rowe’s had, at first, attempted to ignore the issue, but when their younger son began expressing confusion, they decided - reasonably enough one might have thought – to write to the school to express their concern.

The school responded with a strongly-worded letter defending its approach, stating that it would treat any “transphobic behaviour” - such as using the pupil’s former name or incorrect pronouns – “incredibly seriously”. Following meetings with the head teacher and deputy head, the Rowes eventually took the painful decision to remove their children from the school, and mounted a legal challenge .

Predictably enough, the ensuing publicity made the Rowes the subject of a hate campaign. After interviews in the mainstream media and on daytime television, they were daubed bigots, extremists and even compared to ISIS. Taking part in an interview on Sky News in 2017, Jane Fae, the transgender woman who was partnered against me, claimed the Rowes were being manipulated by Christian Concern, their legal representatives, and claimed that a six-year-old changing their name was no different to an incoming pope being given a new, formal name.

The comparison was clearly fatuous; there is a world of difference between an individual assuming a new formal name when they succeed to a title and forcing a young child to accept that someone has become an entirely different person, with their old identity ceasing to exist. Pope Francis is still fundamentally the man born Jorge Bergoglio; he has not rejected his former existence and, crucially, no Catholic will be subject to sanction if they ‘deadname’ him.

By comparison, the Rowes’ (very young) children were being asked to uncritically accept that, by putting on different clothes and changing their name, a person assumes a wholly new identity. If your friend calls himself Spiderman and dresses up like him, does that really mean they become the webbed warrior? It’s no wonder the poor lad was confused.

This dangerous ideology not only flies in the face of reality, logic and reason, it also defies accepted mainstream Christian doctrine. This continues to hold that God created male and female separate but equal. Christian schools cannot uphold gender ideology without undermining their own faith.

Traditional Judeo-Christian belief is that of unity between soul and body. People are not somehow ‘born in the wrong bodies’. While Christian beliefs may vary when it comes to the rapture and the second coming of Christ, there is a consensus that when our bodies are resurrected, they will be as they were before our deaths, only transformed and glorified in Christ. We will not be made into an entirely different person of the opposite sex. Christ’s body was healed, not replaced.

Most Christian parents would probably be (rightly) horrified if eschatology featured on the curricula of church schools, for many of the same reasons that they object to gender ideology. Firstly, because opinions vary and it is primarily the responsibility of parents to decide what their children should learn on the topic and when. Secondly, because the subject matter is too complex (and also potentially frightening) for young minds to be able to fully comprehend.

With that in mind, Christian parents send their children to faith schools - or at least they used to – in the hope that their children would receive at least a basic Christian grounding. But just as schools shouldn’t be constantly teaching hellfire and damnation to children, neither should they be imparting an ideology that actively chips away at the core tenets of the Christian faith, or forces children to lie.

A victory for all

This was at the heart of Nigel and Sally Rowe’s challenge. Gender ideology was not only being taught, validated and affirmed to their children - at a Christian school, in contravention of their Christian beliefs - but also to hundreds of thousands of other children in the 4,500 CofE schools across the country. As a result of their legal challenge, it is hoped that current Church of England guidance will now change.

Of course, it’s not just Christian children at stake. The Rowes presented compelling evidence of the physical and emotional harm caused to young people by a gender-affirmation approach. The government’s agreement to review their guidelines, rather than fight a court battle in defence of them, speaks volumes.

Vilified by the media and transgender activists, this humble, ordinary Christian couple have won a significant victory for all parents in the battle against gender ideology being taught in schools. We should thank God for them.