I used to feel like a girl trapped in a boy’s body. But now I know God created me male

Andrew Bunt wrestled with his identity for many years before reading the Bible helped him find peace. He welcomes new NHS guidelines, which acknowledge gender-questioning young people may be experiencing a transient phase 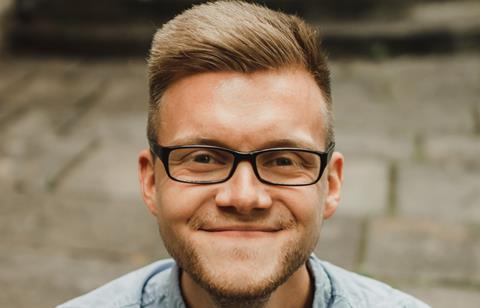 One of my most vivid childhood memories is the day I realised I was a girl trapped in a boy’s body.

It was the culmination of a longstanding awareness that I was different from other boys. That realisation brought some relief but also a lot of fear. I made the decision that it was a secret I’d have to keep to myself.

I can’t help wondering how my experience would have been different if I’d been growing up today. Children and young people are now told that they – and only they – can determine who they are. They’re told to look inside themselves to find who they are. If they feel they’re a girl, even though they’ve got a male body, then they are a girl. Would I have received that as the explanation for what I was experiencing? Would I have wanted to start living as a girl?

As it happens, my sense that I was a girl trapped in a boy’s body faded away during adolescence, although it still took a long time for me to feel fully comfortable as a man. In the end, it was the Bible that helped me understand that being a man is an identity given by God. I don’t have to be like other men or feel a certain way to be a man. And I don’t need to decide who I am. I receive my identity as man from God, through my body. It’s a wonderfully freeing and life-giving truth.

The recent release of new proposals for NHS services caring for children and young people experiencing gender dysphoria has caused me to reflect again on my own experience. The proposals are a response to the ongoing Cass Review. They outline plans for an interim service that will replace the current Gender Identity Development Service (GIDS) when it closes early next year. The specification proposes significant changes in the approach to helping gender-questioning young people. I think it reveals some of the problems with the identity narrative many young people have been told. And in so doing, it reminds us how good it is that God decides who we really are.

One of the most significant aspects of the proposals is the acknowledgement that gender questioning “may be a transient phase”. This reminds us that our internal feelings are not a stable basis on which to build identity. They can, and often do, change. This is problematic if we make significant life choices on the basis of an internally discovered identity; we may find it difficult to make further changes later. The proposals note this as a risk for pre-pubertal children who transition but then find their feelings changing during adolescence.

Many of us discover a complex mix of conflicting and unclear feelings when we look inside, often influenced by other, external factors. The proposals highlight the fact that many gender incongruent young people experience co-existing mental health or neurodevelopmental complexities. These could potentially influence internal feelings and their interpretation.

The proposals also introduce much stricter parameters for use of puberty blockers and hormone treatments for young people. As there has long been great uncertainty about the safety of such treatments, this is welcome news. Embracing what we find inside and forcing everything external to come into line with that can sometimes cause unintended harm, and doesn’t always end well for us or others.

These new NHS guidelines highlight some of the problems of the identity narrative that has underpinned the ‘affirmative’ approach in recent years.

Many children may find their feelings are a “transient phase” - as they were for me and so many others, such as Libby. Perhaps this points us to a better way of finding out who we truly are. Our physical bodies are a gift to us from a loving creator, who is the only sure foundation for a truly stable, safe, life-giving identity. If we want to know who we are, we don’t need to look inside, we need to look up. It’s God who gives us our best identity.

Andrew BuntAndrew is part of the leadership team at King’s Church Hastings and Bexhill and is also a speaker and writer with Living Out. He studied theology at Durham University and King’s College London, specialising in biblical studies and biblical languages. He loves helping people to understand and apply the Bible and loves wrestling with big cultural issues. He is the author of Who in Heaven’s Name Do You Think You Are? (Charis Books) and Finding Your Best Identity: A short Christian introduction to sexuality, gender and identity (IVP).