Don’t remove your children from school if they encounter trans pupils. It’s an opportunity to talk about difference

After their 6 year-old son was “confused” by another boy’s decision to dress as a girl, Nigel and Sally Rowe raised concerns with the Church of England school. When agreement on trans policies could not be reached, the Rowes removed their children from the school and took the Department of Education to court. The Christian couple won their case this week, but equalities specialist Savitri Hensman believes they may have missed an opportunity to prepare their children to live in a sometimes confusing world 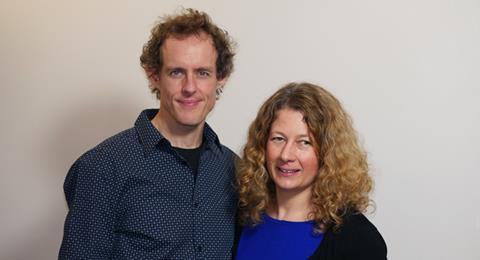 A settlement has been reached between a Christian couple, Nigel and Sally Rowe, and the government, after a legal battle lasting five years. The Rowes removed their children – who had been confused after classmates they had known as boys identified as girls – from a Church of England primary school on the Isle of Wight. The Department for Education has agreed to pay the Rowes’ legal costs and review official guidance on trans-affirming policies in schools.

Writing for Premier Christianity, Caroline Farrow has hailed this as a victory for Christianity and common sense. However, I feel sad at what I regard as a missed opportunity for Christian parents to teach their children important lessons about living with difference and valuing kindness.

Nigel and Sally Rowe sincerely believed that they were protecting not just their sons but all children, by taking up this cause and combating what is perceiced as LGBT activism in primary schools. Yet compassion and justice sometimes require willingness to pay attention to emerging evidence about what leads to human flourishing.

When I was in the infants, back in the 1960s, there was far less recognition and acceptance of diversity in society. Disabled children tended to be educated separately, so the rest of us had less chance to mix and play with them.

I can remember encountering patronising, rude or hostile attitudes, even from adults. The handful of us of Global Majority heritage had to deal with stereotyping, reinforced by books and television programmes. This led to us hiding aspects of ourselves. We felt isolated and experienced shame about who we were. We experienced prejudice and bullying, which teachers were often not trained to tackle effectively.

There was no question in those days of what is now known as ‘gender ideology’ being ‘fashionable’. In fact rigid views of what was proper for men and women were still around, though softening. Trans people were generally invisible. Those who did not hide were liable, like lesbian, gay and bisexual people, to face bafflement or strong disapproval; indeed sex between two people who were both legally male was only just being partly decriminalised and there was little protection from losing a job or being evicted by a landlord for being LGBT.

Then as now, there were children registered male at birth who saw themselves as girls, or female and identified as boys: there was at least one in my class. Despite social pressure, some grew up to be trans adults. Their path was harder than necessary.

Today, there is greater awareness and acceptance of diversity, though this is still patchy and balancing different equality-related issues can be complicated. The sons of Sally and Nigel Rowe are likely to encounter many others, children and adults, whose behaviour or appearance at first seems confusing or concerning. Some youngsters may have different customs, family patterns or dads who wear kilts or sarongs; or use a wheelchair, or get scared by activities most their age find enjoyable. Others may have different religious beliefs.

Parents should be preparing their children for a world that can be confusing but also offer moments of wonder. This was a missed opportunity to teach children about diversity and the importance of showing and receiving kindness, including being non-judgmental and treating others as one might wish to be treated (Matthew 7).

Genesis 1-2 reveals God’s wonderful handiwork as loving creator of day and night, sea and dry land, male and female (made in God’s image) and what may be seen as between opposites: dawn and dusk, seashore and estuary, people born intersex or who discover they are transgender. Jesus’ inclusive welcome scandalised many religious people of his day, yet sets an example of self-giving love which breaks down barriers. Difference can be a gift.

Savitri HensmanSavitri Hensman is an activist and writer. She is author of Sexuality, struggle and saintliness: same-sex love and the church (Ekklesia, 2016)