A preacher has claimed Jesus had a ‘trans body’. But I’m not offended

When a research fellow preached an Evensong sermon at Trinity College Cambridge that claimed Jesus has a “trans body”, congregants were outraged. But Christ doesn’t need us to be offended on his behalf, argues George Pitcher 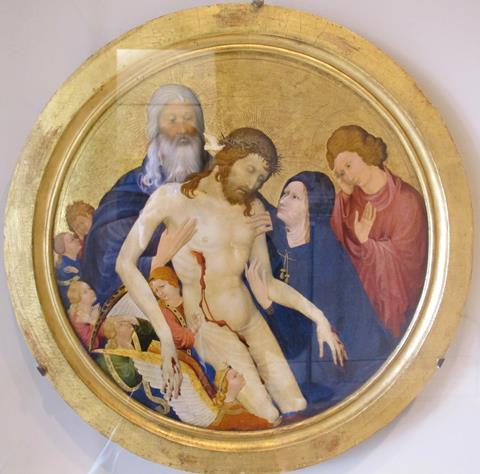 Like the performing bear at the circus, the wonder is not the tricks that it performs but that we should want it to do them at all.

At first sight, something similar applies to the evensong sermon that was preached a couple of Sundays ago in the chapel at Trinity College, Cambridge, during which it was claimed that Jesus Christ had a “trans body”. It’s not so much that the allegation is shocking. It’s that someone should want to make the allegation at all.

But being shocked at the “heresy” is what people were determined to be. Naturally, the task of being outraged was taken on enthusiastically by the conservative press, for whom this was perfect grist to its mill; an august educational establishment, supplier of many a famous face and statesperson, is sullied by a woke LBGT agenda in a brazen piece of gender-politics extremism. That’ll do nicely.

So it was that the Daily Telegraph broke the story, quoting one member of the “audience” (not a congregation, you understand) as finding it “truly shocking” and his partner feeling “violated”. The Daily Mail followed that up, leading with how “worshippers” (not an audience) shouted “heresy” at the dean as they left “in tears”.

There are always people who are prepared to take offence on the Christ’s behalf – and therefore on God’s. The first thing one is tempted to reply to these people is that he can take it. If you’re the sinless son of God, nailed to a wooden cross and left naked to die an agonising death over hours for the sins of all humankind, then it does seem a tad unlikely that you’re going to be unduly offended by a junior research fellow suggesting, just a couple of millennia later, that you may have been transgender.

He’s kinda bigger than that isn’t he? And, anyway, if it’s a calumny, isn’t this the kind of idle, if sinful, false witness that he died to redeem?

If you’re the sinless son of God, who died an agonising death for the sins of humankind, it seems unlikely you’re going to be offended by a junior research fellow

Hearing what was said

Preach on Sunday morning about the gospel imperative of welcoming the stranger and, by lunchtime, it’ll be around the parish that you opposed the government policy of sending immigrants to Rwanda. Which, in my case, might be fair enough, but it’s still not something I actually said from the pulpit.

The effort of finding what research fellow Joshua Heath actually said in Trinity chapel, rather than what was heard, is fairly fruitless. No surprise, perhaps, that Trinity haven’t reproduced his sermon on it’s website, though other sermons are available. All it says is that it was titled: “Christ Our Sister” which, admittedly, is enough to get some conservatives foaming at the mouth.

Beyond that, we must rely on reportage (unfortunately, given its requirement for hysteria - see above). We know that the sermon contained these words: “In Christ’s simultaneously masculine and feminine body in these works, if the body of Christ as these works suggest is the body of all bodies, then his body is also the trans body.” The Telegraph would not reproduce the entire sermon in its possession. We can only speculate on its motives for this reticence.

Meanwhile, the dean, Dr Michael Banner, wrote to a complainant that the sermon “suggested that we might think about these images of Christ’s male/female body as providing us with ways of thinking about issues around transgender questions today” and, as such, called the preachment “legitimate”.

Fair enough – so there we have it. A bunch of congregants getting the vapours and a dean telling them (in my interpretation) to grow up.

The gender of God

But it seems that a far more interesting conversation is being missed. It’s about the gender of God. And that, so far as one can tell, is what the sermon was about. At least, it seems to have been, in relation to depictions of the Christ in Renaissance and contemporary art. Particular reference was apparently given to Jean Malouel’s work of 1400, Pietà, with the guest preacher referring to a vagina-like wound and blood gathering in the crotch of the Christ.

The gender fluidity of the Christ takes us into familiar contemporary territory. You don’t have to accept the conspiracy theories of Dan Brown’s novel, The Da Vinci Code (as execrably written as it is pan-galactically successful) to buy the feminine presence at Leonardo’s Last Supper. Or to see that Caravaggio painted the risen Christ as a woman in Supper at Emmaus.

If it’s a calumny, isn’t this the kind of idle, if sinful, false witness that Christ died to redeem

This is a fascinating subject, with real implications for how we might treat gender today. And it’s a shame for it to degenerate into a row in the press, sparked by those who one would expect to be made of sterner intellectual stuff, at such a venerable place of learning.

There’s a further thought: If, as it has been held since Augustine, the Nazarene was simultaneously entirely human and entirely divine, then what’s really worrying is that Trinity College’s faithful struggle more with the issue of his humanity in the incarnation, than with his divinity.

That, in turn, would mean that they would wish to limit God’s capacity with gender. But then perhaps that’s only human.