​Unbiblical ideas are everywhere but Christians are shrinking back in silence. Our church leaders must be bolder

Schools are teaching children dangerous ideas from a young age and extreme laws around gender are being passed in Scotland, argues Graham Nicholls. He believes church leaders need to be much more courageous when it comes to teaching on sexual ethics 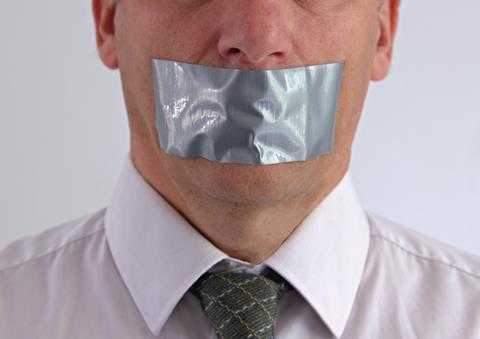 The recent debate on gender self-ID in Scotland should send shockwaves across the UK.

A nation once heavily influenced by Christian thinking has voted for a new ideology, which overturns centuries of science, reason, and Christian teaching.

The Government’s Bill aims to lower the age at which a person can change sex to just 16, requiring no medical or other evidence, and needing only six months’ living as if the other sex.

This news has terrifying ramifications for parents, schools and many struggling teenagers. The vote may have seen the largest SNP rebellion ever, with one Government minister resigning over the issue, but still the Bill progressed - 88 votes in favour and 33 against.

It will take many months for Self-ID to pass through the Scottish Parliament. Doubtless, many will seek to amend it. But if it passes in anything like its current form, being a faithful Christian in Scotland is set to be even further at odds with the relentless ‘progressive’ worldview pursued by those at the top.

Believing that people can be born in ‘the wrong body’ is not a brand new way of thinking. Indeed, it has striking parallels with ancient Gnosticism’s denial of the goodness of God’s created order and desire to find and perfect an inner self. Now even radical feminists are mystified by the sudden interest among non-religious people in a ‘gendered soul’ – the idea that who we feel we are ‘on the inside’ is who we really are.

Equally baffling is the continuous demand that UK governments outlaw the everyday work of churches under the guise of a catch-all ‘conversion therapy’ ban. The Scottish Government, which again seems keen to have the most extreme law in the UK (if not the world) just weeks ago published recommendations from its own ‘Expert Advisory Group’ to that effect. Not only did it suggest that churches “teaching the importance of marriage” is part of conversion therapy, but also claimed ministers who fall foul of the new law should lose their ability to lead churches and have public venues made unavailable to them. It also suggested that parents who have engaged in “conversion practices” could have their parental rights removed.

Meanwhile in Northern Ireland, Sinn Fein is carrying out research ahead of bringing in conversion therapy legislation as soon as they get the opportunity. The fact that the government-commissioned research is being carried out with the assistance of a group who advise on how to ‘safely’ take illegal drugs during homosexual group sex should ring alarm bells.

In England and Wales, the Government hasn’t said exactly what it will do, but remains committed to bringing a new law as promised in the Queen’s speech. Several MPs have promised to amend any legislation that is not to their liking, and despite promising sounds from one or two Labour MPs, Keir Starmer has passionately stated his own strong support for a broad ban – although at the same time making more sensible but rather contradictory statements against the social transitioning of children without their parents’ consent.

What are Christians to do? Many have shrunk back in silence, filled with dread of what feels like a tsunami of anti-religious sentiment. Phrases derived from a Christian worldview, such as the now ubiquitous ‘equality and diversity’, are misleadingly used to require allegiance to values which oppose scripture. Ideas like same-sex marriage now seem baked-in to everyday thinking.

But like flawed thinking in the past, the many ills delivered to us by the sexual revolution and the free-for-all culture of the internet era meet their match in the Christian gospel. The Bible is clear on these issues and offers a far better vision for human flourishing. Christian leaders should not fear taking a bolder stand.

We can and must teach the Bible with great compassion but with clarity and faithfulness when it comes to matters of identity and sexual ethics. The Bible offers patterns for human flourishing which every Christian – indeed every non-Christian – can benefit from.

We will also need to prepare our congregations for life in today’s culture. Many workplaces require Christians to attend training on LGBT thinking or to display pronouns on emails. Schools are teaching children dangerous ideas from a young age and holding events to celebrate LGBT Pride. It is crucial for church leaders to be prepared to pastorally support their congregation as it navigates these issues on an almost daily basis.

One way to affirm Christian teaching on marriage, sex and identity is to sign up to the Greater Love Declaration. Over a thousand ministers have signed the Declaration in just a few weeks, and even if you’re not a church leader you can add your name in support.

Against the backdrop of attempts to undermine Christian teaching in the UK, the Declaration affirms the Christian sexual ethic and commits ministers and pastoral workers to teaching it. It promotes a whole-life vision of Christian love modelled on Christ’s self-sacrifice – a helpful corrective to those who think Christians are simply obsessed with other people’s sexual activity.