Last week, the government announced that forthcoming proposals on banning conversion therapy would now include gender identity as well as sexual orientation. Danny Webster unpicks the twists and turns along the journey so far, and explains his concerns for the Church 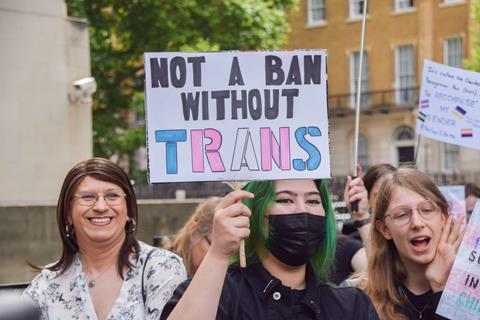 The government have recently re-announced that they are going to ban conversion practices. But despite multiple communications over the past couple of years, we are still not much clearer as to what this actually entails.

We do know that their current plans are different to what we thought was happening last spring, which was different to what they consulted on a year ago… and that’s not accounting for the u-turn that happened overnight at one point, when it looked like they might not bring forward any new laws at all.

What we also know is that legislating in this area is fraught with risks: of restricting individual freedoms, conversations between parents and children, and the everyday practices of churches. We know this from legislation passed in different parts of the world, from proposals considered across the UK, and legal opinions analysing the consequences of proposed new laws.

The first thing that needs to be made clear is that such proposals do not – or certainly should not – refer to conversion as Christians usually understand it. The government isn’t talking about conversion in terms of evangelism - following the call of Jesus to preach the good news and make disciples.

When discussing a ban on conversion practices, this usually relates to efforts to change someone’s sexual orientation or gender identity. Within this, there are many aspects that require detailed consideration. And this is why the government’s recent announcement means virtually nothing until details of any draft bill are published.

In matters of sexual orientation it is, at first glance, more straight forward. This is where ‘gay-cure’ practices are in view, attempts to force someone who is gay to be straight, and an expectation that efforts will see homosexual attraction replaced with heterosexual attraction. Over the last century, horrific practices have been conducted in this arena, from electroshock therapy to aversion therapy; to encouraging people to have sex with someone of the opposite sex to ‘turn’ them straight. Abusive practices are already illegal, and should be.

It is not all straightforward though, because proposals are no longer restricted to trying to forcibly change someone’s orientation. This becomes concerning from a Christian standpoint, because it is not just who someone is attracted to but their behaviour in response which is in view.

So actions to change how someone acts - not just who they are attracted to - are considered conversion practices. To put this simply, a church teaching chastity outside of marriage between one man and one woman could be seen as trying to ‘change’ someone’s actions.

In places such as Australia and Canada, laws have been passed that include stopping the suppression of sexual orientation. Again, this has the risk of looking simple on the surface. But what if suppression is applied to behaviour as well as attraction?

If suppressing someone’s behaviour in response to their orientation or attraction is classed as a conversion practice, this will discriminate against same-sex attracted people. For example, if a straight man goes to a church leader asking for prayer and support to help them resist sexual temptation with their girlfriend, this is allowed. But if it’s a woman in a lesbian relationship, it’s not.

The common definitions for conversion practices refer to efforts to change someone’s sexual orientation. It is obviously wrong to try and force anyone to change their sexual attraction. But what is not sufficiently considered is how support can be offered to an individual in making the choices that they want to make. This is most obvious when we consider pastoral care in a church. If someone - whether gay or straight - comes to a church leader, youth leader, or just a peer, and asks for prayer to resist sexual temptation, then churches must be free to provide this support through formal and informal means.

The risk to orthodox Christian teaching

There are further areas that need significant thought. First, does this just apply when directed to an individual, or also to a specific sub group? Does it make a difference if I am answering a question from one person, or preaching to a church congregation?

The response could be the same - that sexual intimacy should only be between a man and a woman in a marriage - and yet, according to campaigners, I could say that from the pulpit, but not in counsel to an individual or if directed to a sub-group, as that would be suppressing their sexuality.

We do not convert people to Christ, but we passionately pray that people will be converted

This is an unsustainable differentiation and exposes the breadth of activity that could easily be restricted by badly drafted law. If the teaching is harmful, then it should not matter who it is directed to. Campaigners talk about hate preaching and hate praying, but what they are really targeting is not how the beliefs are communicated but the beliefs themselves.

The final area that government proposals will likely overlook is the essential Christian belief that God transforms us.

This doesn’t always happen how we might want, and many of us live with unanswered prayers. Yet many of us encounter times when we realise God has changed our hearts, our inclinations, our desires and our dreams more than we could have expected.

Christian conversion involves turning from who we were and following Christ. Then he is able to work transformation in our lives.

And the government can’t legislate for (or against) that.