In 1971, over 50,000 Christians gathered in London. Dubbed the ‘anti-porn crusade’, the National Festival of Light was a ‘defining cultural moment’ for the British Church, inspiring a generation to proclaim the truth of the gospel in an increasingly liberal society. Fifty years later, it’s message is just as relevant 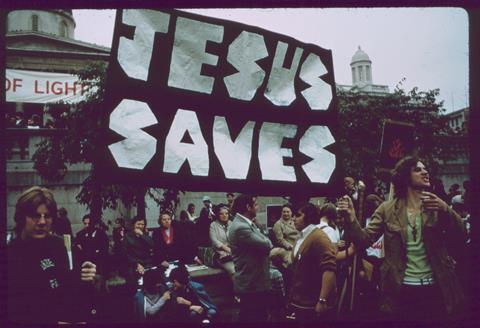 In the late 1960’s, at the start of what became known as the Charismatic Renewal, Jean Darnell, a much-loved American missionary living in the UK, described a picture she believed was from God: ”It was a bird’s eye view of a kind of haze over the whole British Isles, like a green fog. And then little pinpricks of light began to appear, from the top of Scotland to Land’s End, like fires breaking out all over the nation.”

Her prophetic vision inspired a small group of people to pray together and prepare for what God might do.

From vision to reality 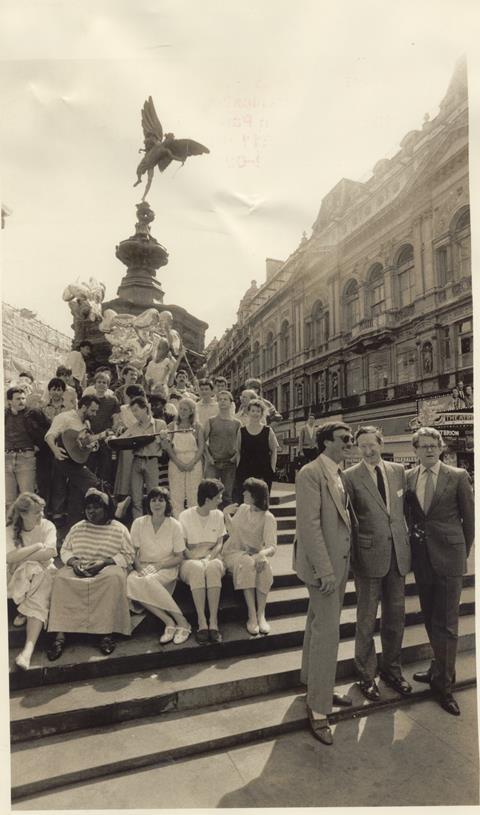 Co-founder and chair of CARE, Rev Lyndon Bowring (right) with two other friends and crowds of attendees in Trafalgar Square

By March 1971, as the group continued to meet and pray together, they began to discuss ideas to turn these visions into reality. Plans were made for a mass rally in Trafalgar Square, London, followed by a march to Hyde Park for a gospel concert, as well as regional events across the UK. Dubbed the National Festival of Light (NFoL), the events were designed to clearly proclaim the gospel and catalyse ”a positive stand for purity, love and family life” in an increasingly permissive society.

By July, Trafalgar Square and Hyde Park were booked, 200,000 publicity leaflets were printed and an impressive council of reference formed, bringing together Christian parliamentarians, church leaders, businesspeople and actors across all denominations. There was growing excitement all over the country; local churches were praying for the event, booking train tickets and even hiring coaches for the journey to London.

The event was largely regarded as an irrelevant ‘anti-porn crusade’ (fronted by Mary Whitehouse of the National Viewers and Listeners Association, and Lord Longford, a Labour Peer whose report on pornography was published in 1972) by much of the media.

However, a few weeks before the main event, an NFoL rally in Westminster Central Hall drew media attention when opponents planned ‘Operation Rupert’ – infiltrating fake nuns and other protesters into the congregation to heckle speakers. They stormed the platform and tried, unsuccessfully, to drown out the London Emmanuel Choir as they sung ‘How great thou art!’

Similar disruptions happened in Bath Abbey, and a bomb hoax interrupted a rally in Lancaster. But rather than disrupting the NFoL, the national newspaper coverage it drew only served to further publicise the event , and spur those involved to pray all the more.

On the night of 23 September, dubbed Operation Beacon, an estimated 100,000 Christians lit bonfires and torches on 300 hilltops throughout Britain, creating a ‘ring of fire’. In Sheffield, Cliff Richard lit a flare during the interval of a gig he was performing.

A day to remember

On Saturday 25 September, thousands of people gathered in Trafalgar Square. In the crowd, accompanied by his parents, was six-month-old Charlie Hoare, who later became CARE’s International Secretary.

After a series of speeches protesting against sexploitation in the media and the arts, and proclaiming Christ as the antidote (including one from Mary Whitehouse) the crowd made its way to Hyde Park for a concert, singing as they went. 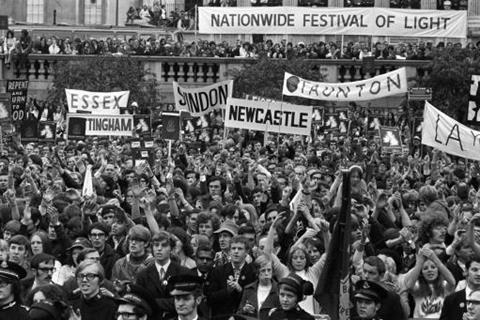 Over three quarters of the crowd were estimated to be under 25 years old, and travelled from across to UK to take part

Unbeknown to the crowds, organisers had earlier been advised that the PA system booked for the event was insufficient. They would need twice as many watts to be heard! As they prayed for a solution, a van pulled up. Its driver was delivering amplification for OZ, a heavy metal band well-known for their satanic lyrics, who were planning to blast out loud music in opposition to the festival. He told organisers that he’d felt ”an overwhelming conviction that he was on the wrong side.” 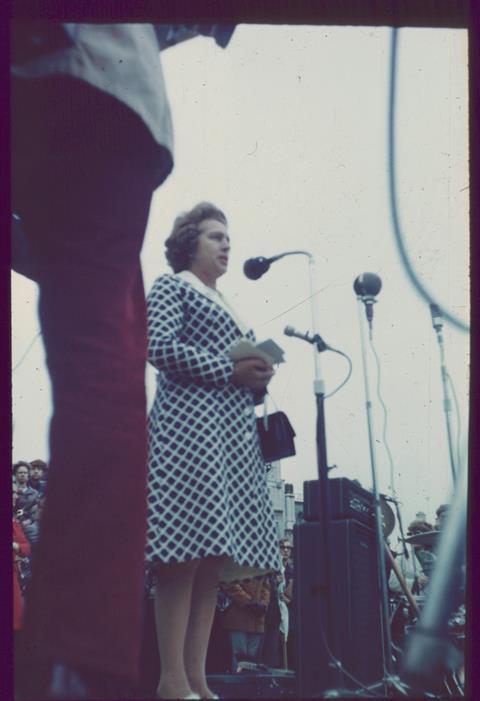 In the end, OZ didn’t get their equipment and NFoL’s wattage was powerful enough. As day turned to evening, the Hyde Park festival started. Performing beneath the words: ‘Jesus Christ is the solution’ were Cliff Richard, Dana, Graham Kendrick, Larry Norman and many others. When someone threw eggs at Cliff he cheerfully called out: ”Thanks! I’ll have them scrambled!” Other attempts to disrupt proceedings had little effect.

When Hollywood street evangelist Arthur Blessitt, famous for travelling all over the globe carrying a 12-foot wooden cross, invited everyone to kneel and acknowledge Jesus Christ as their Lord and Saviour, the vast majority did so. In an ”extraordinarily holy moment” the gathered crown then sang the Lord’s Prayer together.

The twin purposes of the NFoL were to inspire a generation to lift up the gospel message as the remedy to declining moral standards - shining as “the light of the world” and to encourage Christians to stand against these things – acting as ”the salt of the earth”. It was an extraordinary moment in twentieth-century Church history, as Christians woke up to the effects of many of the laws passed during the ‘Swinging Sixties’ that were transforming British culture. Where there had been restraint, now people felt liberated. And while some freedoms that emerged at that time were positive, others would lead to many problems in society. 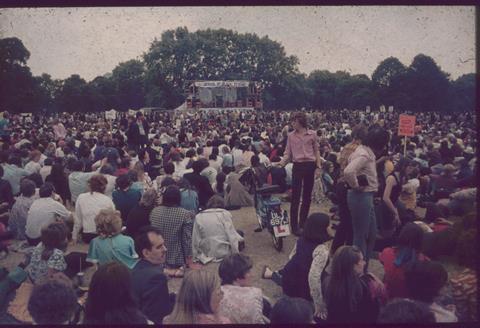 In Hyde Park, more people joined for a concert, dubbed the UK’s biggest ever Christian gathering

What made the festival so historic was that it came after a season of apathy, especially within the evangelical Church, towards public morality. In the 1950s and 60s, laws were repealed and new ones passed which represented a fundamental shift away from Judeo-Christian morals, towards a more promiscuous and liberal society. Of course, not all the changes of the 50s and 60s were negative. But, with divorce made easier and abortion legalised in 1967, core values were rapidly changing. The NFoL sought to challenge this silence and encourage the church to speak out.

After the NFoL, the core team continued to campaign, and in 1983, changed their name to CARE, which stands for Christian Action Research and Education. Today, 50 years on, CARE is still working with policy shapers to bring an informed, authentic Christian worldview to issues such as marriage, abortion, human trafficking, gambling and more. We continue to work towards positive change, based on Biblical principles. Now, more than ever, we need Christians to stand with us.