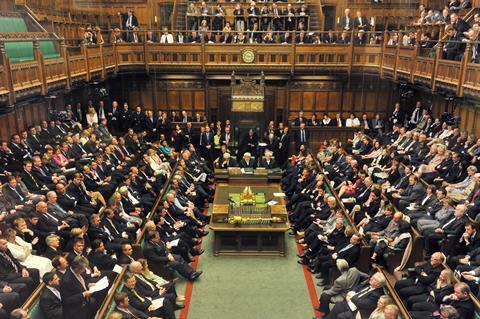 What secular sin has actually been committed here? Is the problem that he used his phone during work or in the chamber? The answer would seem to be no. There is a great picture of dozens of MPs on their phones apparently live tweeting a particularly riveting budget statement. Previously, an MP has been caught playing Candy Crush on his mobile, with no seeming repercussions, so it doesn’t matter that the use wasn’t work related.

But I am not sure what our secular culture has to say about it. Politicians have recently debated the Online Harms Bill which would require pornography websites to verify their users’ ages. There is no question of banning pornography, just deciding at what age people can access it.

Earlier this week, Tim Farron wrote about the prolific use of Bible references and Christian language in the debate over whether Boris Johnston should be investigated for lying. He cited historian Tom Holland, who has noted in his book Dominion: How the Christian revolution remade the world (Basic books) that: “to live in a Western country is to live in a society that is still utterly saturated by Christian concepts and assumptions.”

The fruit without the root

When it comes to the God story, our society tends to pick the fruit of the tree while taking an axe to the base of the trunk. Equality, dignity and human rights, which come from our Christian history, are happily enjoyed, while faith is often marginalised. We continue to have this strange relationship with the Christian story that has so shaped our culture.

Equality, dignity and human rights, which come from our Christian history, are happily enjoyed, while faith is often marginalised

The risk in a post-Christendom world is that people cling to the God story without the God of that story. We need a personal encounter with Jesus and the empowering of the Holy Spirit, otherwise we are left with a world of secular sin and cancel culture with no hope of grace, mercy and forgiveness.