Sex is a good gift from God. But it isn’t easy when you have a chronic illness

Sex is often challenging to talk about. But as a Christian with a long term chronic illness, it can be even harder. Here are some of the lessons Fiona Smith has learned over the years 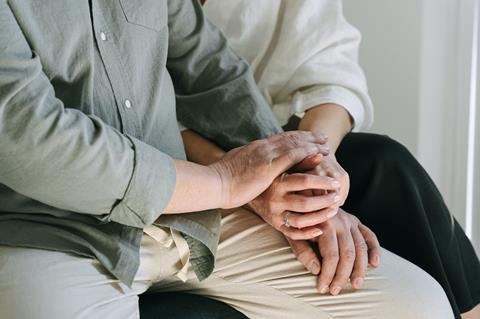 When I was first diagnosed with Myalgic encephalomyelitis (M.E), my life changed overnight.

One day I was working full time, the next I couldn’t move. For the first three years, I was totally bedbound. I would look at a chair and have absolutely no idea what it was. I had forgotten virtually everything; I lost the ability to recognise sounds or read. Any noise made me violently ill. For over a decade, I could not read my Bible, listen to worship music or sermons. I had very little human contact. It was literally me and God.

I could only remember one piece of scripture, so I sustained myself for ten years on, “Be still and know that I am God.” (Psalm 46:10). During that time, I had to learn a very different way to keep myself spiritually alive, because everything I once relied upon was now inaccessible. I had to learn how to encounter God and just spend time in his presence. The voice of God became my only source of spiritual life.

Intimacy is about living life close together; it doesn’t always have to be a sexual act

Now, 20 years later, I am still often largely housebound. My faith has been challenged to the core. I have trusted, doubted and wrestled with God. But through it all, it has pushed me deeper into intimacy with him. It feels like God has reconstructed me.

No one can prepare you for how hard it is to live with chronic illness, let alone to balance a relationship and sex. But it is not just sick people that find things difficult.

Genesis 2:25 says: “Adam and his wife were both naked, and they felt no shame.” God created man and women to be naked and close to each other, delighting in one another’s presence. And in Matthew 19:4-6 Jesus reminds his audience that “at the beginning the Creator ‘made them male and female,’ and said, ‘For this reason a man will leave his father and mother and be united to his wife, and the two will become one flesh.’”

God created sex as a gift to and for us in marriage. It is a spiritual act to give yourselves to each other, exploring and loving each other’s bodies, the way God created them to be - bumps, curves, warts and all!

But is sex all plain sailing? No. Nearly all couples struggle at some point. Many healthy women struggle to climax and some men struggle with erectile dysfunctions. We don’t often talk about it at church, but we do need to open up channels of communication around this important subject.

The first time we tried to have sex after I fell ill, the implications were massive. It triggered the most excruciating relapse and I was bedbound for three months.

My husband was distraught at the damage it caused to my body, even though he didn’t do anything wrong. I just didn’t realise how much your body shuts down when you are ill. Internally, I felt nothing. I had no feelings or sensations.

It was hard not to resent my body, to hate it for not doing what it should.

Mentally, it is hard when you want your body to be able to do something, but it won’t.

I began to fear physical intimacy because of the pain afterwards. I found myself trying to muster up the courage to get through the relapse that I knew would follow.

But is sex all plain sailing? No. Nearly all couples struggle at some point

Sex as we knew it had to change. Sex became lying next to one another, holding each other or just holding hands. Kissing was often hard because my throat was always so sore. But during this time, our friendship grew. We learned to respect each other in a very different way. When we were able to make love, some positions were easier than others. We learned to laugh and work with what we had.

Throughout it all, open communication has been key. In any marriage, it is so important to express how you feel about what is working and what is not. Be honest with each other and, if needed, build a mutual understanding of the importance of alternating rest and activity.

Sometimes just a kiss in the shower can spice up your married life, or a cheeky touch or kiss as you pass each other by.

Intimacy is about living life close together; it doesn’t always have to be a full-on sexual act. If you can’t manage intercourse, try flirting with one another, sleeping naked or buying nice clothes to make you feel aroused.

Because of my illness, my husband and I had to be extremely open with each other about how we approach sex. We have become excellent problem solvers and great time managers.

Now, we start by asking the Holy Spirit to help us and protect my body. In my head, I pray in tongues too. It may sound strange, but if we believe that sex is sacred, we shouldn’t be ashamed of inviting God into the process.

Fiona SmithFiona Smith has been happily married to Matt for 18 years and they have 2 children. She was diagnosed with Myalgic Encephalomyelitis (M.E) 29 years ago