‘I was scarred by my abortions, but God healed me’ 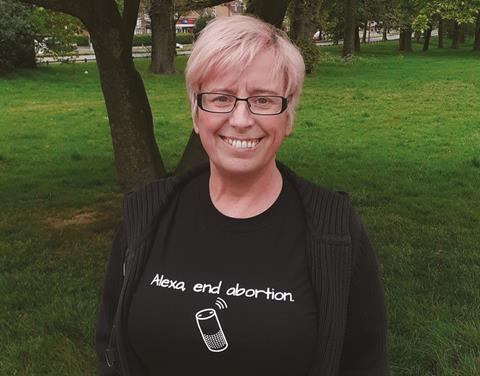 The early years of Rachel MacKenzie’s life were full of brokenness. Growing up in the Midlands, her father suffered from schizophrenia and religious mania that ended her parents’ marriage when she was three.

Rachel moved in with her grandparents and two uncles. When she was six years old, her uncles began to sexually abuse her. She describes her childhood as “a living hell”. “I knew I wasn’t loved,” she says. “It was a sick place to be.”

A cycle of pain

Starved of affection, Rachel searched for love in all the wrong places. Aged 15, she met an older man. “I recognise now that I was raped,” she says of their relationship.

While still at school, she became pregnant and had her first abortion. “I was 17, but my emotional age was like a seven-year-old. I was just so messed up,” she says. “I just wanted to be unpregnant. I wanted the problem to go away.”

Brought up Catholic, Rachel was convinced she had committed an unforgivable sin. “I went to Catholic school,” she says, “and I did believe that there was a God somewhere up there. He had nothing to do with my life at that point, but I knew I would go to hell for what I had done.”

A sense of shame dominated her adult life, causing her to seek solace in a promiscuous lifestyle. She jumped from relationship to relationship “swallowing the morning after pill like there was no tomorrow”. “It’s not an excuse,” she adds, “but there are situations that really set you up to fail.

“I was like a glass vase. With the rape and abuse, I broke; and I’d go into every relationship broken, and then break again and again.”

Despite her nominal faith, Rachel was drawn to studying theology at university. “I was good at it,” she says, “but there was nothing godly about me.” Aged 22, and teaching RE in a Catholic school, she fell pregnant again.

Her second termination was “horrific”, she says, causing her to spiral into shock and disassociation. “I had two abortions because I didn’t want to be a mum, but abortion just made me a mum to dead children. That’s what people don’t recognise.”

In her early 30s, Rachel discovered her partner was having an affair and ended the relationship. Knowing the shame she felt over her past abortions, the ex-boyfriend blackmailed her, threatening to tell her mum unless she signed the house they owned together over to him.

“Secrets keep you sick,” she says. “I was bulimic after the abortions – you fill yourself to empty yourself – it’s re-enacting the trauma again and again.”

A colleague at work noticed her distress and offered to pray for her. “I said: ‘Does that mean my mum won’t know?’ And she said: ‘No! But maybe you need to know how much your mum loves you.’ I said: ‘No, she’s going to kill me.’” But when Rachel finally confided in her mum, her response was just as the friend had prayed it would be. “Mum hugged me and said: ‘You don’t know how much I love you. You need God in your life. You need Rachel’s Vineyard.’” 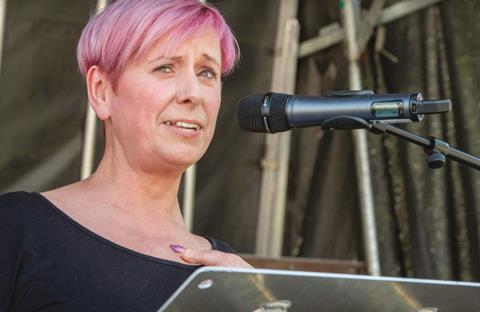 Over the next eight years, Rachel’s mum continued to encourage her back towards God, and healing, despite Rachel’s angry protestations that she did not need either. Finally, she gave in. “You either get on your knees or God puts you on your knees,” she says.

After another relationship ended, Rachel rang her mum, feeling “broken”. “She said: ‘Rachel, why do you keep doing the same thing and expecting different results?’ In that second, God got me!”

After recommitting her life to God, Rachel went on a pilgrimage to Bosnia. There, she met a priest, one of only two in Ireland who was part of Rachel’s Vineyard. “There were thousands of priests,” she says, “and I had to choose him!”

He asked Rachel if she had heard of his organisation. “I thought: Heard of it? I’ve had it rammed down my throat [by my mum] for eight years. I knew God was calling me to go.”

During a Rachel’s Vineyard retreat, she attended an anger workshop. “I said: ‘I’m not angry. I forgive my uncles for the abuse.’ But what I’d actually done was not work through that,” Rachel says. “Have you ever read We’re Going On a Bear Hunt? ‘You can’t go over it, you can’t go round it, you’ve got to go through it.’ That’s the thing with grief and forgiveness.”

Eventually, something unlocked. “When that anger left, there was this wide open space in my heart,” she says. “I went to Rachel’s Vineyard dragging my abortions behind me, but I left a mother of two, to Jude and Paul.” The acceptance of what she had done helped her receive God’s forgiveness and was instrumental to her healing.

Rachel describes herself as “a changed person” after Rachel’s Vineyard. “All I wanted to do was start one in England,” she says. “But I knew I had to wait to be asked.” Seven years later, after she had been sharing her testimony, the call finally came.

She reduced her teaching hours and set up Rachel’s Vineyard in the Midlands, facilitating weekend retreats for others who, like her, have experienced post-abortion trauma. In 2019, she quit her job to focus on the ministry full-time. Believing God has called her to “live by providence”, she describes the years since as a “rollercoaster” of miraculous provision.

“We’ve had Muslims, atheists, Buddhists. I always say: ‘I don’t care where you come from. At the end of the day, we’re all grieving, and we’ve all lost our children. But it is a Christian programme, so you’re going to hear the Bible.

I’m not asking you to believe; I’m just asking you to listen, and then I’ll ask you some questions related to your abortion story.’ But somewhere along the line, they end up asking: Are you real, Jesus? It’s amazing what God does.”