Dear Facebook, death threats are morally repugnant - even in war

Whatever we think of Putin and the invasion of Ukraine, Jesus calls us to love our enemy, not wish death upon them. Free speech should not be used as an excuse to promote political propaganda, and Facebook is not the moral arbiter of public discourse, says Calvin Robinson 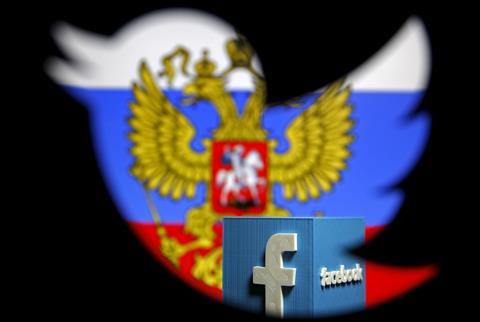 It could be argued that the Internet is the devil’s playground, taking all the worst elements of society and making them instantly accessible to anyone with an electronic device. From child pornography to detailed instructions on how to construct a bomb, every evil of mankind is available at the click of a button.

There was a time when the World Wide Web was hailed as one of the greatest innovations, with the potential to replace libraries. After all, you can search through millions of books in real time at almost no expense. However, what we may not have considered during the dot-com bubble in the 1990s was the fact that books cannot be altered on the fly. Once published, they tend to stay static until republished or re-printed. Websites, on the other hand, can be altered instantaneously, and with malice.

Until last year, the dictionary definition of a vaccine would have read something along the lines of “a substance injected into the body to provide immunity”. Now, a quick search of ‘vaccine’ on Merriam-Webster’s website will determine the definition has recently been altered to: “a substance used to provide an immune response”. A subtle but significant change to reflect the fact that the Covid-19 vaccine doesn’t provide immunity, but triggers the body to stimulate an immune response. Depending on your stance on vaccines, this may or may not seem like a sinister move. But the point is, anyone with a Wikipedia account now has the power to redefine reality - provided they’re on the right side of the moderators.

Moderators hold great power. We saw this when Twitter famously banned Donald Trump, then-President of the United States of America. They interpreted one of his tweets as being an “indication that President Trump does not plan to facilitate an 'orderly transition’”. But since when was it the job of private companies to determine the context of a president’s message? You don't have to be a Trump fan to be concerned that Twitter's decision to remove the leader of the free world from their platform could set a worrying precedent.

One could argue that, as a private company, Twitter has every right to ban whomever they choose. However, when social media giants like Twitter and Facebook intervene, they risk closing down debate. These companies are enormously powerful. They hold the keys to the public marketplace of ideas. Twitter and Facebook are far more than private companies – they are a form of digital infrastructure; the information superhighway. Censorship of political thought and ideas is dangerous, and we’ve seen a clear bias in one direction over recent months and years. Twitter has admitted their algorithm discriminated against right-wing tweeters, and it’s not long ago Facebook was banning the mention of the cause of the pandemic resulting from a lab leak – now recognised as the most plausible explanation.

When Facebook announced that they were relaxing their rules regarding hate speech in certain parts of Europe this week, many might have celebrated this as a win for free speech. But while users are being allowed new freedoms, this is only within limited exemptions. You cannot make death threats, unless they're toward Putin and/or Russian and Belarussian soldiers. This is an unusual move for Facebook. Despite having a reputation for supressing some forms of speech, they're now running in the opposite direction - allowing previously banned speech on their platform. What’s concerning, is the political nature of this decision. Tech companies are now telling us who is ‘deserving’ of death threats and who isn’t. Do they deserve such power or influence?

War is clearly bad, and we should never support invasions of any kind, but it cannot be seen as appropriate to be wishing death upon anyone, even one’s enemies.

“But I say unto you, Love your enemies, bless them that curse you, do good to them that hate you, and pray for them which despitefully use you, and persecute you,” says Jesus in Matthew 5:44 (KJV). It’s morally repugnant for a company that is usually so intensely oppressive of speech to be suddenly enabling and practically encouraging users to post “death to the Russian invaders”, as per their memo. More than the promotion of political bias, this is entirely wicked behaviour.

It seems that big tech companies are not satisfied with painting themselves as the arbiters of truth, they now want to be our moral compasses, too.