English Heritage caused a media storm last week after stating that Enid Blyton’s books contain racist material. Some have suggested her books are no longer suitable for modern audiences, but Calvin Robinson says we should be contextualise people and stories, not ban them 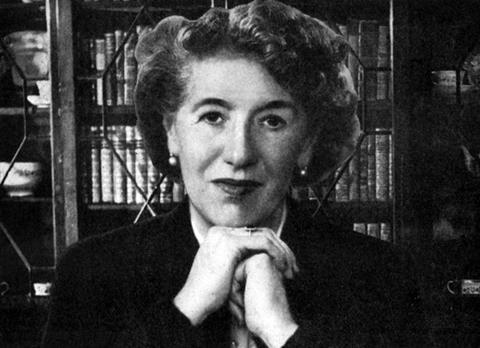 Enid Blyton is the latest victim of Cancel Culture. The author of children’s classics Famous Five and Noddy has been deemed inappropriate for modern audiences due to her old fashioned opinions.

Born in 1897, it’s fair to say Enid Blyton was a woman from a bygone era. Many of her wonderful stories feature biblical narratives; others are full of child-like wonder and fantasy. Yes, there are outdated stereotypes present in some of Enid’s stories, but these are books from another time. It doesn’t make a lot of sense to judge people of yesterday by today’s standards.

Nobody is going to pick up an Enid Blyton novel and assume it was written in the twenty-first century – it’s clear by the characters, the environments and the narratives that these are stories from a long lost past. However, that doesn’t mean there’s not something to be gained from reading them today. The books still hold many lovely tales that children will enjoy; they also demonstrate how much progress we’ve made in terms of gender and racial stereotypes. These are conversations parents could be having with their children when they read these stories; they’re not a reason to banish the books from the library.

Instead of rushing to ban books and cancel characters from the past who don’t fit into today’s hyper-progressive narrative, perhaps we could work better to contextualise people and stories. Forgive my old-fashioned thinking, but instead of sitting children in front of the electronic babysitter, maybe more parents would consider reading Enid Blyton stories to their young children and engaging in conversation about societal moods and changes in attitudes towards gender and race?

We seem to spend so much time, these days, focussing on the negatives of the past. Here’s a real opportunity to highlight some of the progress we’ve made in the United Kingdom over the past hundred years or so – leaps and bounds by any standard.

It has been suggested that Enid Bylton’s books should be removed from schools, to which I say hogwash! The curriculum is designed around important knowledge we want to pass on to the next generation, we find the best there has been and deliver that as a canon - what we don’t do is judge yesterday’s authors by today’s societal standards, we judge them by their works and we critique them accordingly. That is precisely what we must do in this instance. There’s an incredible amount to be gained from these traditional, quintessentially English stories.