This bishop’s ‘Never trust a Tory’ tweet was wrong. But so are the calls for her to resign

When it comes to social media, we should all tweet each other as we’d like to be tweeted, says Paul Kerensa 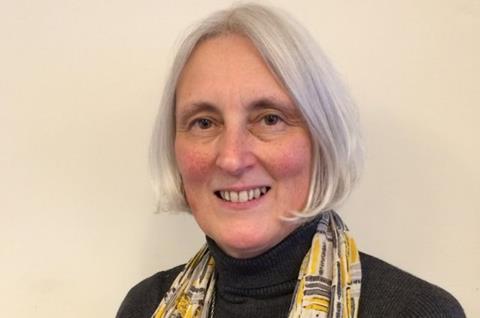 Here we are again.

A person says a regrettable thing. Another person calls for their resignation. We form an opinion and join in, picking a side, often depending on our tribal affiliations.

In this case, it’s a bishop and a politician. Have you chosen a side yet? Do you need to?

The Bishop of St David’s, Dr Joanna Penberthy, tweeted, “Never trust a Tory”. She has since apologised and deleted the tweet, so you won’t be able to see that tweet now, apart from via those who’ve eagerly screenshotted it.

It’s worth noting that she was tweeting in reply to someone else’s comment. The bishop didn’t necessarily wake up that morning with an axe to grind and a social media platform to swing it from. It was not a sermon she prayed about, wrote and delivered. It was a knee-jerk response.

The Archbishop of Canterbury said he was “deeply embarrassed” by her tweet. Chris Loder, MP for West Dorset, has led calls for her resignation. So should she hand in her mitre?

Of course she shouldn’t. She was expressing her opinion, if a little too bluntly. Meanwhile, government ministers who have acted unlawfully remain in their posts without so much as an apology, let alone a by-election.

Was Twitter a good place for Dr Penberthy to express her own one-sided opinion? She’s been long-known for her strong political views, posting hashtags including #GTTO (‘Get The Tories Out’). But, in this case, she has acknowledged that she overstepped the mark. So what now? Is deleting her account enough?

We’re in the toddling years of social media, still discovering where the line is. I’m fascinated with how the old world meets the new, and I think it’s fair to say that bishops are an old-world breed. They preach the word of God or speak in the House of Lords. Here, the bishop was certainly preaching, even if it was an opinion that half of her congregants may not have liked. Twitter is a platform not a pulpit, more like a shouting-match in a pub where opinions are thrown around and - unfortunately for the bishop - written down.

So what would Jesus do? Choose his words more carefully or rail against authority? It is possible to do both. It’s important to speak truth to power, but we must be careful whose truth we’re speaking. Is it true that you should never trust a Tory? Doubtful. Is it true that the government should be held to account by bishops? Doubtless.

Should bishops be held to greater scrutiny than MPs? Should any of us?

One Christmas, as a teenager, I attended midnight Mass. It was my first cathedral service and I clearly recall the slow, deliberate delivery of the bishop’s sermon – essential with the cathedral’s booming acoustics. Such speech makes each word count.

Making our words count - in real life and on social media - is something we should all aspire to. The weight of our words means they are not to be thrown about unless we’re sure of our aim. They can leave an imprint that lasts. I’m sure if an MP had tweeted, ‘Never trust a bishop,’ Dr Penberthy and others would have rightly asked for an apology – though resignations would not be forthcoming. Should bishops be held to greater scrutiny than MPs? Should any of us?

It starts with me. I’m trying to be less critical on social media: pile-ons can be tempting to touch but electrifying. But I pray that I won’t succumb to silence either, fearful of what the next Twitter mob might make of my words. So I don’t want vanilla bishops either. I applaud our outspoken church leaders.

May we all be swift to realise when we tread over the line, but may we look for that line and keep prodding it, asking it to reveal the shape of things. ‘Cancel culture’ – that trend for silencing those we disagree with – is unhelpful, discouraging those who speak out and speak up.

Last week, the author Chimamanda Ngozi Adichie, a victim of online trolling for her views, took issue with controversy-hunters eager to sound virtuous in a public forum: “Young people… tell me they are terrified to tweet anything, that they read and reread their tweets because they fear they will be attacked by their own. The assumption of good faith is dead. What matters is not goodness but the appearance of goodness. We are no longer human beings. We are now angels jostling to out-angel one another. God help us.”

We will be here again, like the cycle of the biblical judges, putting trust in the wrong people and fixing things the wrong way.

I pray that we get better at living together, that we would use platforms like social media well, that God’s will be retweeted, and that we tweet others as we would have them tweet us.