Could the Queen’s death bring revival?

Within two days, the UK had a new prime minister and a new king. As the Queen’s funeral marks the end of an era, George Pitcher is praying for the winds of change to bring God’s reviving fire 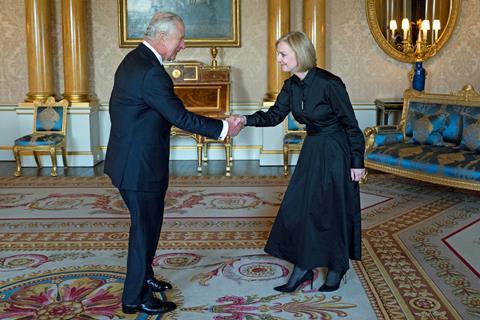 Little more than a fortnight ago, Queen Elizabeth was head of state and Boris Johnson was our prime minister. All that has changed in less than half a month – now Charles is king and Liz Truss is his new PM. It’s a bit of a shock to the system. Or perhaps it isn’t

Plus ca change, plus c’est la meme chose, or so goes the saying. The more it changes, the cynic claims, the more it stays the same. With the death of the Queen and the aberration of Johnson’s short premiership over, many are claiming it is the end of an era. But has anything really changed? And, more importantly, are we changed by these events?

A walk into wonder

Last Sunday, after celebrating early communion, I took the train to Oxford to go for a walk with an old friend. Mark Jones is writing a book about the great theologian (not that he’d have called himself that) C.S. Lewis. His book retraces Lewis’s regular walks with his friends, little pilgrimages which shaped his thoughts. We were marking the 91st anniversary of a night-time stroll he took in 1931 along Addison’s Walk, the deer park behind Magdalen College, where he was a fellow. Lewis was accompanied by his friends JRR Tolkien, of Rings and Hobbit fame, and Hugo Dyson.

This dark, and very probably slightly drunken walk, is credited with converting the famously atheist Lewis into the totemic Christian figure he became. Principally, Tolkien’s great achievement was to impress upon Lewis the power of myth as a source of truth - indeed of the most profound truth. According to Tolkien, the story of Christ’s life, death and resurrection differed from ancient myths such as the Norse, because it was a true story being told by God himself. Less than a fortnight after that walk, Lewis embraced the Christ as the profoundest source of truth.

It was more than just everything being closed; there was a pause - a hiatus - as if something was awaited

We retraced the walk, with Mark’s mobile phone lighting the way and recording our exchange, conveniences unavailable to Lewis and Tolkien. Whether our discourse had the effect on Mark’s atheism that Tolkien had on Lewis’s I await to discover. But I’m not counting the days and rather doubt it. Still, doubt isn’t the opposite of faith – certainty is. So we’ll see. What we can be certain about is that Lewis was changed by his walk that night.

Change was much on my mind as I took the train south again on Monday, the day of the Queen’s funeral. England looked exactly the same, but there was still a feeling that everything had changed. In London - indeed everywhere - there was a stillness to the public holiday, apart from the areas immediately around the pageantry and processions of the state funeral. It was more than just everything being closed; there was a pause - a hiatus - as if something was awaited.

But what could possibly be expected? It was a day about endings, not beginnings, surely. The Queen’s 70-year reign being marked by its finality, a feeling almost too much to bear for many of the public mourners looking on. And a feeling, I imagine, not unlike that of mourners on the first Easter Saturday.

The words of scriptural comfort from the Queen’s committal service in St George’s Chapel, Windsor, came from the Revelation of John, witnessing “the Holy City, the new Jerusalem, coming down from God out of heaven, prepared as a bride adorned for her husband.” Then the voice from the throne declares: “Behold, I make all things new.” (Revelation 21:2,5, KJV).

Could this be a moment of almost-Weslyan religious renewal?

Into the stillness of that funeral day came a sense of renewal. There’s a hard winter coming but, nonetheless, there’s an opportunity to renew our public life with something more hopeful and fresh. It may be one of the little resurrections that a nation can periodically and necessarily experience.

Lewis spoke of a sudden gust of wind, coming from apparently nowhere, that accompanied his night-time revelation with Tolkien. There is, perhaps, a wind of change apparent in our public life now, if we’re willing to catch it.

We have the chance to retell the story of who we are, bringing the myths of our nationhood into alignment with rational logic to reveal some profounder truths, if we’re brave enough to face them. It will require honesty and rigour. But, as with Lewis’s night-time walk, it could be more than worthwhile; we could, right now, be experiencing the darkness before a bright new dawn.