Christians in India are being raped and murdered for their faith. The world must act now

Christian and Muslims in India are being systematically raped and murdered by Hindu extremists, according to a shocking new report from Open Doors and the London School of Economics 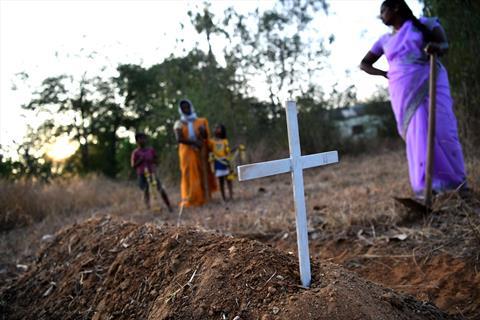 When a country is described as the world’s biggest democracy, you would not expect to hear accusations of a systematic campaign of violence, rape and murder carried out against its religious minorities.

But that is just what a new report - Destructive Lies: Disinformation, speech that incites violence and discrimination against religious minorities in India - has found.

Christians and Muslims in India – particularly from the impoverished Dalit and Adivasi caste communities - suffer appalling levels of persecution at the hands of violent vigilante mobs of Hindu nationalists, or Hindutva, who want to establish India as a Nationalist Hindu state.

The investigation, commissioned by Open Doors and conducted by researchers at the London School of Economics (LSE), reveals a shocking picture of extreme persecution. It records politicians inciting and condoning violence while police, courts and the media all collude to allow the attacks to go unchecked and unpunished.

The international community cannot turn a blind eye to these atrocities

According to the LSE report, “Right from the highest office of the Prime Minister all the way down to district or village level officials, Indian government machinery has in different ways sanctioned the persecution of religious minorities.”

Targeted for their faith

It is no exaggeration to say that Christians and Muslims are facing an existential threat in India. Becoming a victim of violence is no longer a case of being in the wrong place at the wrong time. More and more, religious minorities are being sought out and targeted.

In one unprovoked attack, Sunita, an Adivasi Christian woman, lost her unborn baby after Hindutva radicals assaulted her and kicked her in the stomach. In 2020, she was attending a New Year’s party with other women in her village when a mob of Hindutva Rashtriya Swayamsevak Sangh (RSS) men arrived. They beat up members of the household, accusing them of converting to Christianity. Sunita was eight months pregnant at the time. She was rushed to hospital after her attack but her child was stillborn as a result.

Although Sunita’s family tried to file a report with the police, officers did not register it. Instead, they began investigating the family’s finances, looking for monetary transactions which might account for them converting to Christianity.

After human rights organisations became involved, the police eventually registered the case and carried out a post-mortem on Sunita’s baby. However, it officially recorded that the baby had “suffered no injuries”. Local media did not report Sunita’s assault at all.

The media also failed to report the murder of a Christian teenager who was bludgeoned to death and chopped into pieces in 2020. Sukumar, from a village in Southern Odisha, was specifically targeted by Hindutva vigilantes after he became a church leader.

Sukumar’s family had faced persistent violence in the run up to his murder. Two of his cousins were abducted and tied up in sacks. Their captors threatened to throw them into a river if they did not renounce their Christian faith.

Around the same time, several villagers died of a ‘mysterious’ illness. Hindu radicals falsely accused Sukumar of witchcraft despite authorities declaring that the deaths were due to a contaminated water source.

Initially, the police stated that Sukumar was killed because he was a Christian. Later, after the media became involved, they released a statement saying that he was killed because the villagers believed he was practicing witchcraft.

Police failing to file incident reports and the media failing to represent the victim’s side of a story are just two of the systemic problems that Christians and Muslims face in India when attempting to fight for justice.

Even during the coronavirus pandemic, vigilante mob lynchings, assaults, state harassment, censorship and attempts to drive Muslims and Christians from their land and homes did not abate. Rather, they are developing in new and disturbing ways.

The international community can no longer ignore what is happening in India. They cannot turn a blind eye to these atrocities. That is why Open Doors is calling for a thorough investigation of this brutal and systematic persecution of religious minorities.

Join the #StandForTruthIndia campaign and write to your MP