Criminal Christianity? What this Bible smuggler taught me about breaking the law

The first Christians told the authorities, “We must obey God rather than human beings!” It’s a principle Brother Andrew lived out, says Dr David Landrum 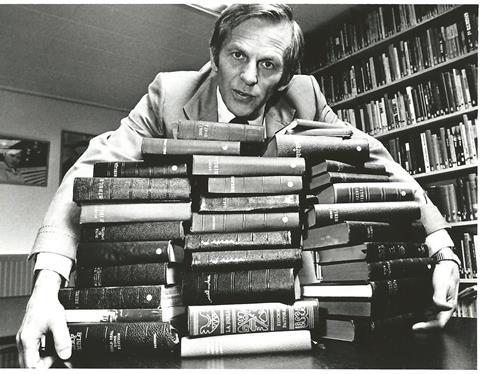 When should a Christian obey the non-Christian authorities of a nation?

It’s a question that has occupied religious thinkers for the last two millennia. For me though, theologian David Koyzis nailed it when he was asked that question, replying: “A Christian should always obey the law…except when they shouldn’t.”

It’s an answer that I think Brother Andrew would have approved of. Andrew, real name Anne van der Bijl, died last week aged 94. His nickname was “God’s smuggler” – also the title of his 10 million-selling biography – after his tireless work smuggling Bibles across the Iron Curtain.

His border crossings in a bright blue Volkswagen Beetle stuffed with illicit Bibles are now the stuff of legend. Praying that God would ‘make seeing eyes blind’, the book recounts cases of border guards meticulously searching his car, sometimes for hours, and not discovering the boxes of Bibles hiding in plain sight on the back seat. These miraculous evasions not only helped to sustain beleaguered Christian communities in the Soviet Bloc, they also gave timely impetus to the prayer and political movements of the Velvet Revolution in Czechoslovakia and the Solidarity movement in Poland. The rest, as they say is history…

Brother Andrew eventually helped to found Open Doors, a global ministry to support the persecuted church, which now operates both overtly and covertly more than 70 countries, supporting many of the roughly 360 million Christians living in the shadow of persecution or discrimination today.

It is easy (or perhaps convenient) to forget that much of Andrew’s missionary work was illegal. Bible imports were strictly prohibited in every communist country Brother Andrew entered. Indeed, any religious missionary activity, especially from the West, was a very dangerous enterprise. To be caught by the KGB or other state agencies would mean interrogation, torture and often death.

Today, the idea of risking life and limb for access to an ancient religious text is hard to comprehend for most people in the West. Having largely embraced a secular way of life, they are either unaware of or uninterested in the fact that the Bible is foundational for the many rights and freedoms we all basically take for granted.

Across the world, many who are still restricted from accessing the scriptures observe our cultural complacency with astonishment. They know something that we have forgotten in the West about the book we choose to neglect. They know that despots and dictators can see how the message of the Bible challenges their grip on power. They know that the gospel subverts the kind of power their position is based upon. They sense that the Bible demands, extends and sustains religious freedom – a freedom which underpins so many other human rights.

It explains why the authorities in North Korea, Iran, Saudi Arabia and many other places make every effort to resist freedom of religion. It explains why in March this year, 20 years after Open Doors smuggled one million Bibles into China in one night, the Chinese Communist Party introduced sweeping new restrictions on Bible sales.

Religious freedom is like a ‘canary in the coalmine’ for human rights in general. Where it exists, more general freedoms prosper. Where it is suppressed, freedom cannot flourish. There is a lot at stake, then. According to the Government-commissioned Truro Report: “The freedom to think for oneself and to choose to believe what one chooses to believe, without fear of coercion, is the most fundamental human right, and is indeed the one on which so many others depend: because if one is not free to think or believe how can one order one’s life in any other way one chooses?”

Christians can never give uncritical allegiance to any earthly authority, state or government. Their first loyalty is to Jesus Christ

Brother Andrew understood what was at stake when he broke the “laws of the land” in the former Soviet Union and around the world. However, as a follower of Jesus, he knew he had ‘dual citizenship’. He was subject to both earthly and heavenly authorities. And for Andrew, God’s authority had the final word. As the Apostles told the Sanhedrin when instructed to stop proclaiming Christ: “We must obey God rather than human beings!” (Acts 5:29)

This is not ‘pick and choose’ thing, where we deliberate over which regulations we feel like adhering to. Whether earthly authorities are pagan, secular or even religious, there is recognition in the Bible that these authorities have been instituted by God for the purpose of restraining evil and encouraging good. And while we know that authorities can be corrupted, the Bible stresses that Christians should seek to be model citizens, obeying the law and setting an example.

However, the principles of dual citizenship also clearly affirm that Christians can never give uncritical allegiance to any earthly authority, state or government because their first loyalty is to the Lord Jesus Christ. There are tensions galore as we wrestle with the implications of our dual citizenship, but this affirmation of our ultimate loyalties shows us the true limit of any law. This is our red line.

When asked whether he had any regrets about his life’s work, Brother Andrew is reported to have said “If I could live my life over again, I would be a lot more radical”.

As we remember the extraordinary life of Brother Andrew, I hope we too are inspired to foster a radical pioneering faith that seeks to change the world. But remember, fired by this radical faith we should always obey the law – except when we shouldn’t’.