In a complex and diverse world, Bishop Joseph D’Souza makes a case for tolerance, understanding and freedom of religious expression for all 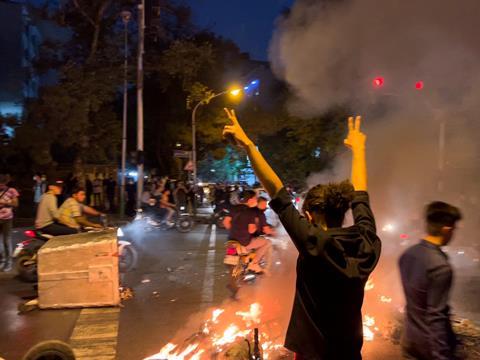 The Iranian women’s uprising that prompted arrests and deaths is difficult to watch.

It started with 22-year-old Mahsa Amini’s death in the custody of Iran’s morality police. She’d been arrested for allowing hair strands to escape her traditional hijab.

Why would relations between Iranian women and its rulers come to this? When will Islam’s religious leaders and political powers realise that when it comes to women’s rights, it is impossible for things to remain the same?

Local oppression cannot be hidden, nor can it be argued that is a local problem. Islam, like all religions, must contend with modern times and the incessant, innate human quest for fundamental rights. With the world’s global communications, increased education, and the freedom to engage in global exchange, people cannot be kept in the dark about what happens in the rest of the world. The world is utterly transparent on issues of human dignity, justice and freedom.

The quest for freedom

The issues are religious as well as traditional. Nowhere in most major religions, including Islam, is the quest for fundamental rights and freedom barred as an act against a god. Traditionally, men in many cultures have oppressed, subjugated or denied women their freedoms and still do, which is perplexing. Combining the two is a lethal cocktail. The Iranian struggle for human freedom comes in a majority Islamic government where the male Mullah’s word is final on issues of women’s culture.

While the world cheers Iranian women who revolt for their rights, they must not turn their struggle into an attack on their religion nor on other women who want to wear the hijab freely and not by force.

In my country of India, for example, exactly the opposite development is at work. In India’s vastly diverse populace, we have both hijab-wearing and hijab-ignoring Muslim students. But in the state of Karnataka, the government has banned Muslim girls from wearing the hijab to school. As a result, many are fighting for the right to wear it. The case has now landed in the Supreme Court.

Some dress codes are understandable. Wearing a burqa has become extremely complex, both in Muslim and other nations, because of the ability for wearers to hide their features and bodies. Reports abound of male and female terrorists hiding themselves under the burqa to carry out violence. Today’s security concerns make it extremely difficult to allow this.

In the case of the hijab, however, critics allege that it is being driven by the Hindu party who are in power in the state. The same government recently passed a stringent anti-conversion law directed mostly against Christians.

Local oppression cannot be hidden, nor can it be argued it is a local problem

As a matter of human freedoms, doesn’t the right to wear or not to wear a religious symbol fall to a decision by the women themselves and not to the state legislature? Will religions put blanket restrictions on dress codes in countries like France and the UK? Can a Christian woman be prevented from wearing a cross? Or a Sikh man from wearing a turban?

In these troubled times, as the world copes with the after-effects of the Covid-19 pandemic, a faltering world economy, a senseless war and China’s tensions over Taiwan, it is more important for religious leaders to compromise aspects of culture for the sake of protecting life. When we are asked to comply for the sake of security, we must not take offence or automatically associate it with discrimination.

What the world desperately needs today are religious and political leaders who adopt the seeking of peace as their chief priority. Without civil harmony, we risk spiraling down into further religious intolerance and violence, and risk the highest good of all people worldwide.