When it comes to evangelising Muslims, truth matters more than hurt feelings

Evangelist Shaun O’Sullivan was arrested after describing Muhammed as a “paedophile”. Although he was later found not guilty of hate speech, some Christians have wondered whether it’s advisable to use such strong language. Hatun Tash often engages in robust debates with Muslims, and believes O’Sullivan was justified in using the term. She explains why 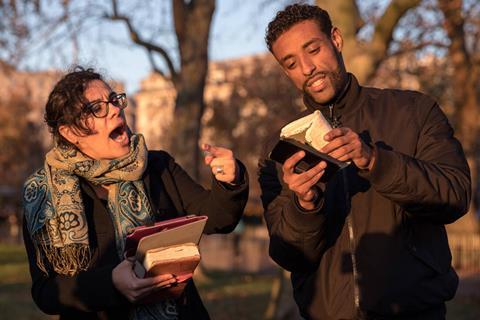 A couple of years ago, an email dropped into my inbox. A Muslim philosopher from South Asia expressed that he was upset, offended and disturbed to hear me call the Muslim prophet, Muhammad, a paedophile.

I had stated that while Muhammad was in his 50s, he had sex with a nine-year-old child. The philosopher decided to check out this claim in order to expose my lies but was shocked to find that when he did so, Islamic sources confirmed that it was true (Hadith 5134).

Even though he was a philosopher, he had never felt the need to properly examine his own faith, yet a true (if shocking) statement from a Christian caused him to walk away from Islam. All praises to our Triune God, he is our brother in Christ today.

Not the cultural norm

Some have argued that Muhammed’s behaviour was common practice in the seventh Century, but it was not. Ancient Roman law, codefied under Augustus before Jesus was born, did not allow marriage below 12 years of age. So this age limit had been in place for more than 600 years by the time of Muhammad’s relationship with Aisha, who became his first wife when she was just six years old.

Is it OK to tell the truth as it is, or should we compromise so that the feelings of non-believers won’t be hurt?

Ancient Persian law in the Sassanid era, when Muhammad was alive, set the minimum age for marriage at 14 years and 3 months. The Persian age of maturity was set during the time of Zoroaster, at least 1,500 years before Muhammad.

Around the world, the story is similar: Chinese laws are first known to have set a minimum age for marriage around 680 BC - more than 1,300 years before Muhammad’s relationship with Aisha. Depending on the dynasty, the minimum age varied between 13 and 15 years from this time until the 20th Century.

Some argue that Mary, the mother of Jesus, was also engaged to be married while still a child. But the Bible does not tell us how old Mary was - although scripture identifies her as a young woman. When she gave birth to Jesus, she was still a virgin. No man had had sex with her.

Whatever Mary’s age, she is not held up by Christians as a perfect example to mankind and nor is her husband, Joseph. That title belongs to our Lord Jesus Christ alone.

As a Christian, l am not told to follow Mary’s example, but Muslims are told to submit Muhammad in everything, at all times.

The Quran identifies Muhammed, a man who married a six-year-old and had sex with her at nine, as the best pattern for mankind. As the Koran is the word of Allah for all time, Muhammed is the example all Muslims are told to follow today.

A couple of months ago, while visiting Yemen, l met young girls who are still being married off because of what Muhammad did to Aisha.

Recently, evangelist Shaun O’Sullivan was arrested for telling his audience some facts about Muhammad and labelling his actions paedophilia. He was arrested for hate speech, but later found not guilty. His case bears some similarities to my own. I too was arrested while street preaching, with the police later apologising and admitting fault. Christian Concern supported both O’Sullivan and myself.

It is the god of Islam who sanctions the marriage and divorce of a child who has yet to have her cycle, in the Quran (Surah 65.4). But as a result of communicating this, Brother Shaun had to deal with the police. Please ponder this: no one expressed sadness about a child forced to have sex with a man in his 50s, but people got upset about a label rightly given to Muhammad.

Many Muslims never think critically about their book or their prophet, so exposing the darkness is doing good to them

This incident opens up a very important conversation within the body of Christ. Is it OK to tell the truth as it is, or should we compromise so that the feelings of non-believers won’t be hurt?

If we cause offence, does this create a barrier to them hearing the gospel?

Even having to have this conversation shows what a sad state we are in.

The King of Kings, the Logic of the Cosmos, our Lord Jesus Christ, identifies himself as The Truth. The truth matters. It can be painful to hear, but it has eternal consequences. It is far easier and more comfortable to live a life based on our feelings and enjoyment. We tell ourselves that feelings matter, and that truth doesn’t matter, because it hurts. Or even if we do value the truth, it needs to be expressed gently, or be compromised in some way so that all will be happy.

But scripture states that The Truth will set people free (John 8:32). And when it says free, it really means free.

Our Triune God, out of his kindness and under no obligation, created mankind. We are all unique and that means there is not one way to reach the lost. We preach the glorious gospel of a glorious God, telling the truth to each unique individual. Throughout scripture, we see how the Lord engaged with his people differently without compromising his character. The Bible shows us how early Christians engaged with the world differently in Athens and in Rome, with Pharisees (Bible experts) and ordinary, everyday people. Yet they did so without compromising the truth, despite the fact that speaking the truth hurt; it was painful for our brothers and sisters to suffer and even be killed.

In today’s society, exposing false ideologies is problematic. When l share the gospel with Muslims, l remember that the Lord made them in his own image; he loves them, he wants them to spend eternity with him and therefore he died for them. But l also remember that Islam keeps 1.6 billion people away from the Lord. Many Muslims never think critically about their book or their prophet, so exposing the darkness is doing good to them. The ideology that Muslims follow is against the gospel of our glorious God. Therefore, it needs to be exposed, so that people can see the beauty of our Lord Jesus Christ.

For an alternative view, read Julian Bond on why ‘evangelism is never an excuse to insult other religions’

Hatun TashHatun Tash is is a well-known Christian preacher who regularly debates Islam and the Koran. An ex-Muslim and convert to Christianity, she is director of the ministry Defend Christ Critique Islam. She has faced threats to her life on multiple occasions and was attacked and stabbed on 25 July 2021 while preaching at Speakers’ Corner in Hyde Park.