Thanks to international pressure, the Indian government has finally renewed the licence of Mother Teresa’s Missionaries of Charity. But there are thousands more Christian organisations still in limbo. In the aftermath of Covid-19, we need them more than ever, says Archbishop Joseph D’Souza 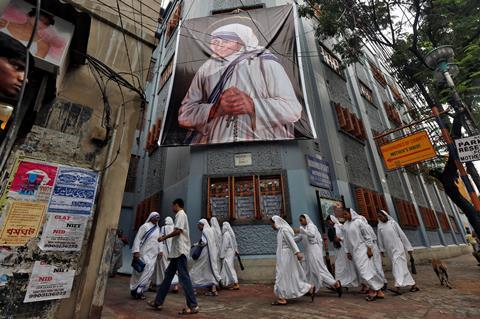 If you could apply for sainthood at the Catholic Church, you would be hard-pressed to find a more impressive resume than Mother Teresa’s. Teresa, who died in 1997, spent decades caring for the poor, sick and destitute in India’s slums. She founded Missionaries of Charity, a Catholic institution that now cares for the homeless and poor in dozens of countries. She received countless humanitarian awards, among them the Nobel Peace Prize. Many considered her a real-life saint and, in 2016, Pope Francis officially recognised her as one. Yet none of this seemed to matter to Indian authorities when Missionaries of Charity tried to renew their permit to operate as a nonprofit (which it has held since 1950) last December.

To those who have been keeping an eye on the state of the nonprofit sector in India, and the treatment of Christians there, it came as no surprise. In 2020, the government amended the Foreign Contribution Regulation Act (FCRA), a law that regulates money that nonprofits receive from overseas. Nonprofits have long complied with the FCRA, but the new changes have seriously compromised their ability to continue operating.

For example, nonprofits can no longer receive funds from each other, even if they are both licensed under the FCRA. This is a blow to smaller organisations who do not have the capacity to fundraise internationally. It is not uncommon for larger nonprofits to partner with other smaller ones; in many cases, doing so is more effective since local organisations understand the issues affecting their communities and are more successful at solving them.

If you could apply for sainthood, you would be hard-pressed to find a more impressive resume than Mother Teresa’s

Another challenge nonprofits face is the requirement to keep administrative expenses at or below 20 per cent of their income. Many charities, especially those who provide immediate relief to people in need, aim to lower their operating expenses to make the most of the money they receive. But there are other organisations, such as those dedicated to research and education, that (understandably) have larger staff budgets. This new rule risks hampering important research.

Finally, the process for renewing nonprofit licences is plagued with problems. The forms are onerous and confusing. All organisations must open accounts at a state-owned bank in New Delhi. Even nonprofits with experienced, skilled staff were unable to finish the process because of technical and bureaucratic problems.

There is a strange irony at play in this whole situation. Prime Minister Indira Gandhi originally instituted the FCRA in the wake of a violent insurgency by a separatist faction receiving support from the Sikh diaspora. It was designed to prevent overseas financial contributions to groups posing a threat to India’s national security. Yet, over the years, changes to the FCRA have resulted in the exact opposite.

In 2014, New Delhi’s high court found several politicians guilty of violating the FCRA. To shield themselves from retribution, they surreptitiously made changes to the FCRA, through amendments in the annual budget, so that it would not apply to them retroactively. They also redefined ”foreign political entities”, enabling Indian companies linked to overseas corporations to donate to political parties through “electoral bonds.”

Prime Minister Narendra Modi wants India to become self-sufficient, an ideal many Indians such as myself support. It will require sustained investment in areas such as education, health care, economic development and agriculture, but India has a rich pool of talent and resources waiting to be tapped into. Nonprofits can help achieve this goal, too, particularly as we reckon with the lingering damage of Covid-19.

Thankfully, the government has relented and renewed the Missionaries of Charity’s licence (no doubt in part thanks to international pressure). But over 5,700 nonprofits remain in limbo. India needs them if we are to emerge from this crisis stronger.