From guns to God: This former heroin dealer is on his way to becoming a vicar 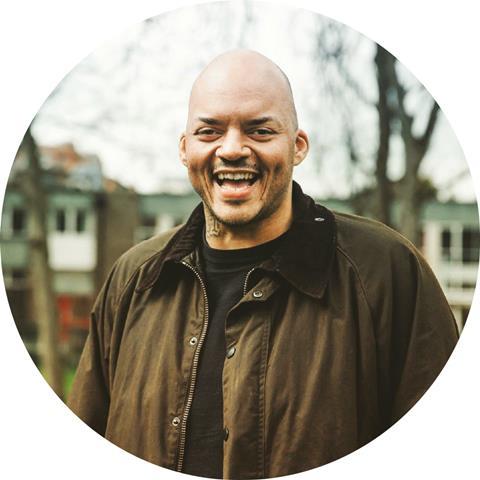 I was born and raised in a busy south London household. It was turbulent, and there was a lot of domestic violence.

Our family had this really promiscuous and inconsistent relationship with religion. Dad would get the Bible out every few months and demand we all sit round the dinner table while he read Psalm 23. Once, he decided we were all going to a Pentecostal service in Birmingham. So we would pack the car and drive for three hours, but we’d never go back again.

When my eldest brother left home, he became a drug dealer. Whenever he came home, he would have stories of treasures and adventures. He always had the newest Nike Airs, and I wanted to grow up and be like him. I was six years old when he came home with a gun. He let me hold it – I remember this vividly.

My brother ended up in Feltham Young Offenders, where I would go with my mother to visit him. I was eight. It was like seeing your superhero locked up in a cage. When I left I turned away because I was crying, and I didn’t want him to think I was weak. When we got into the corridor, Mum hid her face and cried too.

By the time I was in my early teens, I’d lost interest in any kind of academic pursuit and began selling cigarettes in school. I was selling cannabis from the age of 15. In my late teens I was selling cocaine and by the time I was 25, I sold heroin. You never think when you’re a teenager down the park, sitting on a swing and having a spliff, that dealing drugs is going to turn into this huge business where you’re making thousands of pounds. I would shop in Harrods and I had so many vehicles – Mercedes, Range Rovers, BMWs.

By the time I was in my mid 20s I was so into the wealth, cars and lifestyle that I couldn’t care less about other people. I had convinced myself it’s a dog-eat-dog world. I saw a lot of awful, inhumane things. In my social circle I would know the rapist, the raped, the murdered and the murderer. I decided I’m here to make as much money as I can, by any means.

It was hypocritical of me, but I never used drugs myself because I’d seen the damage they’d done to people who took them.

After 20 years of dealing, I decided I needed a cover. So I started volunteering, mentoring young offenders. If anyone stopped me and asked what I did, I’d produce my council ID and say I was a mentor.

The manager was the most grounded, humble individual. My jeans would be worth more than his whole outfit. I’d park my convertible, and he’d cycle to work.

We went to this teambuilding day. There was an icebreaker where you had to say something about yourself that nobody else knew. I thought this manager might might say: “I play Dungeons and Dragons.” But he produced a small box out of his pocket. And inside was a crucifix. And he said: “What you don’t know about me is I’m a Christian and Jesus changed my life.”

I PRAYED AND SAID: “I DARE YOU TO COME INTO MY LIFE, JESUS.”

Something struck me right over the head. I’ve shamefully shot guns, been in knife fights. You name it, I’ve done it. I spent my entire life conditioning myself to have no fear. And then this fella stood up with his chinos on, walked out in front of 100 people and produced the cross. I don’t know if he was scared, but he seemed as cool as a cucumber and announced his faith in Jesus. That was way bigger than anything I could have ever done.

I wanted to know what was making this man tick. So I grabbed him afterwards. He suggested I do an Alpha course.

I went along on the first week and I just remember how friendly everybody was. In my background you don’t say hello to strangers – you don’t even look them in the face!

After week one I thought: They seem alright, they’re not trying to brainwash me yet. So the second week I turned up and put my hand out to the lady to shake it, and she gave me a hug. I was mind-blown. I remember thinking: I’ve never been hugged.

We watched the videos and they said: “If you’d like to invite Jesus into your life, you can.” So I prayed and said: “I dare you to come into my life, Jesus, and do what these people say you can do.” That’s a typical ‘show and prove’ mentality you grow up with in south London. And I kid you not, I felt such a welcoming presence come over me. I knew at that moment that I had encountered something and it was real.

I woke up the next day absolutely buzzing. I hadn’t been that happy or joyful for a very long time. People saw a change in me instantly. I was the happiest drug dealer in the world!

The next day I had a bag of cocaine which I was weighing up. And for the first time in nearly 20 years I saw it for what it was. I thought: Is this my contribution to society? I didn’t realise it, but the Holy Spirit was at work and I just thought: I’ve got to stop what I’m doing. This is madness. I’m poisoning people. 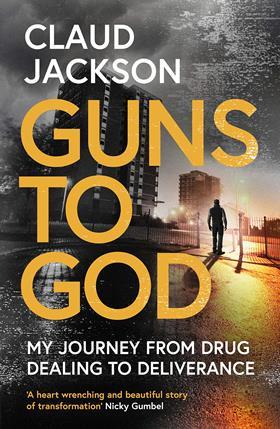 By the end of the Alpha course, God was such doing such a work in my life that I just had to confess to the vicar. And he said: “Well, Claud, you’re going to have to stop that and find a job, aren’t you?” And that was it. I switched my phones off and I’ve never turned them on since.

At the time I became a Christian my eldest brother, whom I adore, thought I had gone mad. He and I are no longer in touch, which hurts, but it’s for the best.

God is amazing. He really has done a work in my life. I’m now an ordinand and so, God willing, I will become a priest in the Church of England.