I was a drug addict. Here’s my advice to Katie Price’s friends and family

Supporting an addict can be hard, says Lauren Windle, who became a Christian five days after attending her first support group meeting. But the prayers and support of those who love you should never be underestimated 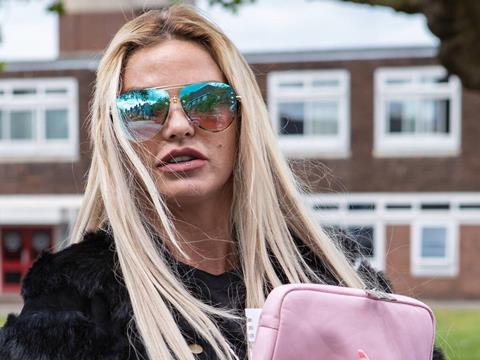 TV personality Katie Price has once again hit the front pages following a car crash which has led to her family publically voicing concern about her wellbeing, adding that the star is now “getting help”.

While gossip pages are filled by speculation and the details of the car crash are unclear, the family’s statement made one thing certain, what Katie needs now is support and care.

In a statement shared to Instagram, they said: “As a family we have for some time been concerned about Kate’s wellbeing and overall mental health. Today our worst fears nearly came true. As a family we have been and will continue to help Kate get the help she needs. We hope that she will realise that she cannot battle her issues alone.”

Having a family member who is trapped in a horrific cycle of addiction is terrifying and desperate. For many, it’s a constant process of confrontations, declarations of change, followed by disappointments. As you try to work out the best way to help them through, staying strong and hopeful can be the hardest thing of all.

I have no doubt that God put me in that meeting. I found faith just five days later

I am now seven and a half years clean from drug and alcohol addiction and there were moments in my using when the people around me couldn’t see how I would be able to break free. My sister typed up my resignation letter for work and moved me into her house. Some friends Googled rehab centres – which were far too expensive. Others sat with me as I cried and helped me strategise ways to make a positive change.

Each of these things helped, but none were the tipping point. 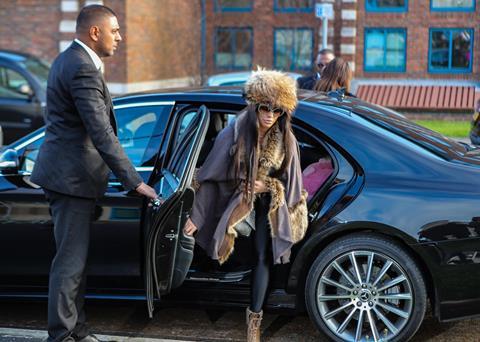 What finally got me was when my friends sat me down and told me that enough was enough. They encouraged me to go to a support group meeting for cocaine addicts and even found the one nearest to my house. I went because I thought it would be great people watching, but what I found were a group of people who knew how I felt before I had even started talking. I was blown away by the way I identified with their experiences and inspired by the courage it had taken them to make a change.

They clubbed together and championed each other, and I wanted to be a part of it.

I have no doubt that God put me in that meeting and that the prayers of my family massively contributed to the way he pulled me out. I found faith just five days later.

I am astounded by God’s grace and goodness in bringing me through that all-consuming and miserable time. For many, my story is an encouragement; a testimony of his ability to transform lives. But I also recognise that for those – like Katie Price’s family – who are in the midst of it and haven’t yet seen an answer to their prayers, it can be very painful.

I remember when my friend Emma said: “You’re so fun without the drugs”

My sister took me to church after the first time I had a break down. When they invited people up for prayer at the end of the service, she sat next to me, desperately praying that I would take them up on the offer. I didn’t.

I remember saying to her that it was really nice, and made sense in theory, but I didn’t feel it in my heart. She was devastated.

I went on to continue drinking and using drugs for another year after that. She didn’t understand why God hadn’t come through the door when I’d “opened” it by coming to church.

What you should know is that God was working and is working for you. Each step you take to support someone you care about - each kind word, gentle challenge or intervention - does make a difference. But you may not be the one who sees it.

This is all I think about when I hear Jesus’ teachings in John 4:36-38: “Even now the one who reaps draws a wage and harvests a crop for eternal life, so that the sower and the reaper may be glad together. Thus the saying ‘One sows and another reaps’ is true. I sent you to reap what you have not worked for. Others have done the hard work, and you have reaped the benefits of their labour.”

What you’re doing, when you reach out to someone in love, is planting a seed. Don’t let the fact that you may not be the person who sees the harvest put you off. Your part is just as valuable.

Every comment and gesture from when I was using was a seed.

I remember when my friend Emma said: “You’re so fun without the drugs.” And when Caroline asked me to check in with her every day while I was on holiday to make sure I hadn’t picked up. I remember every time someone petitioned me to change. None of those things resulted in my sobriety alone, but it all built up to something that eventually resulted in a harvest.

So, what does it look like to sow those seeds? Annoyingly it could be anything, and with addiction it’s about picking your moments.

When the person is regretful, perhaps when they’re hungover or on a comedown, or maybe they’ve just lost a large sum of money gambling, that’s often when they’re most responsive to conversations about their behaviour. Because that’s when it’s easiest for them to recognise they need the help.

Don’t be disappointed if you don’t see change as quickly as you’d hoped and prayed. Sometimes you sow, sometimes you water, sometimes you reap but ultimately, as hard as it is, it’s not your responsibility. That person needs to do it for themselves and Jesus will sort the rest.

As Christians, we have the enormous comfort of knowing that we serve a God who works for the good of those who love him, who have been called according to his purpose (Romans 8:28).

Eight years ago my sister never would have thought this change would come for me, but God chose the time of harvest. And I wouldn’t have it any other way.