‘Quitting booze was the best leadership decision I ever made’

Twelve months after he decided to stop drinking, Carl Beech explains how being a sober leader has led to better physical, mental and spiritual health, and why he’s convinced God is calling more leaders to abstain from alcohol 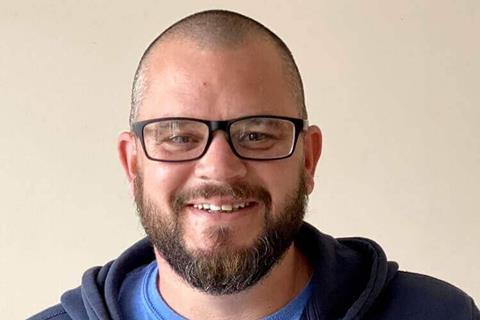 Just over a year ago, I was in Buckinghamshire to preach at a church and, having decided to make a weekend of it, my wife Karen and I booked a hotel and sauntered down on the Saturday. Choosing a half decent restaurant to grab a meal, we decided to walk, both for the fresh air and to allow the option of having a glass of wine or a beer with dinner.

As we walked to the restaurant, I pondered what I might eat or drink. Weirdly though, the thought of alcohol made me extremely uncomfortable. I had this sensation that it would choke me; I could almost feel the froth from the beer congealing in my throat. It was very strange and unexpected, but perhaps there was an explanation.

The stirrings of sobriety

The previous weekend, I had been away with some colleagues and, after a meal, had gone to bed. As I walked up the stairs to my room, I decided that perhaps I would stop drinking for a bit. I didn’t tell anyone, not even Karen, but I wrote “sobriety day” in my phone diary. There were many reasons but, suffice to say, I had been thinking about it on and off for about two and a half years.

I hadn’t been drunk that night and I wasn’t hungover the next morning. I just had this growing discomfort around alcohol, and a deep stirring that perhaps God was speaking to me. I was also bored with booze and frustrated at the devastation I had seen alcohol cause in so many people’s lives.

Finally, there was a growing conviction that I hadn’t wholeheartedly pursued living out a consecrated life, honouring the calling God had placed on me. I had been to various clergy conferences, receptions, meals and soirees over the years and, looking back at the levels of consumption (including my own), I felt it was displeasing the Lord. Yet I had continued to drink. Sometimes too much, and too often.

I had done Sober October and Dry January. I didn’t drink in the week, unless there was a function and had put controls in place. But I started to be super honest with myself. I began to suspect that these rules were, in part, a justification to myself that alcohol was fine and I didn’t have an issue with it. “Jesus was accused of being a wine bibber and supplied fine wine at parties,” I would say. “Paul told Timothy to ‘use a little wine because of your stomach and your frequent illnesses’” (1 Timothy 5:23). I would tell people: “I don’t drink in the week so I clearly don’t have a problem.” Or: “I can go a month without booze, I’ve got controls in place. Clearly I’m not addicted.” And I wasn’t.

But as we sat at that restaurant table, I ordered food and a lime and soda. Karen looked quizzically at me across the table. This was out of character.

The starters and drinks arrived, as did three people who sat at the next table, only a couple of feet away. The couple, who were in their 70s, were accompanied by their son, in his mid-40s and extremely drunk. As they ordered more beers, the son started to talk loudly about women he wanted to have sex with in graphic terms. Not something you want to listen to at any time, let alone when you’re trying to enjoy your scallops and black pudding. It was then that it all escalated.

Rising partially out of his chair, he leaned over to me and said: “What do you think I should do, mate?”

Suddenly becoming aware of Karen, who is an extremely non-confrontational person, I turned back to her and said something like: “I’m so sorry, I really didn’t mean to embarrass you.”

Her reply changed my life. “It’s OK,” she said. “I really liked what you did. You made me feel safe. If you’d had a drink, you might have responded more forcefully but you were calm; controlled.”

It was like a bomb went off in my heart and soul. Made her feel safe!? As a minister of the gospel, that’s a powerful thing to be doing. I then explained what I had been mulling over for the last week. She replied that she had been praying that if there was anything in my life that was blunting the sharp edge of God’s anointing, it would be revealed to me.

A week later, I told God that I would never intentionally let ethanol into my body again. It’s been over a year now and it feels fab.

The holiest of spirits

It turns out that ethanol actively blunts your ability to care about people and things. It’s why good, godly people do bad things; their ability to care starts to deteriorate even after just a drink or two. It’s also a depressant. It may make your shoulders relax after one drink, but after a few more, the melancholy sets it. It’s a trap.

A year on, and I haven’t had a bad morning in all that time. My moods are level and I feel an increased joy. I made some other lifestyle changes and have lost over two stone in weight. I can drive whenever I want; I can be there for family, friends and my community without a thought. I’ve saved money and am far more productive. In fact, I tell people it’s the most productive decision I have ever made. I’ve started ‘Sober Leaders’ facebook group and podcast - for the sober curious and those who already abstain. It seems that God is calling other leaders to this beautiful and freeing lifestyle.

There is significant freedom in discipline. Marriages and ministries have been saved

It turns out that the Bible is right when it says: “Do not get drunk on wine, which leads to debauchery. Instead, be filled with the Spirit.” (Ephesians 5:18). I’m certainly more full of the Holy Spirit; it’s a joy filled thing. Yes, I’ve had to recalibrate my social life, and there have been the odd moments when the invites out have dried up or mates have gone out without telling me. It hurt, but it is worth it for everything I’ve gained.

Alcohol consumption is deeply ingrained in our culture, and giving it up has been contentious. It would be extra biblical to say that you shouldn’t drink. However, I do think more leaders (in particular) should consider sobriety. I have experienced a greater clarity and spiritual authority since being sober, especially as I deal with the considerable fallout that alcohol causes in society. Statistics show that the cost to the UK in policing, health care and social services due to alcohol is off the scale. This is one way I can make a difference.

You have to do it for you though, and in response to the Holy Spirit’s nudge. Ultimately, I just wanted to be the best version of me that I could be - for Jesus, my family and the ministry he has given me.