I am Danielle: This drama starring Letitia Wright raises a huge question for Christians

In a recent interview for her new Channel 4 drama, I am Danielle, Letitia Wright told journalists that her hope lay in Jesus. When dealing with the dark themes and impossible questions that this story raises, I am glad that mine does too, says Lauren Windle 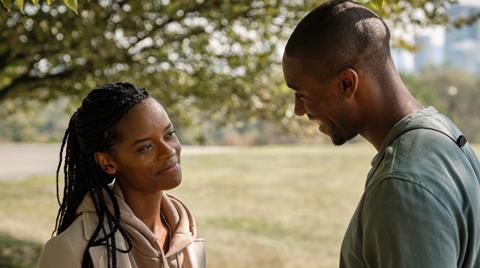 When I first started watching I am Danielle, one of the instalments of Channel 4’s powerful I am… series, I was convinced that it wasn’t just Letitia Wright who was Danielle, but me too.

While Wright’s character Danielle is popular and professionally successful, she is tentative when it comes to relationships. We see her demand clarity, explain that she struggles to trust people and vulnerably say to her new love interest Michael: “Don’t hurt me”.

These are sentiments many people who are dating will relate to. But the show isn’t really about that. It’s actually about forgiveness, sin and healing.

After Danielle and Michael’s relationship is established, the story takes a dark turn. (Spoilers ahead…so if you’d like to be surprised, bookmark this and come back to it once you’ve watched the show)

Danielle is contacted by someone she knew from college who had seen a photo of the new couple online. The woman told Danielle that she had been raped by Michael years ago and that it had caused her a huge amount of trauma and pain.

When Danielle confronts her partner about this, Michael confesses to everything and agrees to do whatever it takes to make it right – including contacting the victim and turning himself into the police.

Looking through the lens of faith

As she navigates this heart-breaking turn of events, we don’t know Danielle’s backstory, or whether or not she is a Christian. But Wright herself has always been outspoken about her relationship with Jesus, despite having been criticised in the past for doing so. She publicly posts about her faith on Instagram and in her BAFTA acceptance speech said: “I identity myself as a child of God and I can’t get up here without thanking God.”

Eventually, Danielle makes the decision that she is not able to continue dating Michael and she breaks it off.

As I watched this unfold, I couldn’t help thinking about a huge question this raises – would Danielle’s response have been different if she had been approaching it through a lens of faith? What would Wright have done under the same circumstances?

This is a nightmare scenario for anyone who is in a new relationship and there are a few things I want to make absolutely clear: firstly, I don’t believe there are right or wrong answers for someone in Danielle’s situation. Secondly, it goes without saying that rape, or any form of sexual assault or coercion is wrong. There are no circumstances where it is ok – there are no shades of grey.

My heart breaks for the huge number of women who have a story to contribute to this conversation. Statistics vary on how many women are actually victims of sexual assault; I’ve heard one in three, I’ve heard 50 per cent, I’ve heard 70 per cent - and even higher. Regardless of the exact figure, it’s a huge number. And on the other side of each of those stories, there’s a man. This is not just one evil man running rampant and hurting all women. This is hundreds of thousands of men, some of them aware of their crimes and others who don’t see their actions as a problem at all.

Should all of these men be outcast, locked up, deemed undatable and left to fester somewhere for their crime? Some would say yes.

If someone who stole something confessed their crime, apologised, made amends and turned themselves in to the police, I wouldn’t judge them. I would probably have deep respect for the way they took responsibility. But, to me, it feels different with rape. But should it?

You can forgive without moving forward together

As a Christian, I am called to forgive as I have been forgiven. But I didn’t rape anyone.

Can I decide which crimes are pardonable and which aren’t?

The more I reflect on Danielle’s decision to walk away, I wonder if I would have done the same. Or if Wright, as a Christian, would have too?

I’ve concluded that Michael, or anyone in his situation who has repented and taken appropriate steps should be forgiven. Surely that’s Christianity 101? Although sometimes the simplest things are the hardest to execute. I wouldn’t blame any victim who found forgiveness a challenge.

But I don’t think forgiving means that you’re obliged to keep the person in your life. You can forgive without moving forward together and sometimes I think that’s the healthiest thing.

We didn’t get to see Danielle’s heart, or whether she forgave his sin, but we do know she chose to walk away. And I think I would do the same. But in the darkness of this complex and disturbing story, I’m not convinced there is a right way to navigate it.

In a recent interview with The Independent ahead of the new drama airing, Wright spoke about how her faith sustains her, saying: ”I probably wouldn’t be alive right now if it wasn’t for Jesus, I probably wouldn’t have been able to cope…The world is so fickle and there’s not much that you can really put your hope in to make you feel whole.”

When faced with a story like Danielle’s I have to agree. It just makes me grateful that God is good and that I, like Wright, identify as his child.