The Christian faith of CS Lewis

CS Lewis’ books communicate some of the most profound truths of the Christian faith in a way that all can understand, and remain classics to this day, says Alister McGrath 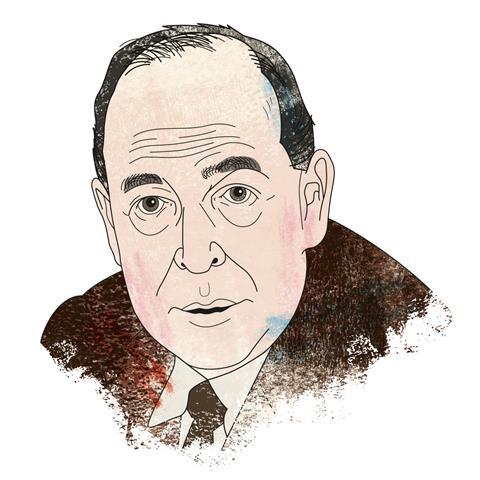 For many, CS Lewis has become the figurehead of an intelligent, reflective and accessible Christianity. His Chronicles of Narnia are widely cited as being among the most influential works of literature of the 20th Century and have gained him a wide readership. Yet as a teenager, Lewis was an aggressive atheist who regarded Christianity as a discredited myth and a relic of a bygone age. So what happened to change his mind?

Born in 1898, Lewis grew up in the Irish city of Belfast. Following the death of his mother from cancer in 1908, Lewis and his older brother, Warnie, were sent to boarding school in England. After unhappy stays at several schools, Lewis’ father eventually arranged for him to be taught privately. He thrived under this new arrangement, winning a place at the University of Oxford to study classics in 1917. However, the start of his studies was interrupted by the First World War. Lewis completed his military service training in Oxford and was wounded in battle in France in early 1918. His experiences of war reinforced his teenage atheism, as he wondered: How could God allow such suffering?

In 1919, Lewis finally began his studies. By 1923, he had gained First Class Honours in both classics and English – a remarkable achievement. After a period of uncertainty over his job prospects, Lewis became an English language and literature tutor at Magdalen College, Oxford. He would remain in this position until 1954, when he took up the professorship of medieval and renaissance English at the University of Cambridge.

Lewis was an atheist when he arrived at Oxford. Yet his letters from this time do not suggest that he found atheism to be satisfactory. Limiting himself to what reason could prove seemed to restrict him to a dull and drab world and stifle his deep intuition that there was more to life than what reason could grasp at unaided. His friendships with Owen Barfield and JRR Tolkien opened his mind to a deeper vision of reality and paved the way for his conversion. In his autobiography Surprised by Joy (Collins), Lewis dates his conversion to the late spring or early summer of 1929, and his shift from simply believing in God to believing in Christianity to September 1931.

As Lewis began to make his mark as a scholar at Oxford during the 1930s, he was also concerned with developing his new Christian faith. How could he respond to issues that had once persuaded him of the truth of atheism – such as the existence of pain in the world?

Lewis was invited to write a short book on this topic in 1940, which was eventually published as The Problem of Pain (Collins). This book explained Lewis’ journey from atheism to Christianity and engaged in the difficulties that the existence of pain and suffering might seem to raise for Christianity. Lewis was now seen as an effective apologist who was able to offer lucid and persuasive responses to objections to belief. The book remains one of the most widely read accounts of this issue.

LEWIS USED STORIES TO DRAW HIS READERS INSIDE THE CHRISTIAN WORLD

The Problem of Pain brought Lewis to the attention of the BBC, who invited him to offer a short series of wartime reflections on the Christian faith. The talks were delivered live in London in August 1941. The public response was highly positive and Lewis was invited to deliver three more sets of talks over the next few years. In these wartime talks, Lewis presents himself as a lay Christian writer and thinker, who has no official standing in any Christian denomination. He was simply offering his listeners reflections on faith, based on his own consensual vision of Christian orthodoxy. Lewis borrowed the phrase ‘mere Christianity’ from the Puritan writer Richard Baxter to describe this approach. He later used this phrase as the title for the 1952 work in which he gathered these talks together. Mere Christianity (Collins) is seen by many as his most important work.

Encouraged by the reception to these books, Lewis devoted more of his time to writing further works which attempted to explain and defend the Christian faith, including The Screwtape Letters (Collins) in 1942 and The Great Divorce (Collins) in 1945.

By the end of the Second World War, Lewis was an international celebrity and acclaimed as a lucid and trustworthy exponent and defender of Christian ideas. Yet Lewis’ growing popularity led his Oxford colleagues to complain that he was neglecting his academic research. It became clear that Lewis could not hope for academic promotion at Oxford.

Lewis was also experiencing difficulties in his personal life at this time. He shared a house with his brother, Warnie, who had retired from military service, and Mrs Moore, the mother of Paddy Moore, an officer cadet with whom Lewis had trained in 1917. Paddy Moore was killed in action, and Lewis, apparently in fulfilment of a promise made to Paddy, undertook to look after Mrs Moore. By the late 1940s, Warnie had become an alcoholic and Mrs Moore was suffering from dementia. Lewis had, in effect, become a carer, distracting him from his writing and teaching. It was a difficult time, yet the works for which Lewis is best known were conceived during this dark period.

THE CHRONICLES OF NARNIA

As a child, Lewis loved reading children’s books, which appealed deeply to his imagination. Yet as an adult, he found religious works dull and alienating. Was there a way to use the genre of children’s books to explore Christian themes in a more engaging and enjoyable manner, he wondered? Lewis hoped that his novels might help many grasp the significance of Christ and the Christian hope in new ways. To judge by the reaction to the Chronicles of Narnia, most of his readers would agree that he succeeded.

The standout book in this collection is The Lion, the Witch, and the Wardrobe (HarperCollins), published in 1950. The following six novels in the series appeared annually, concluding in 1956 with The Last Battle (HarperCollins). Where the Creeds make sometimes opaque theological statements, Lewis used stories to draw his readers inside the Christian world. A good example is the famous account of the ‘un-dragoning of Eustace Scrubb’ in The Voyage of the Dawn Treader (HarperCollins). This brilliantly narrated story allows us to appreciate the ability of sin to capture individuals and render them powerless to break free from its hold. Only Aslan, the great Christ-figure of Narnia, can set Eustace free. To this day, The Chronicles of Narnia remains one of the finest and most accessible re-tellings of the Christian story.

“I believe in Christianity as I believe that the sun has risen, not only because I see it, but because by it I see everything else.”

“Aim at heaven and you will get earth thrown in. Aim at earth and you get neither.”

“A young man who wishes to remain a sound atheist cannot be too careful of his reading. There are traps everywhere.”

“The Christians who did most for the present world were just those who thought most of the next.”

“All their life in this world and all their adventures in Narnia had only been the cover and the title page: now at last they were beginning Chapter One of the Great Story which no one on earth has read: which goes on forever: in which every chapter is better than the one before.”

“I have come home at last! This is my real country! I belong here. This is the land I have been looking for all my life, though I never knew it till now.”

In 1954, Lewis left Magdalen College, Oxford, and settled into a new role at Magdalene College, as the University of Cambridge’s first professor of medieval and renaissance English. It was a happier period in Lewis’ life, which allowed him to reconnect with the academic world and publish some substantial scholarly works, as well as some of his most popular Christian writings, such as The Four Loves (Collins) in 1960.

During this period, Lewis married Joy Davidman, an American divorcee, who tragically died of cancer in 1960. In response, Lewis wrote one of his most challenging books, A Grief Observed (Faber and Faber), which remains a classic account of the human grieving process and the role of Christ’s sufferings in Christian reflection on this. By this stage, Lewis himself was unwell. He died at home on 22 November 1963 – the same day that President John F Kennedy was shot dead in Dallas, Texas.

The writings of CS Lewis leave a rich legacy which has continued to impact the life of believers, even after more than 50 years. What can we learn from him? In closing, let me offer three bite-sized suggestions. First, Lewis gathered a group of friends around him to encourage and critique each other’s writings. The Inklings – which included Tolkien – is now widely regarded as a model of such a support group. Writers (and preachers) benefit from feedback and support from their peers. So do we all.

Second, Lewis realised that his own personal history could be used apologetically. Lewis was a former atheist who knew why he had become a Christian – and thus felt he could speak credibly to an atheist readership and explain why he had changed his mind. We all have our own histories that God can use. Your story matters. Share it with those around you. 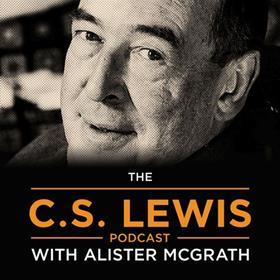 And third, and perhaps most importantly, Lewis reassures us that Christianity makes sense of our world and our lives. It gives us a framework within which we can live, flourish and worship. Lewis’ writings can help us explore our faith, encouraging us to go further up and further in to its riches. He has helped many – like me – to grow in their faith through his wisdom, carefully crafted analogies and stories. Perhaps this short introduction may help you to get more out of reading – or re-reading – Lewis.

Find out more on The CS Lewis Podcast with Alister McGrath

Alister McGrathAlister McGrath is Andreas Idreos professor of science and religion at the University of Oxford, and author of the award-winning biography C.S. Lewis: A Life (Hodder & Stoughton). Find out more on The CS Lewis Podcast with Alister McGrath. Download it at cslewispodcast.com. His latest book, What's the Point of Theology: Wisdom, wonder and wellbeing (SPCK) is available now.