Rings of Power is deeply spiritual and brims with timeless themes 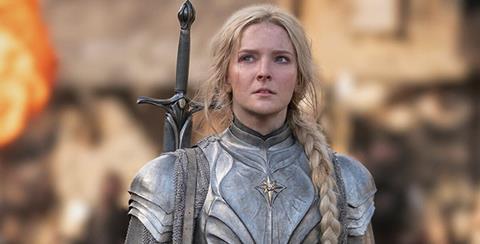 People of every age tend to read and recast their past (and past fiction) in line with their own concerns.

Rings of Power, Amazon’s billion-dollar prequel to The Lord of the Rings (HarperCollins), is no exception. This is Middle Earth for the 21st Century.

Most obviously, while The Lord of the Rings had few central female characters, Rings of Power serves up a phalanx of formidable women.

Galadriel, far from the withdrawn, forest-bound figure portrayed in the book, is the commander of the northern armies, with the agility of Legolas, the horse-craft of a rider of Rohan and the swordsmanship of a turbocharged Aragorn.

In similar vein, the Númenorians are led by the stately Queen Regent Míriel, who, once persuaded of the danger brewing in Middle Earth, is mithril-jawed in her determination to suppress it. Even at the rustic end of the map, the villagers of the Southlands are brought together by Bronwyn, the healer-elder, and the Harfoots’ chief adventurer is the pre-teen Nori. And all this is presented as unremarkable; the most natural thing in the world.

At a deeper level, perhaps the key question is whether the new series captures the theological worldview, rooted in Tolkien’s Catholic faith, that underpinned LOTR and which might, had Tolkien lived to do his own final edit, have even more deeply permeated The Silmarillion (HarperCollins), the stories on which Rings of Power is based.

Galadriel responds as many a bewildered but faithful Christian has: “I cannot yet see it.”

Certainly, there are traces of Eden in the portrayal of Galadriel’s youth in the Undying Lands, and a clear pointer to a paradise filled with effulgent light in the presentation of the re-entry into the Light of Valinor.

Similarly, the connection is made between the health of the natural world and the goodness - or otherwise - of the creatures that inhabit it. Evil causes creation to groan. So, as the Orc threat grows undetected in the Southlands, the coming darkness manifests itself in sickness in the Southlanders’ cows.

Of course, unlike C.S. Lewis in The Chronicles of Narnia (HarperCollins), Tolkien doesn’t give us an obvious Christ figure. Rather, he locates his characters in a realm caught between a quasi-demonic and a benign power, with a wisdom beyond all that of Middle Earth – “a deeper magic”, as Aslan put it in Narnia. A someone who has this whole world in their hands.

Durin IV, the king of the Dwarves, recognises this. At one point, he refuses his son’s request to dig deeper into the mountain for the mithril that can save the Elven race. He’s wary of stirring some darkness that will doom his own people. For him: “The fate of the Elves was decided many ages ago by minds much wiser, much farther seeing than ours.” And while this seems callous to his son, and perhaps initially to us, the irony is that his son’s earlier disobedience has already wakened that very evil which readers of LOTR know will bring Dwarven devastation and defeat.

This sense of a guiding hand, of a deeper purposeful mover, is also central to Galadriel’s worldview. After the Orcs’ devastating victory, she tries to share that perspective with Theo, the teenage Southlander. He is crushed by the guilt of his pivotal, if unwitting, role in his people’s defeat. “But,” she says, “I believe that the wise also look in our hearts.” The echo of 1 Samuel 16:7 is there: “the Lord looks at the heart.”

She continues: “There are powers beyond darkness in this world. Perhaps on days such as this, we’ve little choice but to trust to their design, and surrender our own.” Theo demurs: “My home is gone. Where’s the design in that?” Galadriel responds as many a bewildered but faithful Christian has over the centuries: “I cannot yet see it.” It is said neither in doubt nor in presumptuous triumphalism.

Rings of Power is also, like LOTR, nuanced in its portrayal of evil and creaturely weakness. So, Galadriel recognises how the celebration of victory over evil can be the very soil in which evil can grow: “Every war is fought within and without. Every soldier must be mindful. Even I. Even you.” And yet she, too, can be caught in that very snare. In her interrogation of Adar, the Orc leader, she says: “And even if it takes me all of this age, I vow to eradicate every last one of you.” Adar astutely replies: “It would seem that I am not the only elf alive who has been transformed by darkness.”

How often have dominant races used derogatory names to describe people created in the image of God?

Indeed, one of the surprises of Rings of Power is its ability to make us view the Orcs with some sympathy. Arguably, the most tender moment of the season is the loving gentleness with which Adar strokes the cheek of a dying follower. You can see why they call him Adar, which translates as ‘father’. Have we been just a little racist towards the Orcs? As Adar points out to Galadriel: “each one has a name. A heart. We are creatures of the one master of the secret fire, the same as you. As worthy of the breath of life and just as worthy of a home.”

It is reminiscent of Shylock’s plea on behalf of Jews in Shakespeare’s The Merchant of Venice: “If you prick us, do we not bleed? If you tickle us, do we not laugh? If you poison us, do we not die? And if you wrong us, shall we not revenge?” In the same scene, when Galadriel calls Adar’s people ‘Orcs’, he replies: “Uruk. We prefer Uruk.” How often in Western history have the dominant races used derogatory names to describe other people created in the image of God? How often do we still?

Rings of Power brims with timeless themes for rich conversation – identity, purpose, guilt, shame, fear, courage, sacrifice, death, race, duty, beauty, creation, eternity, love, God… Yes, it takes us into another world but, like the best fantasy, it has much to say about ours, and about us.

The Lord of the Rings: Rings of Power is streaming now on Amazon Prime

Mark GreeneMark Greene is Mission Champion at the London Institute for Contemporary Christianity (LICC) His latest book is A Life of Grace: a tribute to Queen Elizabeth II