5 short stories that are all about God 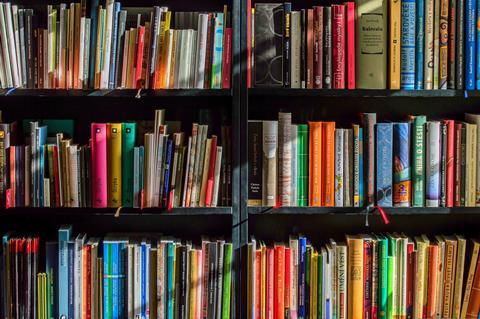 During the pandemic, I managed to maintain base-level sanity by bingeing short stories.

Many of us perhaps thought that successive lockdowns would see us read all the novels we had precariously stacked on our bedside tables, but it’s amazing how tiring and distracting having to stay at home can be.

The joy and genius of the short story is that it’s over quickly; five, ten, twenty minutes and you’re done. You are left with an emotional punch from the ending and with the sense of having achieved something – an all-round win. If a novel is a full meal, a short story is nouvelle cuisine: stripped of all extraneousness and condensed into the jus of a single, crystalline idea.

I’ve happened upon a number of tales which speak indirectly about the Christian story. Their oblique themes have helped me approach some stories almost as devotionals. Here are five that I think you might like.

1. The Three Hermits by Leo Tolstoy

A Bishop insists his ship is steered to a remote island, whereupon three elderly hermits live a spartan existence focused on seeking salvation for their souls. Upon meeting the hermits, the Bishop learns that their search for God is confined to the prayer: “Three are thee, three are we, have mercy on us.” The Bishop proceeds to teach them the Lord’s Prayer before leaving the island. In a bizarre moment of magic, the hermits chase the ship down on foot, remorsefully confessing they have forgotten the prayer. Seeing their faithfulness, the Bishop humbly tells them: “Your own prayer will reach the Lord, men of God. Pray for us sinners.”

2. The Worker in Sandalwood by Marjorie Pickthall

14-year old Hyacinthe, a carpenter’s apprentice, is left alone on Christmas Eve to finish crafting a cabinet for Madame. Fearing his master’s thrashings and emitting great sobs of despair, Hyacinthe is interrupted by a knock at the door. “Let me help you…I was also bred a carpenter,” says a man. The message is perhaps a little twee in its transparency, but Pickthall wasn’t trying to bamboozle; she was simply writing a cosy, reverent tale about how God is ever-watchful and how his help, even when given at the eleventh hour, can transform the messiest situations into something beautiful.

3. The Man of the Night by Edgar Wallace

A powerful tale of forgiveness and salvation told with a deftness of touch from the man who wrote King Kong. A jilted man plans to murder his wife when a mysterious figure appears to accompany him through the night. “A man has thought and will of his own,” the stranger insists, and yet the innermost thoughts of the would-be murderer are exposed even in darkness: “The stranger knew all.”

Never explicitly recognised as Jesus, this story nevertheless carries the moral that darkness is as light to God, nothing is hidden and, even in our bleakest, most carnal moments, he is there, often silent, whispering redemption.

A travelling entertainer, Barnaby, grows weary of his troubadour lifestyle and decides to enter a monastery. Despite his best efforts to be pious and devout, Barnaby experiences guilt and shame that he cannot read or pray as the other monks. Discovering a statue of Mary in the crypt, he resolves to show his devotion in the only way he knows - juggling. Dancing, flipping and twirling his way to win divine favour, he exhausts himself and collapses - only for the statue to come to life and wipe the sweat from his brow.

The message: worship is simply using the gifts that God has given you. Whatever your gifting, no offering is too meagre to place before the Lord. As the story’s final line says: “Blessed are the simple-hearted, for they shall see God.” Come as you are.

5. The Man by Ray Bradbury

Taken from The Illustrated Man collection (Flamingo) - which may be the finest collection of short stories out there - this is a moving and masterful vignette based upon two lines in Psalm 139: “Where can I flee from your presence? If I go up to the heavens, you are there.”

Captain Hart and his rocket crew are colonising the universe in the name of human progress. Landing on a new planet, they find the inhabitants uncommonly disinterested in their arrival. The reason: they have just received the Messiah. Captain Hart refuses to believe the testimony and sets off across the galaxy to track down this suspected fraud. But ‘The Man’ never left. He was there the whole time, ready to be received. Bradbury’s displacement of humanity into future space frames the beauty of the incarnation wonderfully. Though the application of the gospel may look different to alternative cultures, there is no corner of the universe where Christ cannot offer redemption.