Giving extravagant presents to rulers of nations is a custom which dates back thousands of years, and continues to this day. Lois Tverberg unpacks what it tells us about Christ and his kingdom 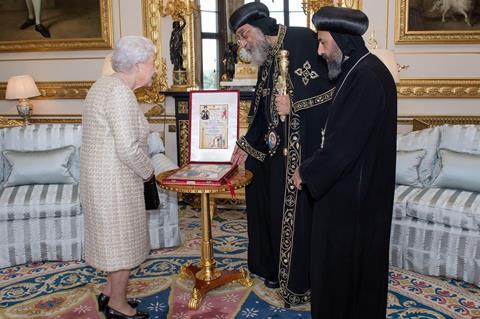 When I visited the UK in 2018, I viewed some of the Queen’s personal collection on display at Buckingham Palace. Her state rooms are filled with paintings, jewellery, weapons and artwork of all kinds. The opulent finery and fabulous wealth was breathtaking.

Coming from a more humble background, it was hard not to see this gift exchange as wasteful. Couldn’t the funds have better served the poor? Yet this custom has been in place for thousands of years around the world. It functions to reinforce relationships between leaders and establish diplomatic ties between countries.

The tradition is present in many biblical scenes in both the Old and New Testament. When the Queen of Sheba visits Solomon in 1 Kings 10, she comes with vast quantities of gold, expensive spices and “precious stones” in order to pay homage and establish a relationship with the powerful young king. Other leaders of conquered lands also came with gifts of tribute, not merely for diplomacy but to pay taxes, as required, to King Solomon.

This picture of a king, so great that other kings would pay homage to him, was also used to describe the coming Messiah. The figure was to be the promised Son of David, who would have a great kingdom without end. Not only would he be king over Israel, but he would also reign over the whole world! Psalm 72 looks ahead to that reality: “Endow the king with your justice, O God, the royal son with your righteousness…May the kings of Tarshish and of distant shores bring tribute to him. May the kings of Sheba and Seba present him gifts. May all kings bow down to him and all nations serve him. For he will deliver the needy who cry out, the afflicted who have no one to help… Long may he live! May gold from Sheba be given to him. May people ever pray for him and bless him all day long.” (Psalm 72:1,10-12,15).

These images provide clues to the puzzling scene in Matthew 2 when wise men bring gold, frankincense and myrrh to the newborn Jesus. They were likely ambassadors from the courts of foreign regimes who wanted to honour the great king who had been born in Israel. We can see why Herod wanted to destroy him, the one who was prophesied to become king over the whole world!

GIVING A KING HIS KINGDOM

Extravagant displays of wealth were presented to kings on other occasions too. After a war had been won, the spoils of battle were paraded before him. A king would receive much wealth on behalf of the state, including treasures from palaces and temples, animals and even prisoners, who would become forced labour. On another occasion, when a king was appointed to office, he would receive the greatest gift of all – the kingdom over which he was to rule. In Psalm 2 we read about the Messianic king: “I have installed my king on Zion, my holy mountain. I will proclaim the Lord’s decree: He said to me, ‘You are my son; today I have become your father. Ask me, and I will make the nations your inheritance, the ends of the earth your possession’” (Psalm 2:6-8). 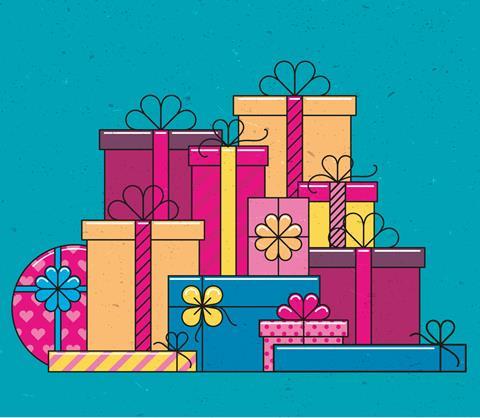 It’s quite amazing to imagine someone being given a whole nation as his possession. Only after we’ve seen the fabulous wealth that is heaped upon human royalty throughout history does this seem possible or reasonable. A similar scene is found in Daniel 7: “There before me was one like a son of man, coming with the clouds of heaven. He approached the Ancient of Days and was led into his presence. He was given authority, glory and sovereign power; all nations and peoples of every language worshipped him. His dominion is an everlasting dominion that will not pass away, and his kingdom is one that will never be destroyed” (Daniel 7:13-14).

Here too we are viewing a king being given an entire kingdom, along with the authority to reign over it. Not just any kingdom, but one that contains all nations and will never end.

There is one other very surprising place where we find the imagery of royal gifts. Most readers are familiar with the prophecy of Isaiah 53, of the servant who God would send to suffer for the sins of his people. One important line in that passage, however, is widely overlooked. Look closely at verse 12: “I will give him a portion among the great, and he will divide the spoils with the strong, because he poured out his life unto death, and was numbered with the transgressors.”

CHRIST IS BEING GIVEN AN ETERNAL REWARD FOR HIS SUFFERING

In many English translations, this sounds like weak praise. God’s servant seems to be just one hero among many. He will get a prize for his efforts, along with others who are strong. Several scholars, however, think that this translation doesn’t communicate what the Hebrew is actually saying. Listen to how this line is translated in the Jewish Publication Society Tanakh: “Assuredly, I will give him the many as his portion, He shall receive the multitude as his spoil.”

The speaker here is God, and the servant is not just “among the great”. He’s being given the multitudes. He’s not dividing his spoil with others – the people are his spoils. He’s being awarded with vast numbers of people because of his suffering on their behalf. Wow. Isn’t this a stunning thought? God’s servant doesn’t just deserve mild praise, he deserves multitudes of people to be given to him.

Isaiah 53 is using the same language that Psalm 2 and Daniel 7 use for proclaiming a new king. Christ is being given his eternal reward for his suffering – the kingdom of those he has redeemed, who will serve him and celebrate with him forever!