Jeff Lucas: ‘A night intruder tried to break into my house’ 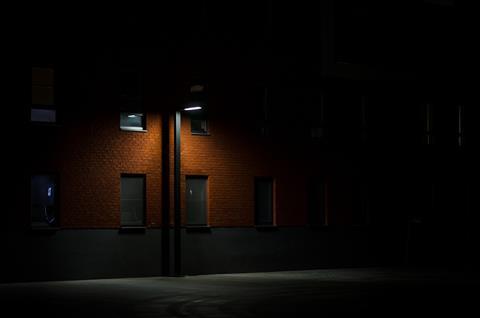 They silently tiptoe through the shadows, eager to break and enter without detection. But when an uninvited visitor recently stopped by our home at 3am, he loudly announced his arrival. I woke up with an adrenaline-fuelled start. Why on earth would someone deliver a deafening punch to our bedroom window?

I nudged Kay, my heart racing. “Are you awake?” I enquired. “Yes,” she whispered. And then quite unnecessarily, she added: “Are you?” Now was not the time to discuss the impossibility of a sleeping person being able to have a chat. It seemed that we were being burgled. “What do you think that noise was?” Kay asked, fear thick in her voice. “I don’t know, darling,” I murmured. “Why don’t you go and check it out? I’ll stay here in bed and offer prayerful support.”

I didn’t really say that, although I wanted to. Instead, I quietly pushed back the covers, grabbed my dressing gown (it isn’t good to greet burglars naked) and inched my way towards the offending window. “Bang!” There it was again! Now I was literally shaking.

I slowly cracked open the blinds and, after a few seconds, spotted the culprit. He was angry, panicked and aggressive, his beady eyes narrowed in attack.

Later I would come to call him Robin. As in the common garden bird, that is. Apparently the robin is one of many bird species that are fiercely territorial. If they spot their own reflection in a window, they go on the offensive, flying full tilt at the glass. Headbutting glazing is not good for the brain, and so they fall to the ground, readjust their slightly wonky beaks and, after a few minutes of recovery, repeat the whole exercise again. And again. And again.

In short, they are pursuing a totally pointless practice and never learn from their headaches. I wanted to rush outside and remonstrate: “Look, birdbrain, you’re attacking you! Stop this madness right away!”

But I did not, and so the dull thudding continued.

Lest we think disparagingly about Robin, let’s know that we human beings are rather gifted at emulating such behaviour. A little biblical history shows that God’s people, who had their sights originally set on a promised land, repeatedly meandered around in circles for decades. They sinned, repented, sinned, repented…endlessly. “They forgot” is an oft-used phrase to describe this cycle. And we are no different. 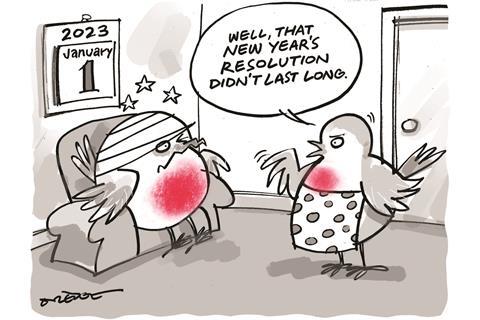 Instead of picking ourselves back up and learning from our failures when we stumble, we repeat them. We bruise our heads and hearts with lifestyle choices that God prohibits, not because he is a cosmic killjoy, but because he loves us. And then we become vulnerable to the one furtive intruder that never announces its arrival – addiction.

When we quietly surrender to enslavement, we don’t get a text officially confirming our servitude. Denial thickens our chains. We insist that we can give that habit up anytime we please, but we never put that self-deception to the test.

As the new year beckons – with hope, uncertainty and challenges mingled – may we have the clarity to choose freedom, and the humility to ask for God’s empowerment. In a season when we often make annual resolutions that don’t last a week, may we be those who live wisely and beautifully. Surely then we will have a happier, more blessed year, as we seek to please God rather than just ourselves. As for me, I have to go. I just heard a noise. Robin’s back.