Could Jesus have been female?

Q: Is there a biblical or theological reason why Jesus had to be a Jewish male? Could God have come in female form – and would she have been taken seriously if she had? 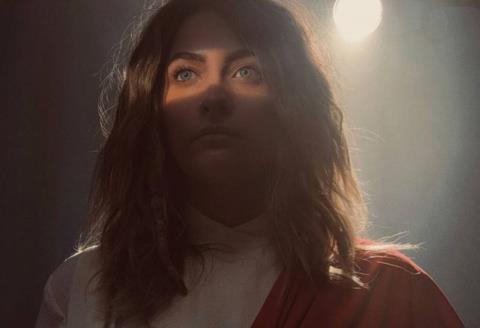 Jesus was depicted as female in Bella Thorne’s movie, Habit. Thousands of Christians complained about the “blasphemous” portrayal

Answering this question is rather like answering: “Could you have had different parents?”

Immediately you think: “Well, of course I could.” And then you say: “But no, I wouldn’t have been me and how would that have worked?” You quickly get into an infinite regress of unlikely possibilities.

There are people who say: “If Jesus had been born in Saudi Arabia or Timbuktu, it wouldn’t have mattered.” Or: “It didn’t matter that Jesus was born a Jewish man in the first Century.”

However, if you pull back and ask of the Christian revelation: “Did it have to be like that?” then there is a question about whether God is constrained by factors working on him, or whether God is free to do whatever he wants. And those are big, and quite difficult, questions.

The entire biblical story is about God as the creator, making a world within which humans have a vital role to play in taking his purposes forward. As theologians look back at that in the light of Jesus, we can see that God made a world in which humans play a vital role so that he could, ultimately, come and take on that vital role himself.

However, after humans rebelled, God called one particular human, Abraham, along with his wife, Sarah, to start the process of rescuing that project. And Jesus came as the fulfilment of that purpose. So, again, it looks as though God called Abraham to be his covenant partner so that God himself could become the covenant partner by becoming human, and by taking the entailment of that human wickedness on himself.

That bring us right into the middle of the gospel story, at which point we can see that Jesus certainly had to be Jewish. But it still leaves open the question: did he have to be male?

It looks as though, in the strange economy of God, we have been created as male and female with different, complementary roles. (Please note that I’m not endorsing so-called complementarian theology here. There are a lot of other things going on there!)

The point is: the roles that men and women have aren’t identical. For example, God himself becomes human, as a male Jesus of Nazareth, and then we who follow Jesus are described in the New Testament (like Israel is described in the Old Testament) as his bride. We are ‘the bride of Christ’. So, there is a sense of completion there.

When you get down to the bigger issues of what’s actually going on in this whole story, there is a completeness – and a satisfying wholeness – to the way God entered into his own story through a Jewish man called Jesus.

Tom answers listener’s questions every week on the ‘Ask NT Wright Anything’ podcast. Hear this response in full on Episode #61 – Could Jesus have been female?