Cat was a drug addict who found faith in Jesus. She met her husband in recovery and led him to God as well. But his use of pornography triggered previous trauma for Cat and nearly ruined their marriage. It’s why she’s so passionate about helping others break free from it’s grip 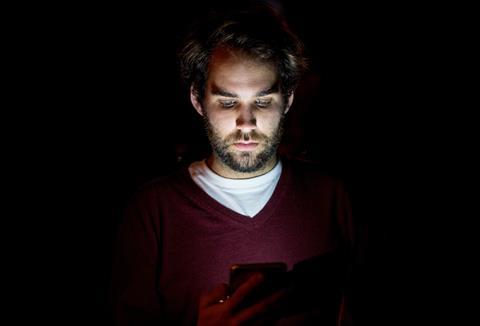 Sitting on holiday celebrating my husband Dave’s birthday by the beach, life was finally beginning to seem normal. We had been married for two years, and having both come from challenging circumstances, we had just discovered faith together and were exploring spirituality at the same time. It was fresh, exciting and peaceful. I asked to use Dave’s phone to search for something online, and noticed his internet search history tab. I curiously clicked…and seconds later, my world crashed into a thousand pieces. Dave had been viewing online pornography.

I was speechless and wondered if this would be the end of my marriage. I sat there in shocked silence, trying to pluck up the courage to speak up and get answers.

In the middle of pain and trauma, it was a daily struggle to live in forgiveness

I’d spent ten years addicted to drugs and committing petty crime. I’d gone through rehab three times before finally finding freedom. At one stage, both of my children were taken from my care by social services, and my parents stopped speaking to me. I was caught up in a world of ignorance and arrogance, not recognising how bad my addiction had become. I thought rehab was for ‘real’ drug addicts and celebrities, and I thought I could keep going forever in this destructive lifestyle. I had also used sex as a currency, a tool to get what I wanted. It helped me survive years of drug addiction. But I was never addicted to sex like others had been.

When I met Dave in an alcoholic support group, I was warned not to marry someone from a similar background to me, but then we both became Christians. He was the first person I’d led to Jesus and we started this incredible spiritual journey together.

But although I wanted to forgive Dave for the deception he brought into our marriage, forgiveness is far from easy. Christians often refer to it as a spiritual discipline, but I know how difficult it is to apply. When I was in the depth of my pain and trauma, I often felt added shame and guilt for feeling like I wasn’t ready to forgive. Nonetheless, I tried to exercise forgiveness even when I didn’t necessarily feel like I wanted to.

When we value the relationship we have with the person who has hurt us, we can be naturally inclined towards forgiveness, but we may also feel frightened that they might hurt us again. We may want to attempt to recalibrate power in a relationship, and it’s really normal for this barrier to present itself - it’s what we’d call a forgiveness dilemma.

Dave had been viewing online pornography. My world crashed into a thousand pieces

There were times I would seek to exercise the discipline of forgiveness, and times I found it really hard. In the middle of pain and trauma, it was sometimes a daily struggle to live in forgiveness with my husband. What helped most with this was committing to work though the challenges I had with my own pain, creating a sense of internal safety and working on my own self-worth so that forgiveness didn’t feel like such a threat.

I first found out about Naked Truth Project when I heard founder, Ian Henderson, speak at Spring Harvest. I loved what the charity was doing, but knew there needed to be help for those who had been betrayed by partners who had sex addiction issues. I didn’t want others to feel how I had felt, so alone and afraid. I trained as a life coach, launched my own business and began to volunteer for the charity. Soon, I began to work for them. Today, I see transformation every week.

People who hear my story cannot believe where I came from. I live a healthy, stable and happy life. I’m clean. My husband is clean. We have a great marriage. I feel passionate about helping others recover from addiction and trauma. You can be free, you can get better… there is hope! Whatever your situation, whether you’re stuck in a pornography rut or you’ve been hurt by a partner, I want to encourage you to get help and truly believe that your situation can be different. If my life can change, anyone’s can, thanks to the power of God and the work of the Holy Spirit!

For information on the support services offered by Cat and the team, visit thenakedtruthproject.com