3 lessons for the Church after the Yorkshire Cricket racism scandal

Jon Kuhrt reflects on the lessons for both sporting and Christian institutions, following the racist bullying of Azeem Rafiq 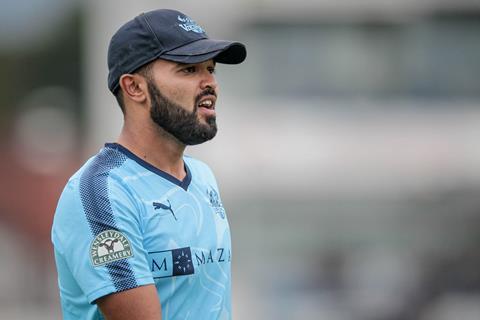 Yorkshire County Cricket Club (YCCC) is one of the most famous sporting institutions in the world. They have won the County Championship a record 33 times and have produced cricketing legends such as Sir Len Hutton, Fred Trueman, Geoffrey Boycott and the current England captain, Joe Root.

But even within cricket’s conservative culture, YCCC have a reputation for a stubborn form of traditionalism. They do things their way. For example, until 1992 YCCC did not allow anyone to play for the them unless they had been born within the geographic county boundary. None of their rivals had a similar rule but Yorkshire CCC was different. And proud of it.

This week YCCC has been front-page news for the way they have handled racist bullying towards former player, Azeem Rafiq. The treatment he received made him consider taking his own life.

Eventually, the club commissioned an independent enquiry but then kept the findings secret. And despite its damning conclusions, they decided internally that no disciplinary action would be taken against any staff or players.

The fallout for YCCC could not have been worse. The scandal has gone beyond cricket, with MPs denouncing the club and a string of major sponsors pulling out. The club are now suspended from hosting lucrative Test Matches.

The chairman of YCCC resigned yesterday and said in an interview with the BBC: “What I have seen is a culture that is locked in the past, that finds its difficult to accept challenge and change.”

This quote highlight issues which are relevant far beyond cricket and I want to highlight three areas relevant for churches and Christians.

1. The importance of inclusivity

The racial injustice faced by Azeem Rafiq again highlights the need for authentic diversity and inclusion.

I live in a very diverse part of south London. Sport and church have been the ways I have connected most with people from different backgrounds to myself. My church community has people from over 50 different nationalities coming together each week. And I have learned more about Islam and Hinduism from cricket team mates than anywhere else.

Diversity is a strength but of course it is not easy or straight-forward. At our church the Black Lives Matter movement prompted painful but vitally important discussions about how we handle difference. Many white members (like me) have been challenged by what we have heard from Black and Asian brothers and sisters.

From the start of the church’s life, it has been a multi-ethnic movement. A key indicator of the authenticity of Christian faith how it changes how we relate to people who are different to us.

Azeem Rafiq has been clear that the racism he faced was not just down to a few individuals making comments but an institutionalised problem. As the former Chairman confirmed, it is the club’s culture that is the core problem.

Similarly, we make a mistake if we think that the high profile scandals that have affected the Church in recent years, such as Ravi Zacharias, Jonathan Fletcher and Mark Driscoll, are simply because of individual ‘bad apples’. As Lee Furney, a survivor of Fletcher’s abuse, said, “Bad apples grow on diseased trees.”

We must accept that, like sports clubs, churches often have institutional cultures which tacitly allow, sustain and overlook terrible behaviour. Too often, talent and ‘success’ means that some individuals are seen as beyond proper accountability.

Clubs or churches might be full of decent and well-meaning individuals but sometimes they fail to see they are part of cultures which are institutionally dishonest and unjust. We need organisational humility and a more systemic and institutional understanding of what change and transformation means.

3. A commitment to the truth

The core problem with how YCCC have treated Azeem Rafiq comes down to the basic issue of how they have handled truth.

Individuals and institutions often fear truth being exposed because of the cost and damage it could cause. This is often the case in church scandals where committees and elders worry more about reputational damage than the truth.

But of course, it is often the concealing of truth that multiplies damage. It is often cover-ups and deceit that ruin reputations more than the original wrong-doing.

The Church has unique resources to be truthful. This is because our faith is based on God’s grace. This means forgiveness and a new start is always available – if we are prepared to face the truth. Like the prodigal son, both individuals and institutions need to ‘come to their senses’ and commit to turning around and changing.

Christians have to watch settling for a cheap version of grace which pretends things are resolved when they are not. The cross is our reminder that God’s grace is costly. Jesus was full of grace and truth.

I am a strong believer in the power of sport and in the good news of Jesus. And I love it when both my cricket club and church live out their different missions with inclusivity and commitment.

Human institutions are always frail and flawed. We must resist being stiff-necked reactionaries who resist change and cover-up wrong. We must remember that any institution is only legitimate in as far as it serves the mission for which it exists.

And more than ever, our world needs the benefits that great sport and authentic faith can bring.